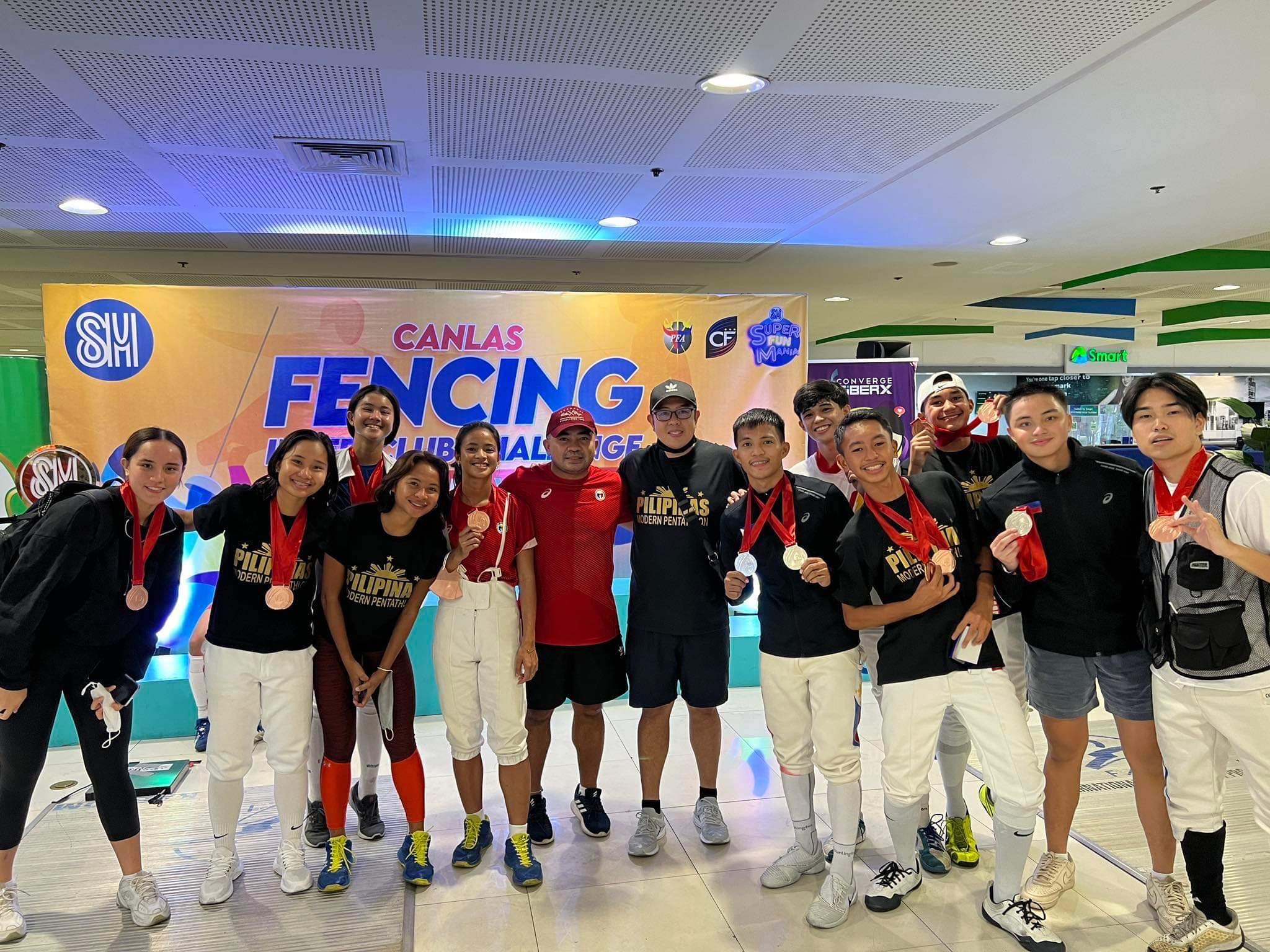 Victoria Ebdane of CF/Home School Global bagged the gold medal in the U12 Women’s Foil as she bested Jodie Danielle Tan of CF/St. Jude College School in the finals 5-4. Victoria Paula Malvar and Yuna Samuelle Canlas – also from CF – settled with the bronze medals.

Ebdane teamed up with Nicol Amethyst Canlas and Erich Chloe Corpus as CF 1 defeated CF 2 of Willa Liana Galvez, Christine Morales and Tan 36-25 in the U12 Team Women’s Foil.

In the U12 Men’s Foil, Inigo Divinagracia of CF/Ateneo edged Jaime Yupangco of Republic Fencing 10-4 in the finals, while Lucas Palafox of CF/Southridge and Rayne Louie Maravilla of QC-SEP earned bronze medals during the four-day meet held May 26 to 29.

In the U17 Men’s Foil, Keonn Landon Davies of CF/MIIS won the gold, and Louis Marti Shoemaker of CF/UE earned the silver, while Brynt Ember Gale and James Limuel Lim – both from CF – settled with bronze medals.

Cabaero and Felipe helped UE win the gold medal in the U23 Men’s Foil Team with Gale and Avit Obzunar against CF’s Davies, Lim, Shoemaker and Dustin Jarett Tan of CF/SJCS. Clyde Lorenzo and Yllac Javier Guinto, Diego Rafael Son and Manuel settled with the bronze for CF/Paref.

In the U10 division, Jaden Shoemaker of CF won the gold in the Men’s Foil, while Yuna Nanlas of CF claimed the title in the Women’s Foil. Canlas also helped CF win the U10 mixed team with Jonie Laurene Ching, Merida Amber Diaz and Christine Morales.

In Epee, Modern Pentathlon’s Alexa Larrazabal (U17 Women’s) and JR Rex Dela Cruz (U17 Men’s) clinched the gold medal in the respective events. Cyrylle Anne Schofield of UE and national team player Jian Miguel Bautista captured the gold medals in the women’s and men’s U23 divisions.

UE won against MP for the U23 Men’s Team Epee title, and also emerged victorious against QC-SEP in the U23 Women’s Team Epee.