Nessel calls out Oxford school board after meeting with students, parents 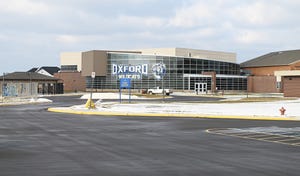 Michigan Attorney General Dana Nessel called out the Oxford Community Schools Board of Education on Tuesday, a day after meeting privately with community members about what led up to the Nov. 30 mass shooting at the community’s high school.

In a letter to school board members posted on her office’s Twitter account, she reminded the elected officials they have the power to provide for the safety and welfare of students.

“To put it plainly, the families you serve want transparency and – as board members – you have an obligation to provide it,” she said in the letter.

On Monday evening, Nessel held a listening session with parents and students.

“Though there were a wide array of opinions expressed, the overwhelming concern shared by all in attendance was a deep desire to learn more about what happened,” Nessel said in her letter.

In the letter, she offered for a second time to perform an independent investigation into the events leading up to the shooting at Oxford High School.

In December, the Oakland County district declined an offer from Nessel to conduct a review of the shooting. Nessel told the board Tuesday the costs of the investigation would be borne by her office and it would be conducted “as not to interfere with the ongoing criminal proceedings” being handled by the Oakland County Prosecutor’s Office.

She also set a deadline.

“In order to ensure you have sufficient time to convene as a board to discuss this offer, I am respectfully requesting a response to my offer by May 20th, 2022,” Nessel said.

“The listening session with parents and students in Oxford was incredibly informative,” she wrote to the school board members. “Though there were a wide array of opinions expressed, the overwhelming concern shared by all in attendance was a deep desire to learn more about what happened.”

Last week parents of Oxford High School students and one survivor of the Nov. 30 mass shooting made emotional pleas for improved safety measures inside the school.

Two parents accused school officials of failing to create new policies and procedures to make their children feel safe. They also said they were angry that Oxford Community Schools hasn’t hired a company to perform a third-party review of the rampage that left four students dead and seven other people wounded more than four months ago.

Oxford school board President Tom Donnelly was not immediately available for comment on Tuesday. Donnelly said last week a subcommittee of the school board is in the process of vetting potential companies to do the review.

“As we have more information gathered, an update will be given to our community in an upcoming school board meeting,” Donnelly said in an email to The News.

The district did not go into lockdown, which some parents challenged on social media. Lake Orion did lock down, and Clarkston sheltered students and staff in place.

On Thursday, Hana’s father, Steve St. Juliana, and her sister, Reina, who survived the shooting, filed a civil lawsuit against the district and several administrators.

The school had about 1,650 students in classes on the day of the shooting with about 100 teachers and staff, according to the Oakland County Sheriff’s Office.

In March, the district announced it will create a three-year recovery plan and hire a recovery coordinator and an executive director of student services and wellness to address student mental health needs.