Russia pours in more troops and presses attack in the east 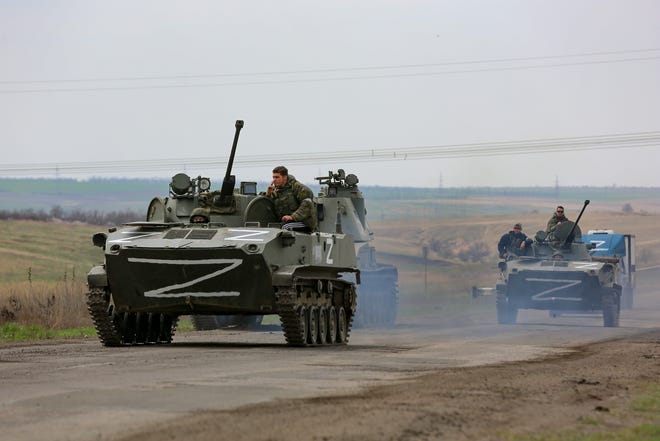 Kyiv, Ukraine — Russia assaulted cities and towns along a boomerang-shaped front hundreds of miles long and poured more troops into the country Tuesday in a potentially pivotal battle for control of Ukraine’s eastern industrial heartland of coal mines and factories.

If successful, the Russian offensive in what is known as the Donbas would essentially slice Ukraine in two and give President Vladimir Putin a badly needed victory after the failed attempt by Moscow’s forces to storm the capital, Kyiv, and heavier-than-expected casualties nearly two months into the war.

The eastern cities of Kharkiv and Kramatorsk came under deadly attack, and Russia also said it struck areas around Zaporizhzhia and Dnipro west of the Donbas with missiles.

Social media: For Russian diplomats, disinformation is part of the job

Explainer: How Russia’s eastern push in Ukraine may unfold

‘Not my life’: An apartment block reflects the new Ukraine

Russian artillery hit nearly 1,300 Ukrainian military facilities and over 1,200 troop concentrations over the past 24 hours, Konashenkov said. The claims could not be independently verified.

In what both sides described as a new phase of the war, the Russian assault began Monday along a front stretching more than 300 miles (480 kilometers) from northeastern Ukraine to the country’s southeast. Ukraine’s military said Russian forces tried to “break through our defenses along nearly the entire front line.”

A senior U.S. defense official, speaking on condition of anonymity to discuss the Pentagon’s assessments of the war, said the Russians had added two more combat units, known as battalion tactical groups, in Ukraine over the preceding 24 hours. That brought the total number of units in the country to 78, all of them the south and the east, up from 65 last week, the official said.

That would translate to about 55,000 to 62,000 troops, based on what the Pentagon said at the start of the war was the typical unit strength of 700 to 800 soldiers. But accurately determining Russia’s fighting capacity at this stage is difficult.

The U.S. official said that the offensive in the Donbas has begun in a limited way, mainly in an area southwest of the city of Donetsk and south of Izyum. 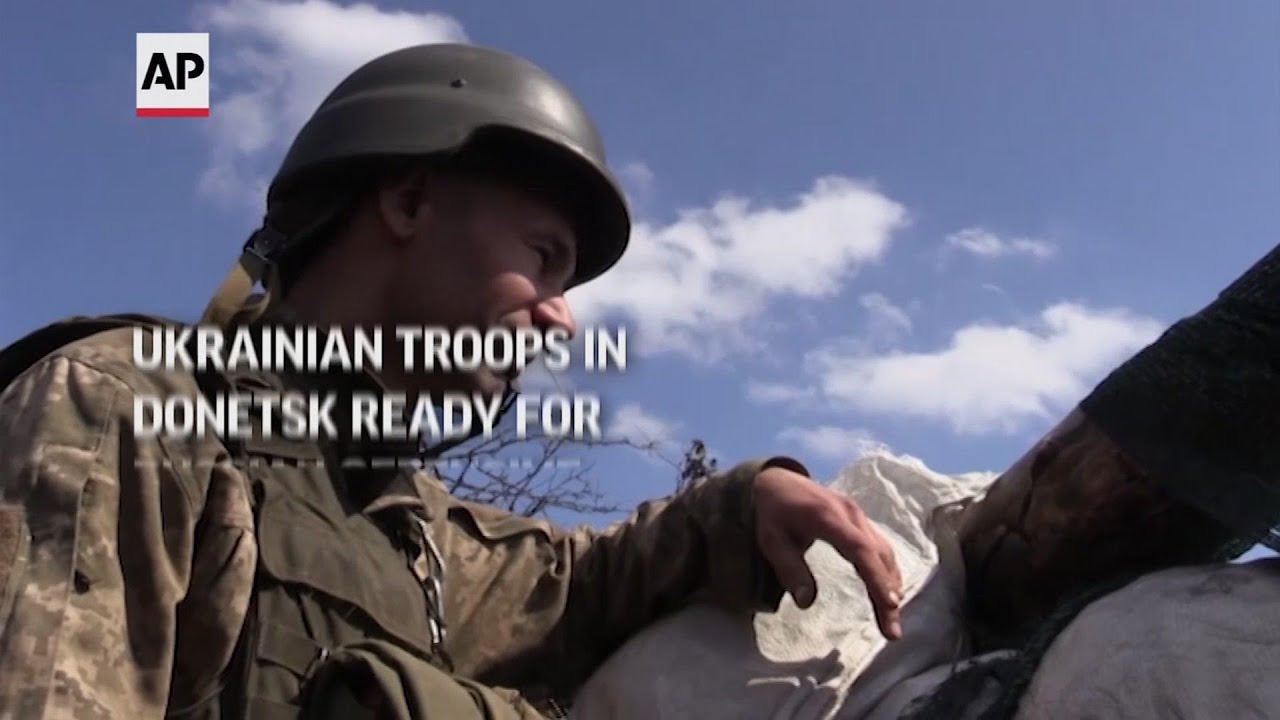 European and American arms have been key to bolstering Ukraine’s defense, helping the under-gunned country to hold off the Russians. Dutch Prime Minister Mark Rutte told Ukrainian President Volodymyr Zelenskyy on Tuesday that the Netherlands would send “heavier material,” including armored vehicles.

Associated Press journalists in Kharkiv said at least four people were killed and three wounded in a Russian attack on a residential area of the city. The attack occurred as residents attempted to maintain a sense of normalcy, with municipal workers planting spring flowers in public areas. 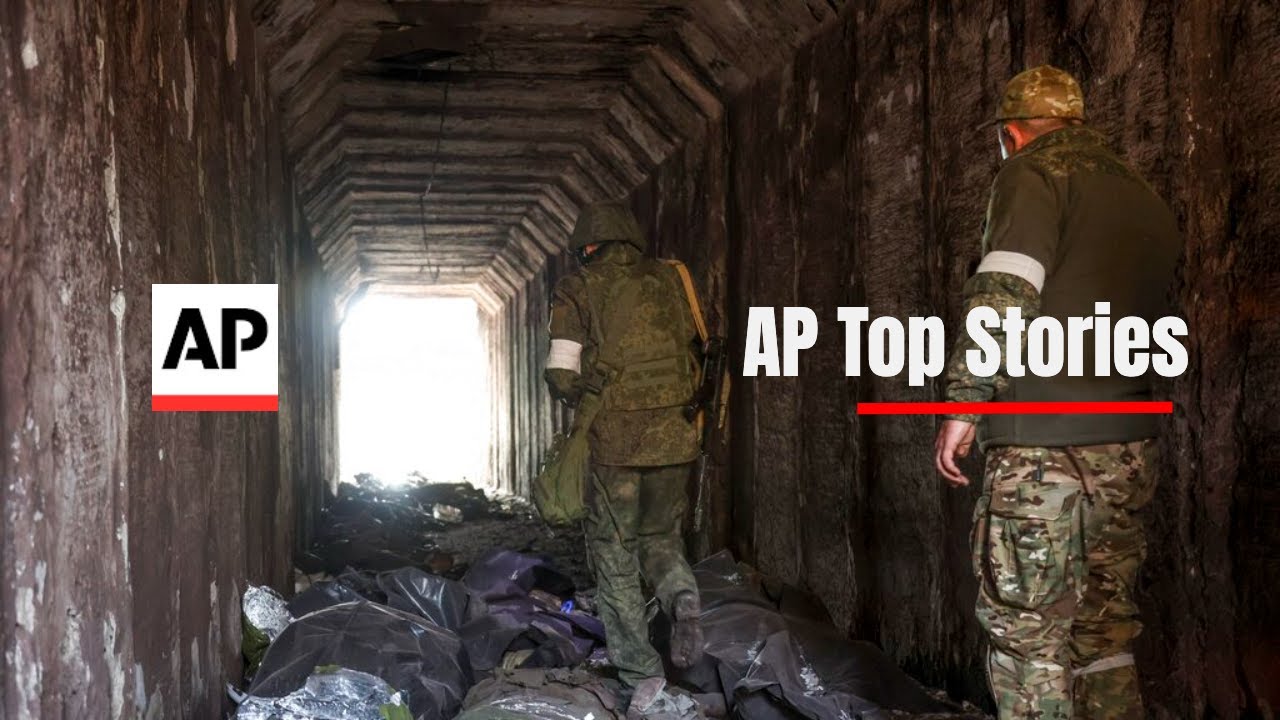 Key to the campaign is the capture of Mariupol, the now-devastated city in the Donbas that the Russians have besieged since the early days of the war. Taking Mariupol would deprive Ukraine of a vital outlet to the sea and complete a land bridge between Russia and the Crimean Peninsula, seized from Ukraine from 2014.

It would also free up Russian troops to move elsewhere in the Donbas.

A few thousand Ukrainian troops, by the Russians’ estimate, remained holed up in a sprawling Mariupol steel plant, representing what was believed to be the last major pocket of resistance in the city.

On Tuesday, Russia issued a new ultimatum to the Ukrainian defenders to surrender, saying those who come out will “keep their lives,” and said a cease-fire was being declared in the area so the combatants could leave the plant.

The Ukrainians have ignored previous such offers, and there was no immediate confirmation a cease-fire occurred.

The Kremlin-backed leader of Chechnya, Ramzan Kadyrov, whose forces have taken part in the fighting in Mariupol, said on a messaging app that Russian forces would root out the Ukrainian resistance within hours and take full control of the steel mill on Tuesday.

Kadyrov is known for his bluster and has repeatedly predicted the city’s fall in the past.

Associated Press journalists Mstyslav Chernov and Felipe Dana in Kharkiv, Ukraine; Danica Kirka in London; and Robert Burns in Washington contributed to this report, as did other AP staff members around the world.