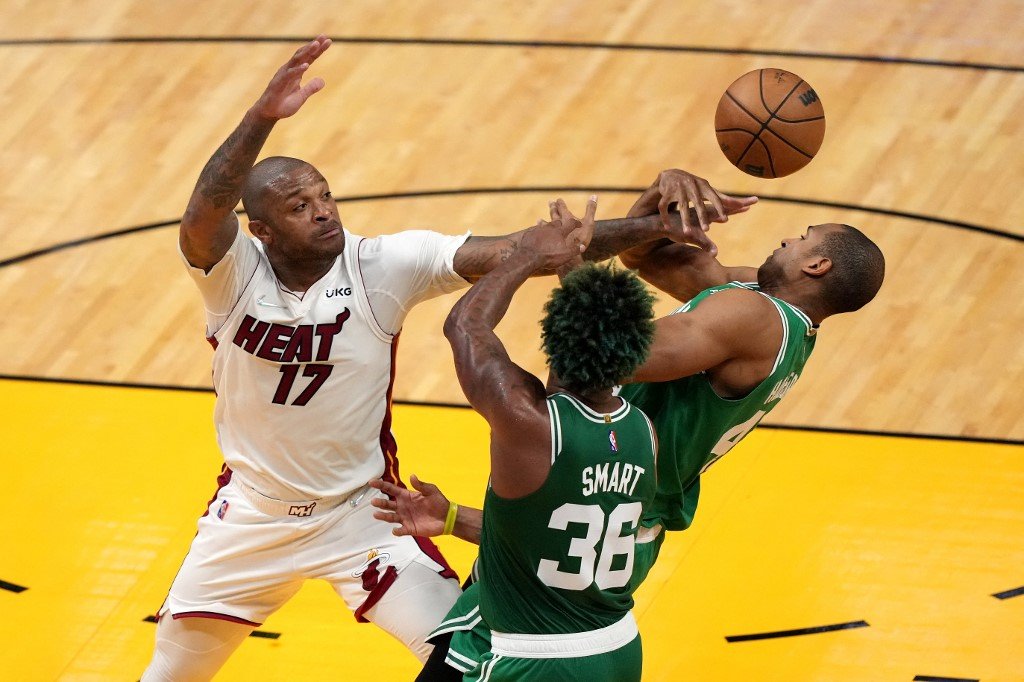 PJ Tucker #17 of the Miami Heat fights for the loose ball against Al Horford #42 and Marcus Smart #36 of the Boston Celtics during the second quarter in Game Two of the 2022 NBA Playoffs Eastern Conference Finals at FTX Arena on May 19, 2022 in Miami, Florida. Eric Espada/Getty Images/AFP

The Heat announced a short time later that the 37-year-old veteran wouldn’t return to Game 2 of the best-of-seven series.

Tucker had five points and four rebounds in 22 minutes before exiting.

Tucker contributed five points and six rebounds in 31 minutes during Miami’s 118-107 victory in Game 1 on Tuesday.

Miami also played without point guard Kyle Lowry (left hamstring strain) for the eighth time in the past 10 games.