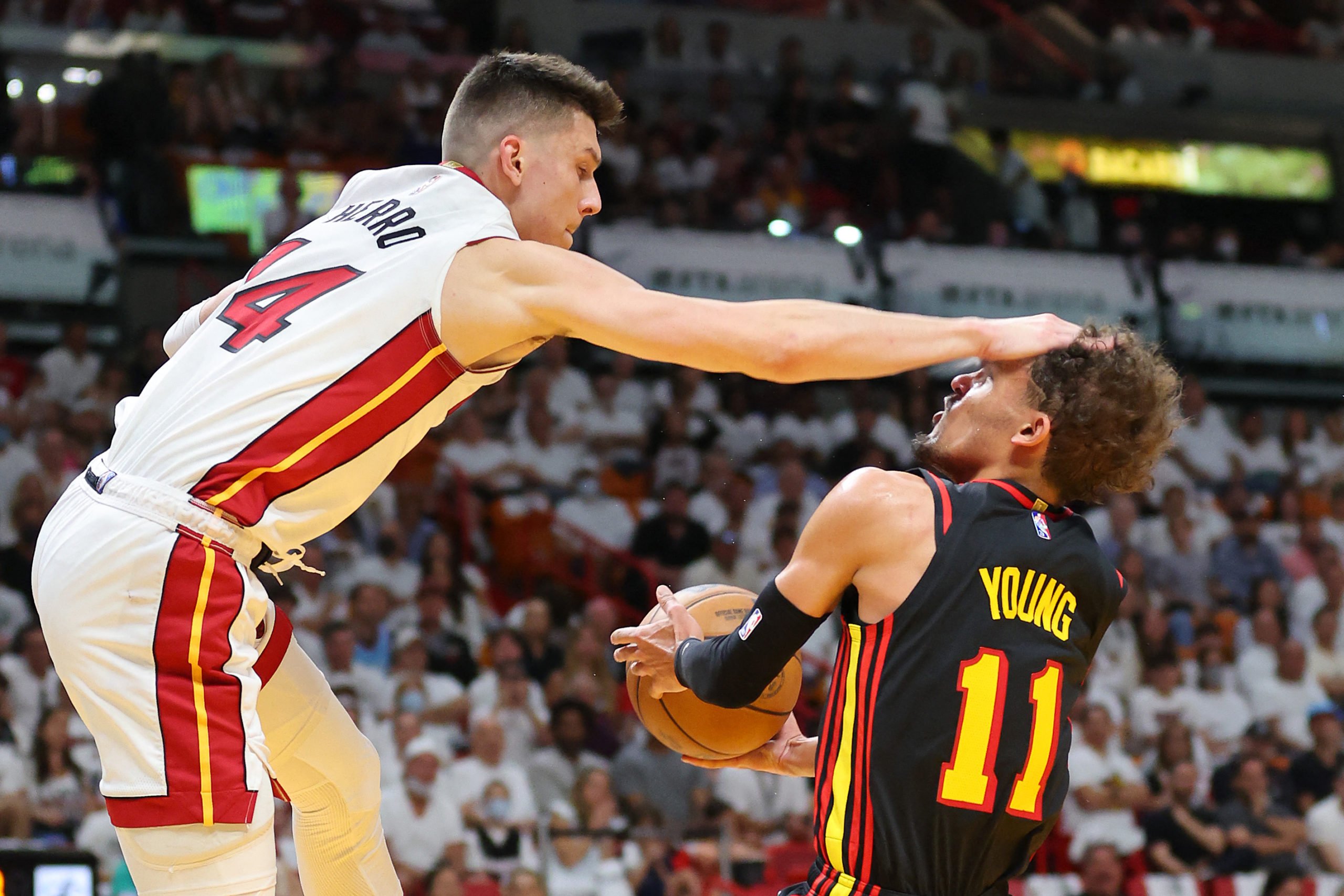 Tyler Herro  of the Miami Heat fouls Trae Young of the Atlanta Hawks during the first half in Game One of the Eastern Conference First Round at FTX Arena on April 17, 2022 in Miami, Florida.  (Getty Images via AFP)

Robinson sparkled by making 9-of-10 shots, including 8-of-9 from 3-point range, while Jimmy Butler added 21 points and P.J. Tucker contributed 16 for the Heat, who seized a 1-0 lead in the best-of-seven first round series.

“We saw the confident Duncan,” Butler said. “He doesn’t care what anybody thinks. He saw some threes and he made them and that’s what we need from him.”

The Hawks and their star guard Trae Young suffered through a miserable night against Miami’s defense.

“Just make it physical on him, challenge every shot, make him pass,” Butler said of the Heat’s strategy to shut down Young. “He can score in bunches and we don’t want him to do that.”

Atlanta opened with its worst-shooting quarter and worst-shooting half of the season. Although they started 3-of-17 from the floor, the Hawks trailed only 23-17 after the first.

Miami surged ahead in the second quarter to a 59-40 halftime lead.

Asked if their defensive scheme had worked perfectly, Butler admitted, “We were really close. They missed a lot of shots.”

The Hawks welcomed back forward John Collins, who missed the past 18 games with foot and finger sprains, but were without star big man Clint Capela, out with a right knee injury.