NBA: Hawks’ Clint Capela out at least a week due to knee injury 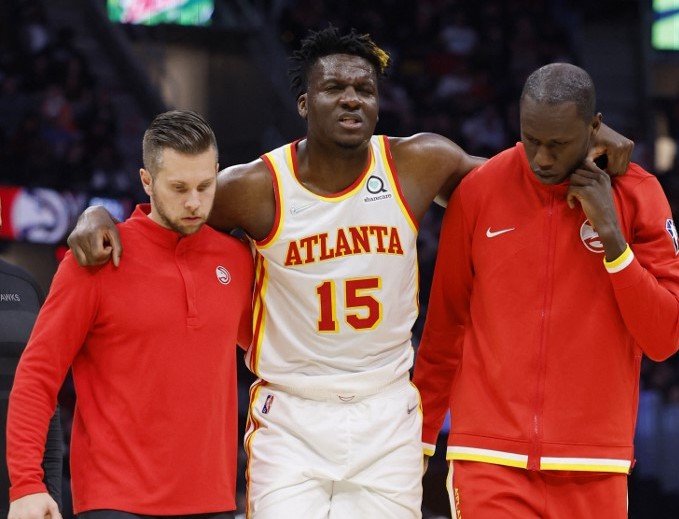 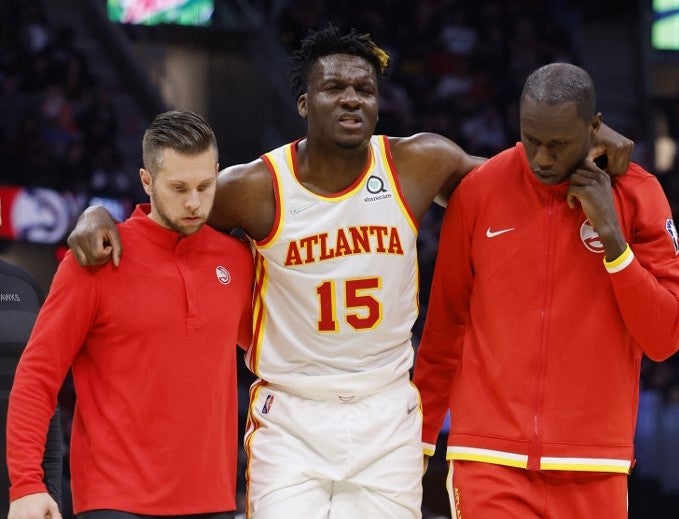 Clint Capela #15 of the Atlanta Hawks is helped off the court after he is injured in the first half against the Cleveland Cavaliersat Rocket Mortgage Fieldhouse on April 15, 2022 in Cleveland, Ohio. Rick Osentoski/Getty Images/AFP

Atlanta Hawks center Clint Capela, who suffered a right knee injury during the Hawks’ 107-101 Friday night play-in game win over the Cleveland Cavaliers, is out at least a week per a report from ESPN.

The veteran played just 13 minutes against the Cavs before getting hurt with 30.7 seconds left in the second quarter. Cleveland’s Evan Mobley, fouled from behind by Capela, tumbled into Capela’s leg, causing Capela to leave the game.

He scored seven points on 3-of-3 shooting and notched eight rebounds before exiting.

On Saturday, Capela underwent an MRI examination that revealed no structural damage. The exam took place in Miami, where his team has traveled to take on the top-seeded Miami Heat as the No. 8 seed in the Eastern Conference playoffs.

He is expected to be reevaluated in a week, which will cause him to miss a significant portion of the first-round playoff series, at minimum.