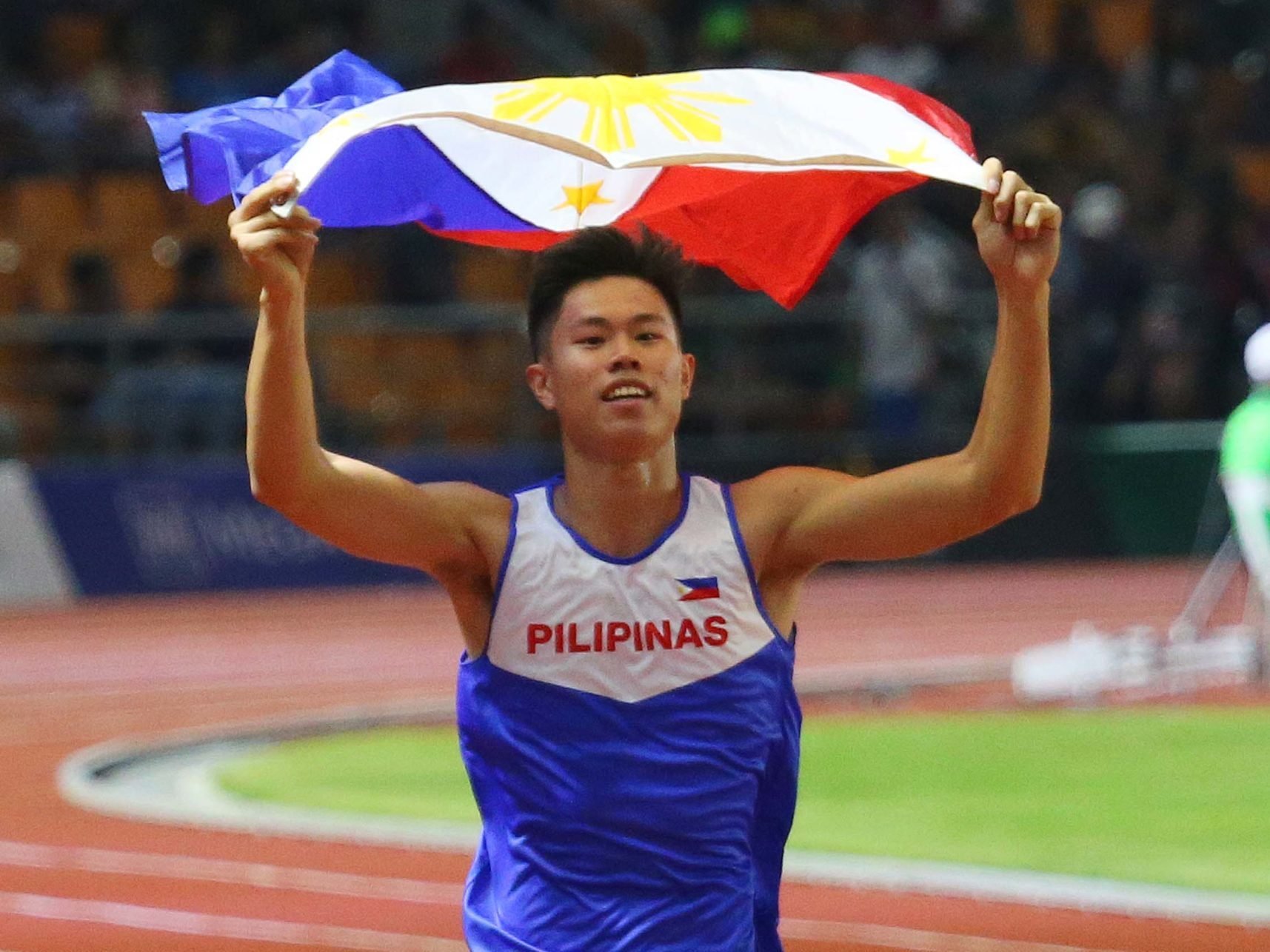 MANILA, Philippines — EJ Obiena will be the country’s flag-bearer in the parade of nations of the 31st Southeast Asian Games on May 12 at MNy Dinh National Stadium in Hanoi, Vietnam.

The Philippine Olympic Committee, initially, nominated Obiena to hold the Philippine flag together with Tokyo Olympic Gold medalist Hidilyn Diaz. But the SEA Games allow only one athlete to be bestowed with the honor.

“There could only be one flag bearer for each country. We nominated Hidilyn and EJ, but it was turned down,” Philippine Olympic Committee president Rep. Abraham “Bambol” Tolentino said. “Like Hidilyn, EJ has all the qualifications to be our flag bearer.”

Diaz expressed her full support of Obiena as she believes the pole vaulter is the “story of every Filipino athlete who fights to bring home pride and glory to the country.”

“I’m very happy to see EJ as our flag bearer for Team Philippines,” said the gold medalist of the 30th SEA Games. “I’m happy for him and the rest of the Philippine delegation. I will support him.”

Obiena, who won gold in the 2019 edition of the biennial meet with a commanding leap of 5.45 meters, is honored to be chosen as the Philippine flag bearer.

“It’s an honor. I was heading home after training here in Formia [Italy] when I received the message,” said the 26-year-old, who tallied a new Asian men’s record of 5.93 meters he set last year in Innsbruck, Austria, last year.

Obiena, who recently settled his liquidation issue with the Philippine Athletics Track and Field Association (Patafa), vows to defend his crown in the SEA Games.

“All I can do for now is to train harder and be better, and smarter,” he said. “I really want to defend my SEA Games title.”

The 6-foot-2 pole vaulter is one of 656 Filipino athletes who will be defending the country’s overall championship in the Games that Vietnam is hosting for only the second time since 2003.

Team Philippines, which will compete in 39 of the 40 sporting events, will fly to Vietnam in batches with the main bulk set to leave on May 10, two days before the opening ceremony.

“We are fielding a fighting team,” Tolentino said.