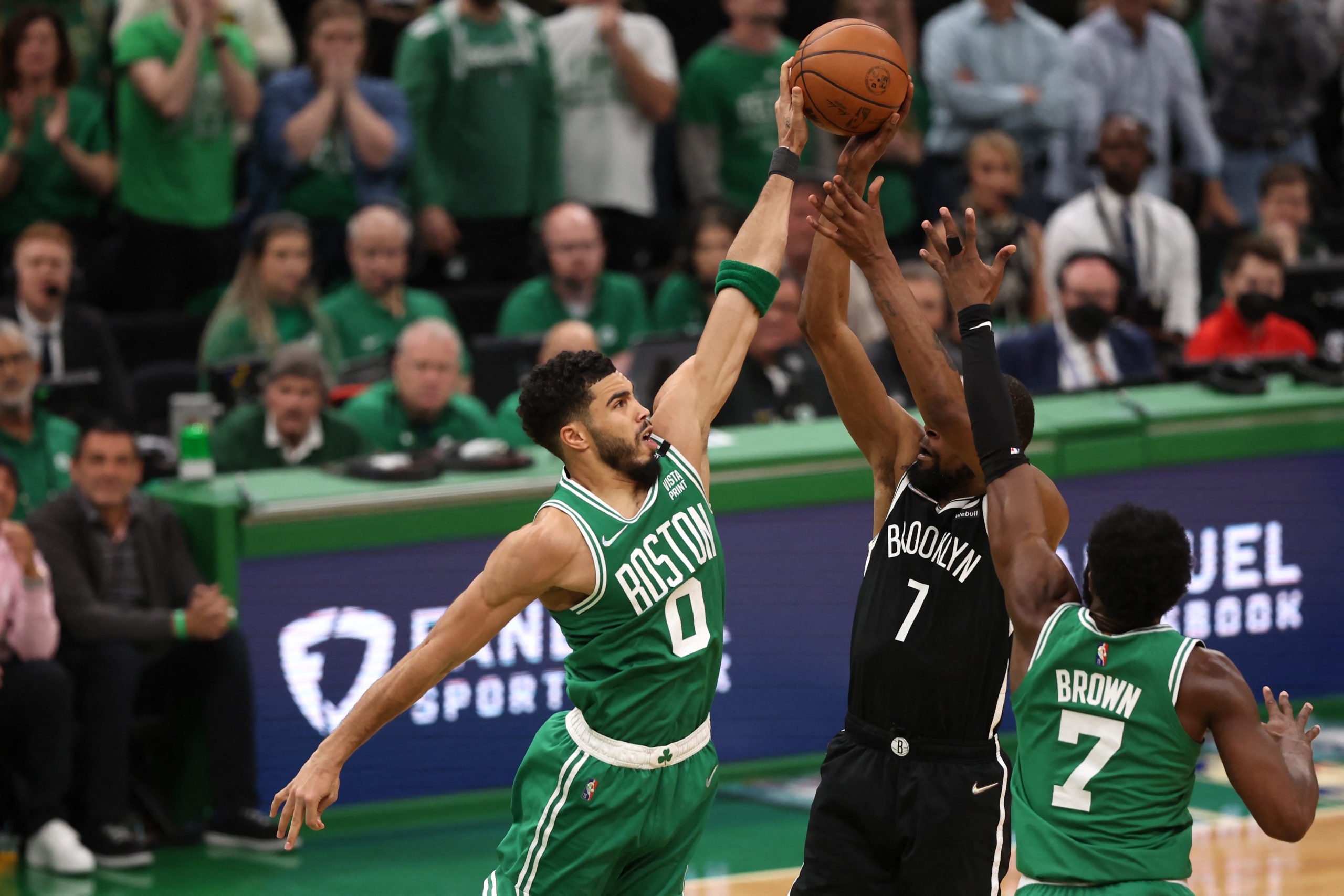 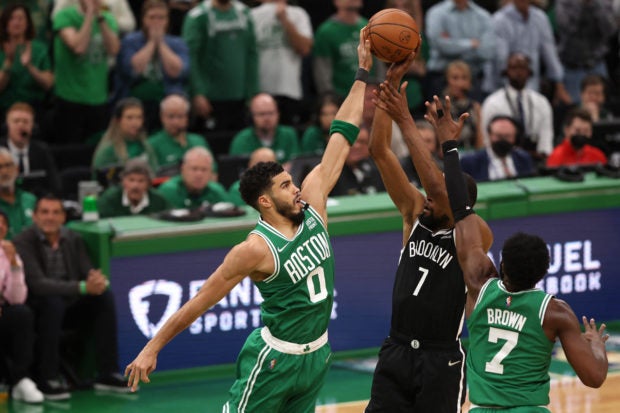 Jayson Tatum of the Boston Celtics blocks a shot from Kevin Durant of the Brooklyn Nets during the fourth quarter of Game Two of the Eastern Conference First Round NBA Playoffs at TD Garden on April 20, 2022 in Boston, Massachusetts. The Celtics defeat the Nets 114-107.  (Getty Images via AFP)

WASHINGTON – Jaylen Brown scored 22 points and Jayson Tatum added 19 to rally Boston over Brooklyn 114-107 on Wednesday, giving the Celtics a 2-0 lead in their NBA playoff series.

The Nets never trailed until the final eight minutes as Boston charged back from a 17-point second-quarter deficit to seize a commanding edge in their first round best-of-seven matchup, which continues Saturday in New York.

Kevin Durant led Brooklyn with 27 points but was tested all night by swarming, physical Boston defenders in a bruising contest — the Celtics having led the league in defensive statistics.

Durant, a former NBA Most Valuable Player, shot 4-of-17 from the floor, 0-for-10 with four turnovers in the second half.

Kyrie Irving, heckled and booed by the fans who cheered him in his days with Boston, was only 4-of-13 from the floor for 10 points.

Grant Williams had 17 points off the Boston bench while Al Horford had 16 points and Daniel Theis added 15 for the Celtics.

Bruce Brown had 23 for Brooklyn and Goran Dragic added 18 off the Nets bench.

Brooklyn’s Brown scored the first nine points and the Nets stretched their early lead to 23-10.

Durant sank a 3-pointer and layup to boost Brooklyn’s lead as large as 62-45, the biggest first-half deficit for Boston since March 1.

The Celtics closed within 65-55 at halftime but couldn’t grab their first lead until reserve Payton Pritchard hit a jumper to make it 94-92 with 7:49 remaining.

The Nets managed only two points over four minutes and Boston unleashed a 23-4 run early in the fourth quarter to secure the victory.