N.Y. lawmakers push back on SCOTUS ruling on concealed weapons by barring guns in ‘sensitive places’ 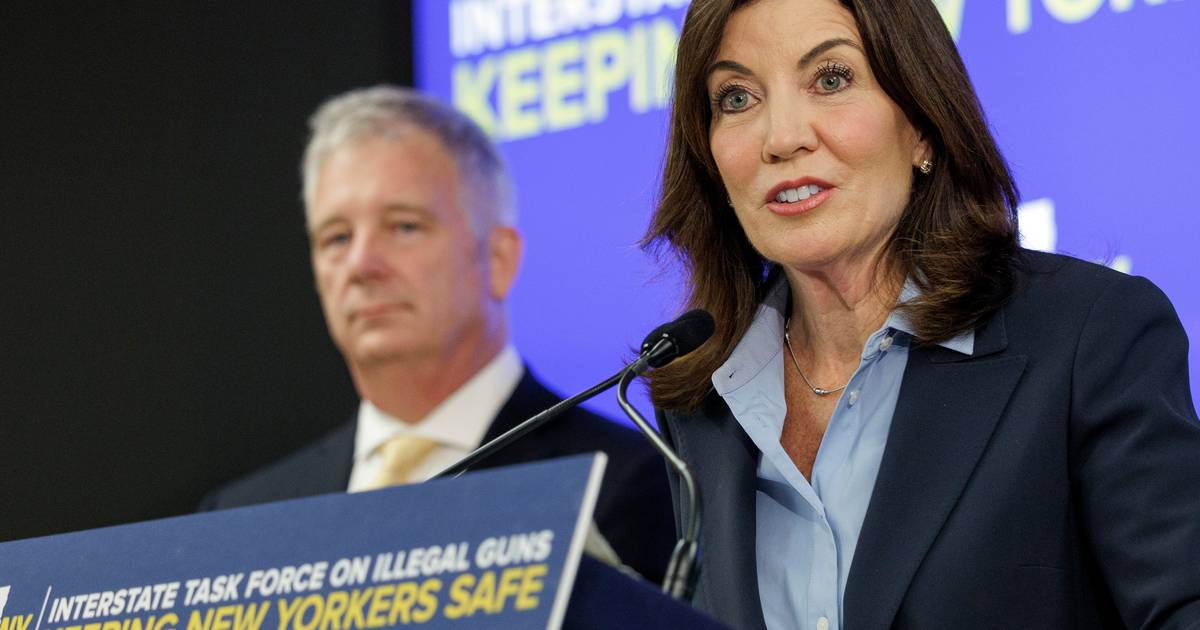 ALBANY — The Crossroads of the World is among the “sensitive places” where guns could be banned as lawmakers seek to strengthen New York’s gun laws in response to a U.S. Supreme Court ruling overturning a century-old concealed carry law.

Gov. Hochul called the Legislature back to Albany for an “extraordinary session” on Thursday to respond to last week’s U.S. Supreme Court ruling striking down a longstanding law limiting who can carry a concealed handgun in public.

The statute required gun owners to demonstrate “proper cause” to get a license to carry a handgun in public, which the conservative majority on the court determined to be unconstitutional.

Under the new legislation released by the governor’s office around 3 a.m., guns will be barred from “sensitive places” such as Times Square and mass transit and firearms will not be allowed in private businesses unless owners explicitly state that they welcome firearms on their property.

Sen. Brad Hoylman (D-Manhattan) applauded the expanded list of locations as the bill was being debated in the Senate chamber.

“I’m grateful to my colleagues for responding to my concerns about Times Square, one of the most visited tourist sites on the planet, by specifically listing it as a sensitive location where concealed weapons will not be permitted,” he said. “It’s crucial to the recovery of our local economy, including Broadway, that Times Square be a gun-free zone and that its 50 million annual visitors feel safe from the dangers of gun violence.”

The bill will also overhaul the state’s permitting process by requiring applicants to undergo 15 hours of in-person training at a firing range and an in-person interview. They must also provide their social media accounts and contact information for household members.

Licenses will have to be renewed after three years and an appeals process will be set up.

The bill would also tweak a recently passed law that barred sales of bulletproof vests but didn’t cover the type of armor worn by an 18-year-old man accused of killing 10 Black shoppers at a Buffalo supermarket in May.

The measure was approved by the Senate in a 43-20 party line vote.

Still, what was meant to be a one-day “extraordinary session” seemed poised to stretch into Saturday as the Assembly had yet to begin debating the measures as of 2 p.m.

“We’re in response mode with regards to the Supreme Court decision,” Assembly Speaker Carl Heastie (D-Bronx) told reporters at the Capitol. “As frustrating as it may be, Democrats feel like we’re doing the right thing to protect New Yorkers.”

Heastie said the gun bill, as well as a constitutional amendment protecting abortion and LGBTQ rights, would both pass the chamber before lawmakers head home for the July 4 holiday weekend.

Republicans pushed back on the new regulations, railing against the fact that the bill was released in the middle of the night and arguing it goes far beyond just addressing concealed carry permits.

“This is more unconstitutional than what was just struck down.” Sen. Andrew Lanza (R-Staten Island) said during the floor debate.