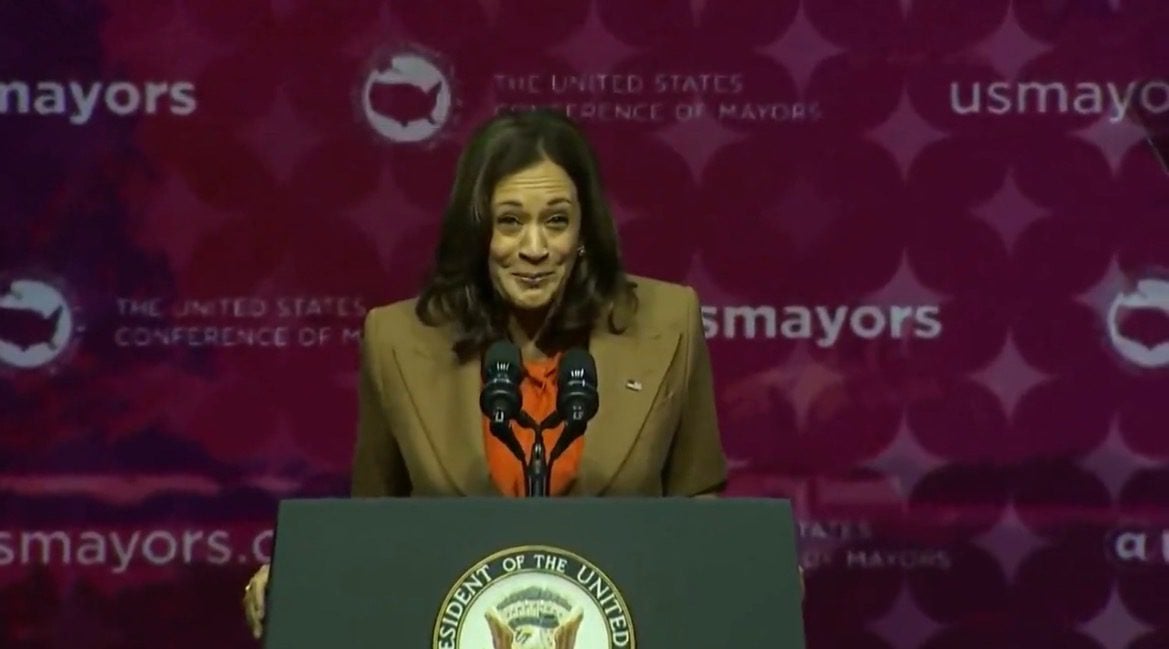 Kamala Harris on Friday delivered remarks at the 90th Annual Meeting of the US Conference of Mayors in Reno, Nevada.

Harris told the mayors it’s time to push for stricter gun laws as she rattled off the usual Democrat-Marxist talking points.

“We need to take action. And we know it is even more clear this day, just after the massacre of those 19 babies in Uvalde, after the killing just two days ago in Tulsa of 4 people, and after the countless lives lost to gun violence every day on streets across America,” Harris said at the Peppermill Resort.

“So, it’s clear that we must renew the assault weapons ban. We must expand background checks. We must repeal the liability shield that protects gun manufacturers. And we must pass red-flag laws to prevent people from possessing firearms if they are a danger to themselves or others,” she said to applause.

Then she had these inspiring words for the nation’s mayors: “And I know that each of you is up to this challenge because – you – are- the mayor,” she said cackling.