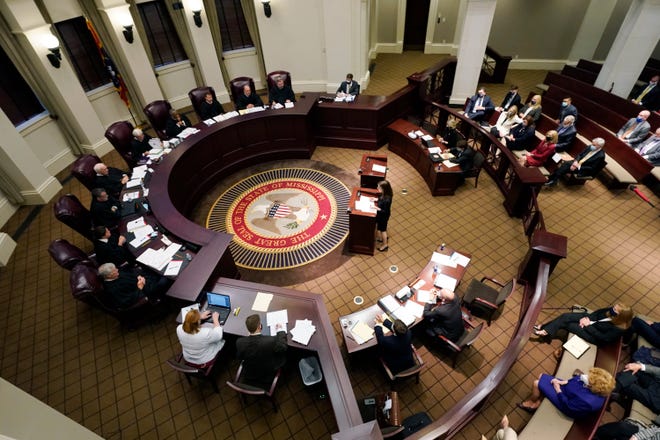 The voting districts to elect judges to the Mississippi Supreme Court are drawn in a way that denies Black voters an equal chance to participate in the political process, according to a lawsuit challenging the voting maps.

The lawsuit filed by Mississippi Votes and individual Mississippi residents calls on the state to draw new boundaries for three districts, which has not been done since 1987, to provide fair representation for Black voters and comply with the Voting Rights Act and the United States Constitution.

Groups including the American Civil Liberties Union, ACLU of Mississippi and Southern Poverty Law Center and representatives from the law firm Simpson Thacher and Bartlett planned to gather at 10 a.m. Monday in Jackson to announce the lawsuit.

The lawsuit claims the state violates Section 2 of the Voting Rights Act, which makes it illegal for states to dilute voting strength of voters of color. The voting plan also violates the U.S. Constitution, which prohibits states from maintaining or reaffirming voting systems in a discriminatory way, the lawsuit claims.

None of the three Mississippi Supreme Court voting districts is majority Black, according to voting rights groups.

District 1 covers central Mississippi and parts of the Delta, and includes the Jackson metro area.

District 2 is in southern Mississippi and includes Hattiesburg.

Justice Leslie King, appointed in 2011, is the only Black member of the court.

Voting groups argue “persistent underrepresentation” on the court is related to vote dilution and violation of the Voting Rights Act.

How Native Americans fought the US government over gambling and won