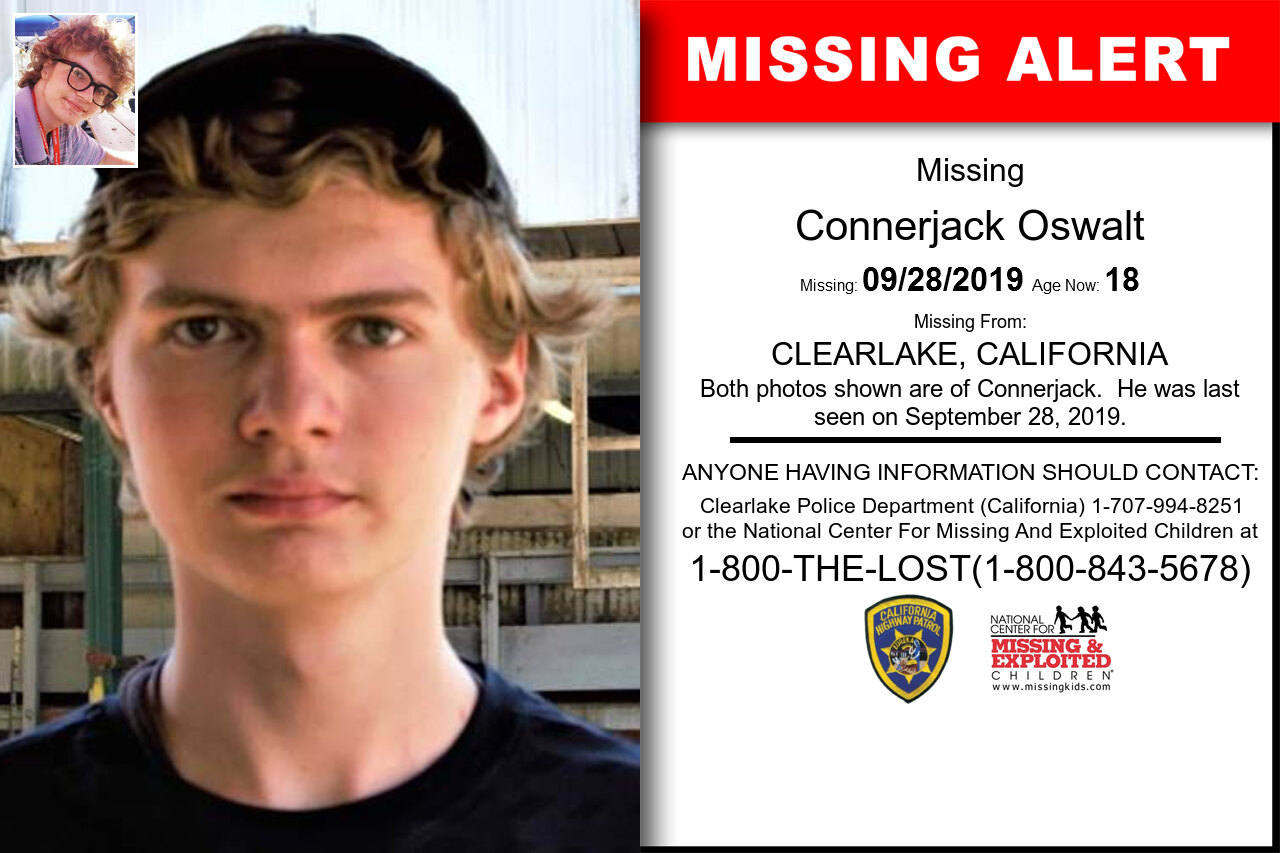 After three years of desperation, the family of missing California teen Connerjack Oswalt is overjoyed after the teenager was found this week in Park City, Utah.

In September 2019, then-16-year-old Oswalt was reported missing by the family in Clearlake, Calif.

The National Missing and Unidentified Persons System says that Oswalt, who was diagnosed with autism in 2014, had “a history of running away.” Prior to his disappearance in September 2019, NamUs reported that he went missing in May of the same year after his mother took his phone away; he fled his home in Clearlake, taking only his cat.

He then reportedly went missing again on September 28, 2019.

Over recent weeks, reports came in to the Summit County Sheriff’s Office of a man pushing a shopping cart in Summit Park in Park City. The last report sighted him sleeping outside Jeremy’s Store, a convenience store by a gas station near the I-80.

Body camera footage shared by CBS News shows officers approaching Oswalt in front of the store and offering him a seat in the police car to warm up.

Oswalt reportedly declined to tell the officers his name, but he allowed them to scan his fingerprints, revealing he had a warrant out of Nevada under the misspelled name “Conner Jack Oswald.” After suspecting there was more to his story and researching missing people that might fit his profile in National Center for Missing and Exploited Children database, the match was made.

Oswalt’s family had moved from California to Idaho since his disappearance. “We searched all over California, we had the missing centers of America, we had the Polly Klaas Foundation and the DOJ,” Oswalt’s mom told CBS News. “We’ve had a lot of false hope over the last two-and-a-half years,” added Oswalt’s stepfather, Gerald Flint.

On hearing the the good news, Flint immediately drove from Idaho Falls to Park City to find Connerjack, where he confirmed his identity and called Oswalt’s mom to confirm.

“There wasn’t a dry eye in the room,” Sheriff Justin Martinez told CBS. “They’ve been reunited with this individual they haven’t seen for three years when he was 16. He’s now 19.”

In footage of the moment Oswalt’s mom found out her son was found, she can be heard saying through tears, “My sweetheart’s alive.”

Oswalt’s profile has now been removed from the various missing persons databases.

Editor’s note: This story was updated on April 14 at 4:58 p.m. to correct the date Oswalt went missing.