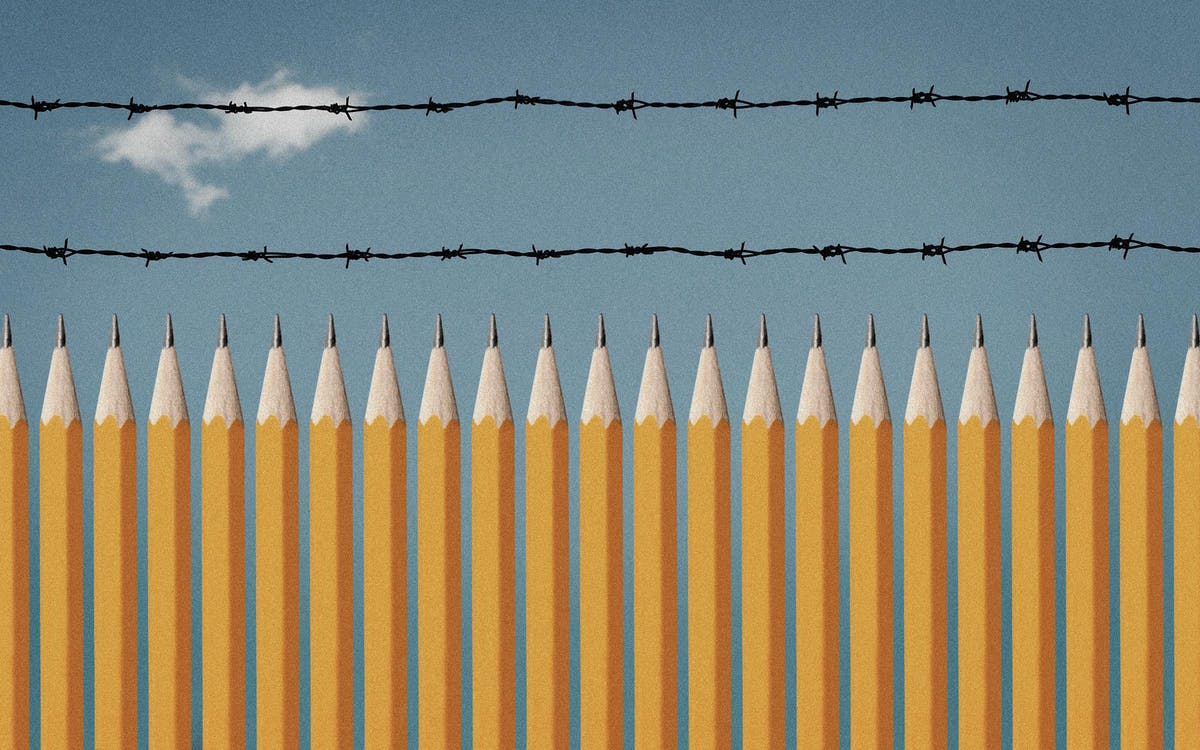 News of a threat came early one morning in December. Border Patrol agents were chasing migrants who had crossed the border into Mission, just west of McAllen. The agents had notified police, who had in turn advised a nearby middle school to go into lockdown. Moments later, the principal of the school broadcast over the speaker system that teachers and students should take cover. Educators locked classroom doors and turned off the lights.

My daughter, a sixth grader whose class had been preparing for a test, hid under a table while some of her classmates crouched under the room’s lone window, hidden from anyone who might peer inside. The elementary students knew the drill: though it was the first lockdown of this year, migrant-triggered security procedures can occur every few months in schools along the border.

Public schools across the state follow guidance on student safety developed by the Texas School Safety Center, a research organization affiliated with Texas State University in San Marcos. But each school district has the latitude to tailor its procedures to the circumstances of its community. At my daughter’s school, the response to migrants being pursued by the Border Patrol near school grounds is virtually indistinguishable from the response to an active shooter. “Unfortunately, that area around your daughter’s school is a known trafficking hub for illegal immigrants,” explained Mark Dougherty, director of risk management at the Sharyland school district, which serves about 9,628 students in Mission. “We don’t want anybody entering the campus that shouldn’t be entering the campus.”

Officials at seven school districts across the Rio Grande Valley, from Brownsville to Rio Grande City, a two-hour drive upriver, told me they institute lockdowns when migrants are being pursued nearby. The procedures first became common in South Texas schools in the early aughts. These days, any perceived threat from migrants who have crossed the border and end up in the general vicinity of a school—most commonly following a pursuit by Border Patrol—can prompt a lockdown, or a lockout, which involves locking the perimeter of a school building while classes go on inside as usual.

While the Texas Education Code requires a meticulous accounting for active-shooter drills, it doesn’t for migrant lockdowns. Some of the school district officials I contacted said lockdowns are rare in their areas, while others said there are so many that they don’t bother keeping count. In Mission, near a popular border crossing point, the activity that usually triggers lockdowns is as reliable a part of the school calendar as holiday performances.

Reports of migrants venturing onto school property, however, are rare. Administrators at eight school districts told me that no students had been harmed in any incident they could recall in which a migrant neared school grounds. Dougherty said migrants had entered a Sharyland school campus only once, a few years ago when a couple of teenagers who had crossed the border posed as middle schoolers. They stood out because they were wearing backpacks, which students had been told to leave at home that day because of state testing. When caught, the migrants were escorted off the premises without incident.

My daughter’s principal has never encountered a migrant on campus, but he noted that the school custodian once found a pair of immigrants sleeping in a garbage bin, huddled together for warmth. “I don’t think we’ve ever felt threatened,” he told me, “but we do [lockdowns] out of fear, in case something happens.”

While there have been no physical threats to students in recent years, experts say the lockdowns might take a toll on children who experience them. Migrant lockdowns have not been studied, but extensive research has been conducted on the emotional toll on students of active-shooter drills. The National Association of School Psychologists reports that such drills may cause anxiety, stress, and traumatic symptoms in students and staff. In one study of 815 youths, published in the Journal of Adolescent Health, more than 60 percent said that drills made them feel “scared and hopeless.”

Experts who counsel children in the region report anecdotally that they’ve seen migrant lockdowns have a pronounced effect on mental health. Carmen Rocco, a longtime pediatrician in Brownsville who works with immigrant families, said she has helped several dozen students deal with trauma following such procedures. They tell her of being locked inside a darkened classroom, sometimes for hours, with little explanation. “That uncertainty, inconsistency, unpredictability are the things that lead to breakdown in mental health in children,” she said.

Noting the impact of active-shooter drills on mental health, Governor Greg Abbott signed into law Senate Bill 168 last year. The bipartisan legislation requires that schools incorporate “trauma-informed policies” into their active-shooter lockdown exercises to ensure the mental well-being of students who go through them. No such requirements were made for migrant lockdowns, however. Officials in the Sharyland school district, for their part, say counselors are available for students or staff who need them after such exercises.

The experience along Texas’s 1,254-mile border with Mexico is one of escalating militarization—a response, state and federal officials say, to increased criminal activity along the border. Black Hawk helicopters circle overhead day and night searching for migrants who sneak across the river and the front line of the Border Patrol. The palette of dark green worn by border agents, and the drab brown of state police and military liveries, form the backdrop of our community. Eventually, locals become numb to their presence. This is the milieu in which my children and their friends are growing up.

Yet unauthorized immigrants in Texas do not pose any greater risk to schoolchildren or others than do legal residents. According to the Texas Department of Public Safety, which has poured $5 billion into border operations over the past decade, unauthorized migrants have a criminal conviction rate 37 percent below that of native-born Americans. The same holds true for migrants apprehended by Border Patrol; the agency reported during the 2021 fiscal year that only 1 percent could be classified as criminals—including those who haven’t been convicted but have a warrant out for their arrest. “The clearest and easiest case you can make is that people have more to fear from their fellow American citizens than they do from illegal immigrants in terms of crime in Texas,” said Alex Nowrasteh, an immigration policy analyst at the Cato Institute, a libertarian think tank.

While criminal activity along the border has not significantly increased in recent years, the number of high-speed pursuits of migrants near school zones has. Since October, border agents stationed in the Valley have driven vehicles in at least 99 such chases. Department of Public Safety troopers, assigned to the border as part of Abbott’s border enforcement initiative, Operation Lone Star, gave chase an additional 1,336 times between March 2021 and March 2022.

Between 2010 and 2019, about 4 victims—mainly migrants but occasionally civilian bystanders—died every year from car wrecks resulting from high-speed Border Patrol pursuits, according to the American Civil Liberties Union of Texas. That number skyrocketed to 14 in 2020, and 23 in 2021. The Texas ACLU found that Border Patrol is often the cause of these fatal accidents. “Pursuits through school zones, which Border Patrol policy does not explicitly forbid, put children in harm’s way,” said Shaw Drake, staff attorney and policy counsel at the ACLU of Texas, “not migrants.”

One Border Patrol agent told me that it was far preferable to hide children inside a school building than to have a smuggler to barrel a car into a playground full of kids. Some parents of students in my daughter’s class also felt lockdowns were a proportionate response to potential threats. One told me that “someone evading law enforcement is more likely to be desperate and act irrationally,” so there’s good reason to err on the side of caution. Another parent was so concerned for his own safety that he requested that my daughter’s principal call anytime the school went into lockdown so that he could take similar precautions at home. The principal declined, explaining that he had no time to contact parents while trying to keep students safe.

I worry about the effect lockdowns might have in implicitly teaching students to fear migrants. In late January, the middle school just down the road from my home went into a migrant lockdown. Parents were notified afterward that students and staff were never in any real danger. I wondered if students who had hidden under tables before felt afterwards that there hadn’t been real danger. I asked my daughter, who’ll be attending that middle school next year, if there was anything more she could tell me about her experience. “It happened all of a sudden,” she told me. She couldn’t recall whether her teacher explained why they should hide on that occasion or on others. But word travels fast down the school’s hallways. “We knew,” she said, “it was somebody dangerous.”