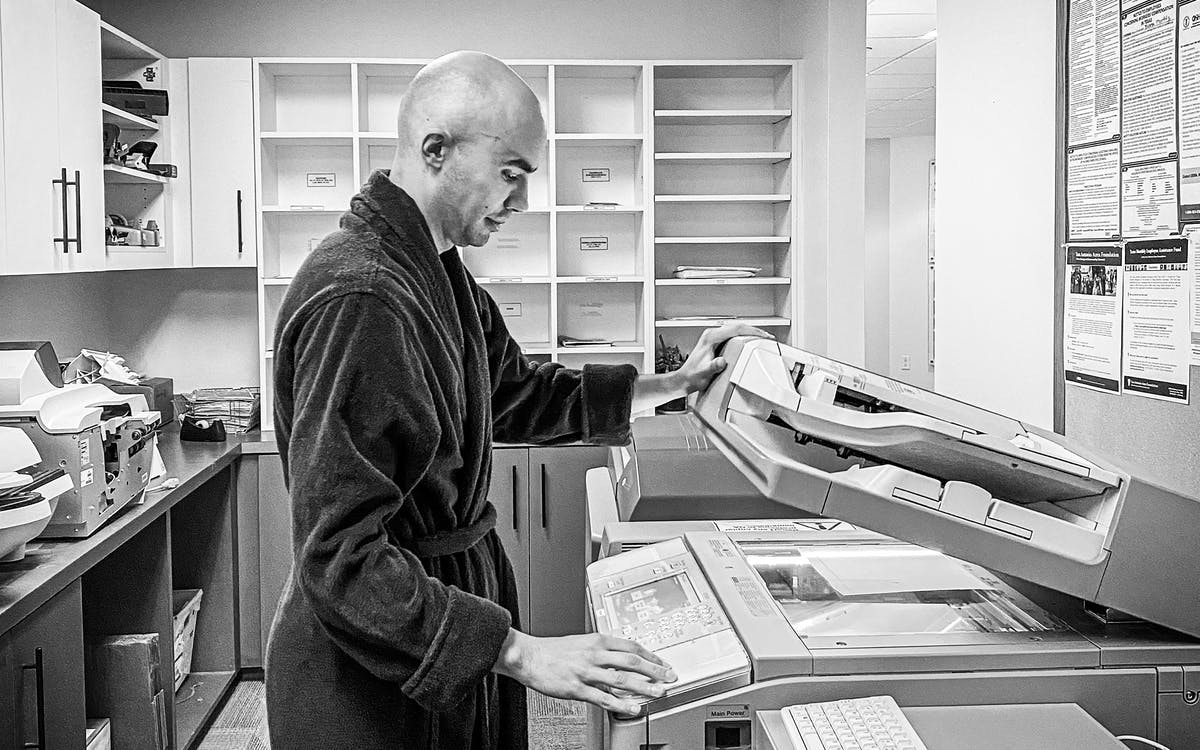 Josh Alvarez, the senior editor who directs our coverage of arts and entertainment, is a first-generation American. His mother, a high school associate principal, hails from Colombia. His father, who founded a wholesale jewelry business in Chicago, was born in Cuba. They were determined that their son take advantage of the opportunities this country offers—and he has done them proud.

A gifted student (straight A’s), musician (piano and viola), and athlete (rugby and soccer), Josh won admission to Stanford University. Inspired by trips his parents organized to Europe and Latin America, he majored in international relations. Those family trips also exposed him to the work of journalists, including ones he saw covering protests in Spain against that country’s involvement in the 2003 invasion of Iraq. His first foray into journalism was writing for the Stanford Review, the conservative campus newspaper.

Upon graduation, Josh began freelancing for publications including The Atlantic, Bookforum, and Washington Monthly. Increasingly, he felt that “one of the most interesting ways to deal with heavy topics is to write about the artistic expression that they inspire”—whether through essays, fiction, music, painting, photography, or performing arts.

While still freelancing, he enrolled in the celebrated master’s program in cultural reporting and criticism at New York University. There, he says, he discovered that he was “an okay writer, but a better editor”—not only cleaning up sloppy prose but working closely with writers to plan their approach to the reporting and composition, as well as editing in a way that preserves each author’s distinctive voice.

That training came in handy when Josh served for four years as an assistant opinion editor at the Washington Post, working with such high-profile essayists as E. J. Dionne, David Ignatius, and George Will. “One of my favorite moments there,” he recalls, “was when I suggested a lengthy new paragraph to George,” who is famously prickly about his erudite writing. Will appreciated that the suggested addition was penned in his voice and improved his essay, so he accepted it verbatim.

Since joining Texas Monthly last May, Josh has enlivened our arts and entertainment coverage, both in print and online, inspiring writers to produce fresh takes on country music and rap, movies and TV, museum exhibits and sports. Two examples in this issue are an engaging Q&A by associate editor Cat Cardenas with rising Texan actor Glen Powell and an appreciation of Bobbie Nelson, the beloved longtime collaborator, in music and life, of her little brother, Willie.

The latter story grew out of senior editor John Spong’s ongoing work on Nelson’s life and career, as reflected in his popular podcast, One by Willie, which debuted its third season in April. John heard that Bobbie was seriously ill, and he and executive editor Michael Hall quickly reported and wrote an insightful piece we published on TexasMonthly.com shortly after Bobbie passed on March 10.

Also featured in this issue is a piece of better-than-okay writing by Josh, about his recent visit to the luxury Lajitas Golf Resort and Spa in West Texas, where he enjoyed the links and the scenery and a massage—but failed to find the brief escape that he sought from divisions over issues of history and race.

Through that trip and others, Josh has been getting to know more parts of his new home state, often accompanied by his golf clubs and fly rod and a list of sightseeing and dining recommendations from his colleagues. Sometimes, he admits, he overdoes it. After enthusiastically volunteering to help with the reviewing for our quadrennial cover package on Texas’s top fifty barbecue joints, Josh sampled all thirteen of his assigned establishments, most of them in the Rio Grande Valley, within a mere 36 hours. Think about that for a minute. It required him to dine every 2.2 waking hours. An epic nighttime meat sweat ensued, as did gastrointestinal distress. Nine months later, Josh says he’s just about ready to try nibbling some brisket again.

I hope you enjoy Josh’s story, and those of Cat and John and Mike, and the rest of this issue of Texas Monthly.