Mario Strikers Daisy Fandom Is Ready To Riot Against Nintendo 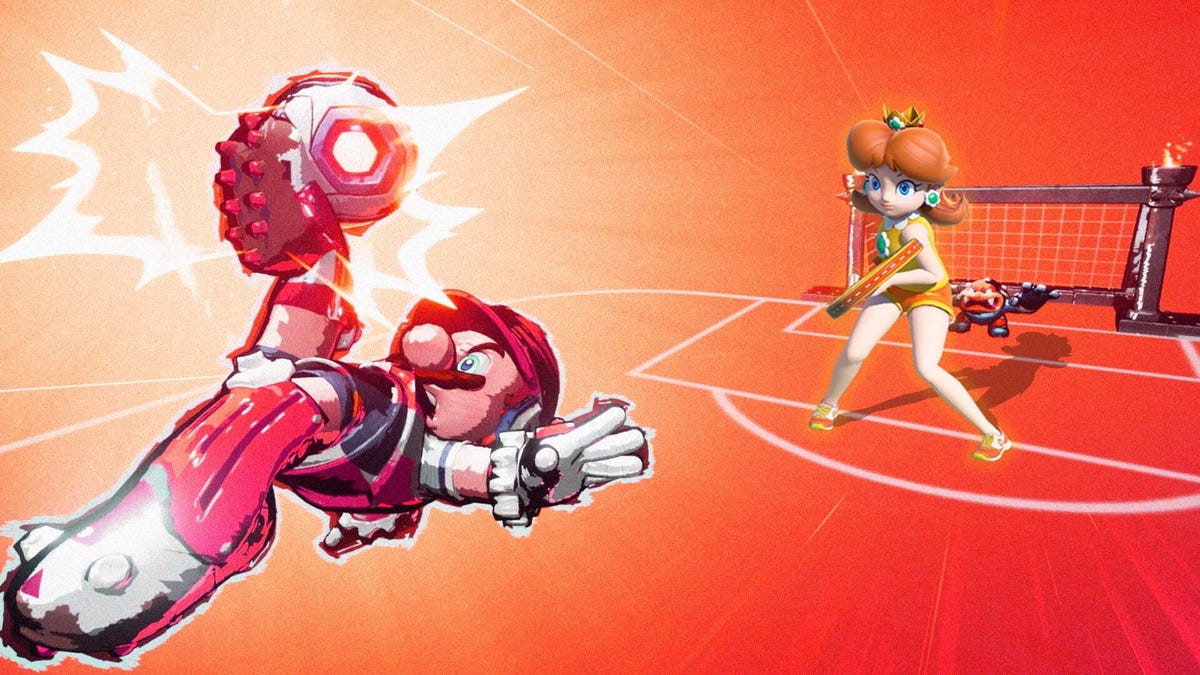 Nintendo fans are currently up in arms, but not over graphical downgrades or Pokédex revamps. Nope, this time, it’s over a shunned character in an upcoming game, and not even an A-lister at that: Princess Daisy isn’t in Mario Strikers: Battle League.

Mario Strikers: Battle League, announced during a February showcase and planned for a Switch release next month, is the next entry in Nintendo’s Mario Strikers series of soccer games. Sure, soccer sims are a dime a dozen, courtesy of a certain decades-old series that recently lost its naming rights. But who cares about things like “offsides” or “yellow cards” when you can turn a soccer ball into a meteor?

Fans of Mario Strikers (hi) have been over the moon since Battle League’s announcement, as it heralds the revival of a long-dormant, if comparatively niche, series. The gameplay looks faithful to its forebears, replete with all the “Hey, that move isn’t approved by FIFA” hijinks the series is known for. After the February announcement, some fans expressed concern that Daisy wasn’t shown, though assumed it was because of an innocuous reason—like, say, her character model not being finalized.

Read More: Daisy Is The Only Super Mario Girl With Teeth, Apparently

Earlier this month, Nintendo Europe’s Twitter account validated those concerns with a tweet running down the “squad” of playable characters in a series of 10 (needlessly intense, IMO) sketches. Daisy was not included. Over the past week, social media has been abuzz with players either lamenting her exclusion or clamoring for her inclusion.

Fan blowback to games that aren’t out yet is often premature and misguided, but the reaction here makes sense. Daisy, after all, was a mainstay in both previous iterations, Super Mario Strikers for the GameCube and Mario Strikers Charged for the Wii. Plus, as a representative for the We Are Daisy fan wiki (WAD) told Kotaku, the Strikers series “is where Daisy’s personality shines the best.” (Yes, Daisy is so popular she has her own fan wiki.) That’s not to mention how she’s become a staple in other Nintendo sports games, including Mario Tennis and Mario Golf: Super Rush. Leaving her out of Battle League is erasure.

Before the fire could die down, Nintendo poured gasoline on it by releasing a gameplay overview video for Mario Strikers: Battle League. In addition to showing off roughly five minutes of moment-to-moment action, the clip offered a glimpse at Battle League’s roster. Among other Mushroom Kingdom stalwarts, the game stars Mario, his infinitely more suave brother Luigi, their tax-evading pal Yoshi, and the terminally neglected Waluigi. Even Rosalina, a relative newcomer to Nintendo’s royal class, having been introduced in 2007’s Super Mario Galaxy, is part of the crowd. But Daisy—who, for the record, has been around since the ‘80s—is still nowhere to be seen.

Reactions so far have ranged from, and I’m paraphrasing, “wtffff” to “WTFFFFFFF!!!!!!!” The tamest have taken to creating fan art. (This steampunk-inspired sketch by Canadian comic artist Yves Bourgelas is my favorite.) On the other end, you have people saying it’s “really awful” and “a bummer” and “bullshit” and other choice words. Some have even said they no longer plan on picking up the game.

“For Nintendo not to include her … would basically be shooting themselves in the foot,” the representative for WAD said.

Of course, as some observers have pointed out, there are plenty of other reasons fans should hold Nintendo’s feet to the fire. Last month, workers at Nintendo of America filed a report with the National Labor Relations Board alleging surveillance, retribution, and other unfair labor practices. Speaking to Kotaku, employees at a Joy-Con repair center shared details of working conditions that left them overworked and understaffed.

It’s unclear if Daisy will get added to Battle League in a post-release update, whether as a free update (à la Mario Golf Super Rush) or via paid DLC (à la…basically everything else in Nintendo’s oeuvre). Nintendo has not publicly detailed post-release plans for Mario Strikers: Battle League. But the representative for WAD pointed out that, yeah, it’s a good bet most Daisy stans would pony up for Daisy DLC, though that of course would be a messy situation of a developer neglecting to include content that’s been in previous games only to sell it at a premium for a buzzy sequel.

Nintendo did not respond to a request for comment for this story.

“Not only should Daisy be included in [Battle League], but there are a few people who think that Daisy should be included in more Mario main games as well,” the representative for WAD said. “Some are even lobbying for her to have her own game, but that’s a different topic.”