13 Tips For Playing As A Killer 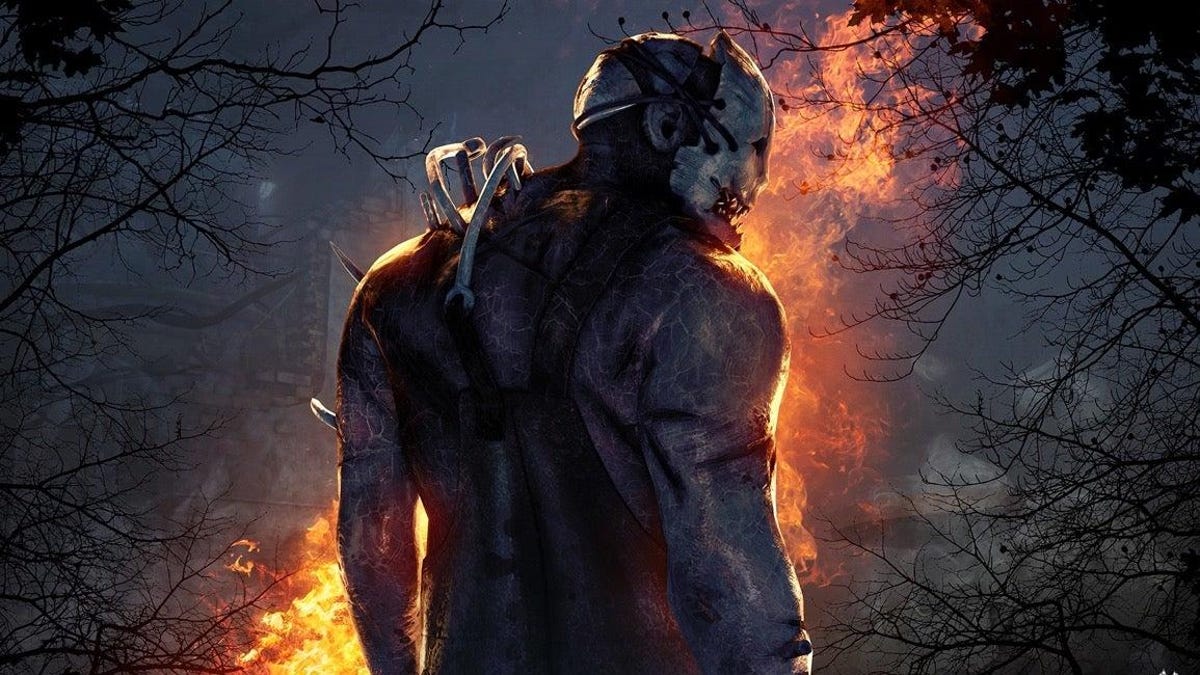 If life were a Scream movie, I would likely have already been trapped under a garage door by now. It would have been punishment for spending $62 on a skort one time and watching Friday the 13th after eating a weed-infused chocolate chip cookie. It really enhanced the ki, ki, ki, ma, ma, ma of hockey mask killer Jason Voorhees’ main theme, but skorts, movies, and being a woman under the influence à la Cassavetes is a good recipe for getting slashed in most horrific situations. But that logic thankfully doesn’t hold in the asymmetric multiplayer and survival horror Dead By Daylight, which I played for the first time in celebration of today’s actual Friday the 13th and discovered that I’m a pretty good troubled-child-turned-murderer.

In Dead by Daylight, you choose between playing as a defensive survivor character on a team of four, or you go solo and play as one of the game’s 27 killers. If you’re a killer, your goal is to maim survivors and stick them through metal hooks as a sacrifice for your cosmic ruler, “Entity,” a vicious spider-legged evil.

In their perpetual games of cat-and-mouse, both survivors and killers can unlock performance-boosting perks, but killers also benefit from having unique “powers” which range from throwing weapons to spreading infection. I decided to play as The Trapper, a killer whose “power” is owning a bunch of bear traps, because I wanted to subvert the expectation of women being pursued not pursuers, and also because there’s an in-game tutorial for it. OK, it’s mostly because there’s an in-game tutorial for it and I wanted to summon my inner misunderstood lone wolf.

Typically, I never play multiplayers with strangers because I like to keep the amount of times I’m called a stupid bitch/whore/noob on the internet to a minimum, if possible. But today is a historically unlucky day, and it made sense to break my streak and let some weird guys online say I’m fugly in honor of our ancestors’ superstitions.

I would have picked up Friday the 13th: The Game instead for an extra thematic oomph, but, though it is still playable, the game got caught in an ongoing copyright battle shortly after its release in 2017 and hasn’t been updated since. Dead by Daylight, on the other hand, has received over a thousand patches since it came out in 2016, and will receive a robust sixth anniversary update on May 17. So to celebrate another year of Dead by Daylight and this cursed day, I present to you 13 things I learned when killing for the first time.

1. Know your perks and powers

There are many storylines in Dead by Daylight, but I don’t know what all of them are because I just downloaded the game yesterday. One story, however, makes itself known to new players quickly—the Bloodweb.

According to in-game details, the Bloodweb is “a space between reality and abstraction” in which there “is no sleep […], only torment,” which is totally what I was going to guess it was. All you need to know about the Bloodweb right now, though, is that it’s your main hub for upgrades and leveling up. You can unlock aspects of your Bloodweb by spending the Bloodpoints you earn during gameplay, securing helpful perks with tasty names like the fan-favorite Barbecue and Chili.

Every killer starts with three individualized perks which you can learn more about in the character menu. As a beginner killer booting up Dead by Daylight for the first time in my pacifist life, I tried to take starting perks into consideration when deliberating between characters, which I initially planned to pick based on who had the most fucked up face.

If you’re thinking long-term, though, know that starting perks can be accessed by all characters after reaching a certain level, or by using another in-game currency, Iridescent Shards, to buy them in the rotating Shrine of Secrets marketplace. You aren’t limited by what your character starts with.

But whereas survivor characters can unlock different items during matches, a killer’s “power” item remains fixed. This is definitely something to remember when finding a killer you enjoy playing, especially since the type and scope of a killer’s powers vary. The bandaged gray Wraith killer, for example, has a bell that turns him invisible while the snorting, mutilated Trapper character I played in my matches, or Trials, has bear traps. They’re traps for bears.

2. If your power is bear traps, do not get stuck in them

Bear traps are traps for bears, but they would not balk at ensnaring a wily, wandering human. Even if that human is their loving papa, the Trapper operated by me, Ashley.

I quickly discovered that bear traps are an effective way to shrink your arena—you can position them outside of windows or around tight corners and easily snag yourself a couple of fleeing survivors, or set them up under hooked survivors or near generators and thwart their teamwork efforts. But know that they’re there. I walked over my own traps more than once, causing me to drop wounded survivors I was carrying over to a hook, as well as my dignity.

3. Decide to care about points

Personally, I don’t think Dead by Daylight’s point system is intuitive for new players—it’s fairly complex and it isn’t immediately clear about how to spend them. But I was struggling with my new identity as a brutal 6’4 butcher with like, 10 bear traps waiting for me back at home, so I made the conscious decision to care about points in an effort to play more effectively.

And it worked! As a killer, you’re rewarded with points by spotting survivors, chasing them, injuring them, and hooking them, among other perhaps unexpected things in addition to actual killing.

In my first matches, I based my performance on how many kills I earned and felt discouraged when they were low. Was I a bloodthirsty human hog or not?! When I redirected my focus to earning Bloodpoints, I felt that I played more actively and strategically; the games became more satisfying overall.

In real life, you should open your heart to the world, to your friends and family. Even when it wounds you, connection comes from trust, and opening yourself to love and possibility is never a fruitless endeavor. In Dead by Daylight, though? No. Absolutely not.

Think twice before hitting the cornered survivor limping toward you—they might be using the Decisive Strike perk, which lets unhooked survivors perform a quick-time skill check to easily escape your grasp. I haven’t personally experienced this, but I’ve seen too many awkward attempts at tea-bagging to not be wary of survivors’ supposed goodwill.

5. Pretend their labor is a grave you dance atop

Survivors’ primary objective is to repair inoperative generators in order to open up the exit gate and evade your meat cleaver. They work hard on repairing generators, and why shouldn’t they? It’s honest work. But, as a killer, you hate the average worker, and you should be strategically destroying generators when you get the chance. Doing so will earn you Bloodpoints and, if you’re playing Trapper, provide a golden opportunity to snatch up victims.

6. Take a stance against healthcare

When you see a survivor running toward a hooked victim or injured teammate, go after them. They’re trying to heal the wounded, but you are inhabiting the mind of a U.S. government official, and that kind of thing is not okay!

While you’re keeping an eye on downed victims, have a sense of what is going on near generators (especially the ones you destroyed, because survivors will likely return to repair them), exits, and the hatch that randomly spawns once there is only one survivor left in the arena.

As Trapper, I tried to survey my survivors by placing traps, using hooks, and crushing generators in a contained area. Planning my map like this also helped me anticipate survivors’ next moves. If you spot a survivor trying to revitalize the generator you just sabotaged, for example, you can chase them along the forest path you conveniently already placed a trap on. Evil-doers, assemble!

8. Develop a side hustle

Everyone needs a hobby, even you, a hulking, pustulous beast with no conscience. When I had no eyes on survivors and things in my contained area seemed to be going well, I took the time to head towards far away generators that burst when survivors failed skill checks, collected some traps to place later on, and listened for heavy breathing. Staying alert and active kept matches full of suspense and, more importantly, transformed my unsightly Trapper into a gorgeous girlboss.

When you hit a survivor twice, before you pick them up to place them on a hook, they start crawling on the ground and are incapacitated unless healed. If you leave them writhing like that in the hope of luring another player to you, or run off and cut down the three other survivors just to watch them bleed, the Dead by Daylight community will say that you are slugging. They will think you suck for slugging and will say you made the game less fun.

However, if you accidentally end up on a skincare forum instead of a Dead by Daylight endgame chatroom and tell them you love slugging, they will congratulate you and likely ask if you prefer using Vaseline or Aquaphor. In skincare, “slugging” refers to when you slather a thick layer of ointment to protect products on your freshly washed, moisturized face. Just thought we should all get on the same page about this.

10. You are a 4-year-old Prussian queen with tuberculosis

Honestly, even if you are an evil slugger, both in Dead by Daylight and in skincare, who cares? I’ve noticed that Dead by Daylight players have terms for certain tactics that will lead them to label you as “toxic,” like slugging, camping, which is when killers monitor a hooked survivor to prevent others from unhooking, and tunneling, when killers zero-in on one survivor. This is a likely controversial stance, but if I am one person playing against four, I will probably use every tool and strategy that gives me the advantage.

11. Don’t worry about the sky spider spearing humans for sport

How do I know the Entity again? Did we meet at an 80’s theme night at a bar? Does he think The Sensual World is the best Kate Bush album, too?

Playing a serial killer in Dead by Daylight has made me think more about how some women are obsessed with true crime and male serial killers, sometimes to the point of penning love letters and declaring devotion. There are a few, well-discussed reasons for this, including an attraction to fear, a sociopath’s magnetic charisma, and a woman’s need to care, to believe she will be the one person to understand and fix him.

I don’t know if I can fix the Trapper, as he has quite a few sharp pieces of metal sticking out of his arm’s torn flesh. But maybe today I’ll crack a mirror in his honor or walk under a stray ladder, and embrace our world of bad luck.