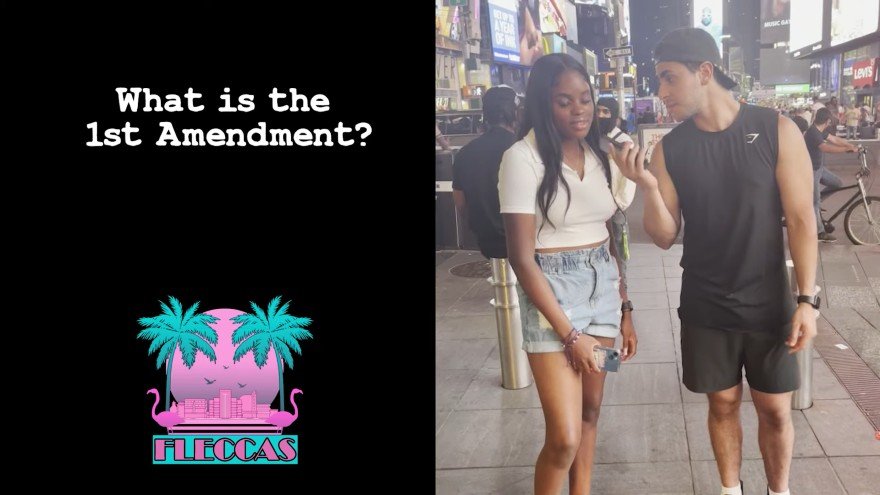 The group behind the YoutTube channel dispatched TikTok influencer Justin Awad to Times Square in New York City to capture the questions and answers from young bystanders. The answers they offer are shocking.

Sadly, the responses of the individuals captured reveal an apparent failure in the American educational system. Basic knowledge of constitutional information, geography, and mathematics are void in the folks’ often comical responses in the busy city square.

Some respondents note that nations like “Europe” border the United States, while others admit they do not know what the Revolutionary War is.

One respondent refers to Alaska as a country that physically borders the United States.

While respondents may not know the answers to many of the questions being asked, none of them are afraid to venture a guess as they respond to Awad.

The channel Fleccas Talks, which Austen Flecther leads, has more than 578,000 subscribers. The channel gained its following by going to national protests and asking participants questions about the events, often garnering comical and factually incorrect answers.