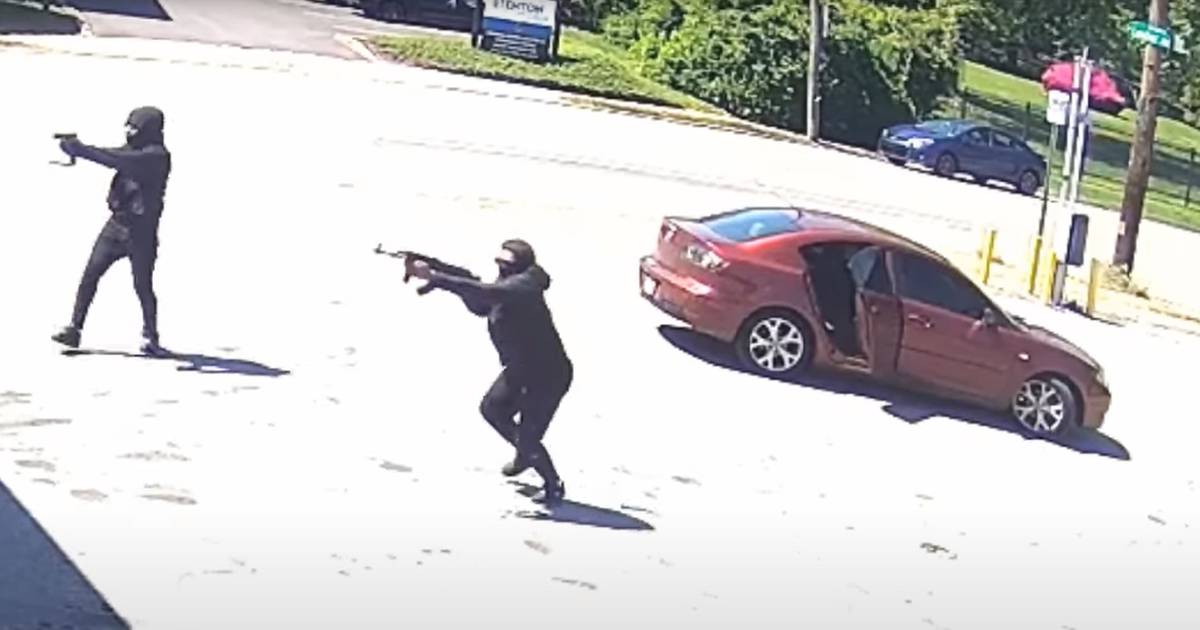 Brandon Dixon, 30, was identified as the victim. Police have not publicly speculated on a possible motive for the shameless attack.

The killers pulled into the gas station on 1060 Mt. Airy Ave. in North Philadelphia in a 2009 Mazda with the New Jersey license plate V62-PWX.

They stopped the car outside the gas pumps, apparently looking around for Dixon. Once they located their victim, they moved the car to an easy getaway spot.

The two men then hopped out carrying guns and immediately opened fire into the crowded gas station area. One man appeared to be carrying an AK-47, or a similar gun, while the other man opened fire with a handgun that appeared to have an extended magazine.

Dixon was struck multiple times. Police took him to a nearby hospital, where he was pronounced dead.

Police are offering $20,000 for information that leads to an arrest.