Liberals Don’t ‘Trust the Science’ When It Comes to Abortion 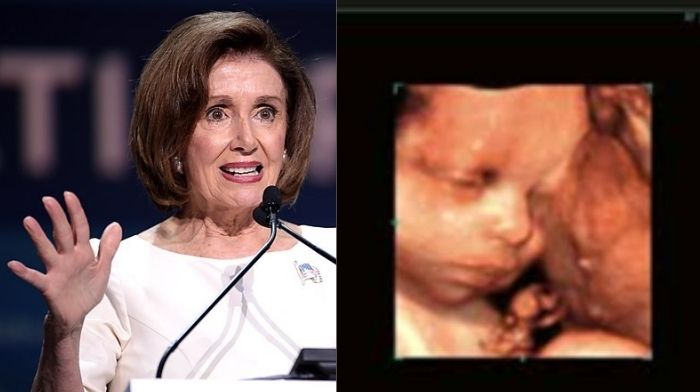 On Sunday, May 8, House Speaker Nancy Pelosi told “Face the Nation” that “the science hasn’t changed, but the court has changed” since Roe v. Wade was decided in 1973.

It’s time for Madam Speaker and the pro-abortion movement to trust the science when it comes to fetal health, which has made huge strides in the last 50 years in understanding fetal pain, utilizing ultrasound technology, and even doing prenatal surgery – all of which illuminate that fact that a living being presides in the womb.

A fact that pro-abortion advocates, outraged by the Supreme Court’s leaked Dobbs draft decision, are quick to skip over.

“It’s unfortunate that after three years of telling America to ‘follow the science,’ Speaker Pelosi is now ignoring the science because it’s inconvenient for her extreme political position of legalizing abortion until the moment of birth,” Dr. Tara Sander Lee, senior fellow and director of life sciences at Charlotte Lozier Institute, said.

The Charlotte Lozier Institute was founded in 2011 to bring to light scientific research that would help the general public understand the value of human life.

What We Know About Fetal Health in 2022

The Charlotte Lozier Institute reports that ultrasound technology has evolved from a grainy black-and-white picture in 1973 to the 3D imaging that is used today to monitor the overall health of a baby throughout pregnancy.

One Twitter user shared this remarkable ultrasound image to make that point to Chicago Mayor Lori Lightfoot, who tweeted that LGBTQ+ individuals should view the Dobbs decision as “a call to arms” and has declared Chicago as “a safe haven for abortion.”

The Senate just failed to protect our rights to an abortion.

This is exactly why I declared Chicago as a safe haven for abortion. I will always make sure you have access to the essential health care you deserve.

In 2020 psychologist Stuart Derbyshire, often cited for his conclusion that fetal pain is unlikely, actually updated his own research on infant pain in BMJ’s Journal of Medical Ethics to conclude that “the evidence, and a balanced reading of that evidence, points toward an immediate and unreflective pain experience mediated by the developing function of the nervous system from as early as 12 weeks.”

The majority of states allow abortion up to the 20-week point, well after this 12-week pain marker — an area where the latest science of abortion leaves room for ethical questions.

The black & white dots of an ultrasound before Roe could barely identify the head of an unborn child in the womb, much less identify the heartbeat at six weeks, show the child sucking his thumb at 15 weeks, or display her eyes, nose, lips, and behaviors with absolute clarity.

The Point of Viability Continues to Decrease as Technology Omproves

One of the contentious points of debate in the Roe v. Wade decision is over the point of viability at which a child can survive outside the womb. As technology advances, that point decreases every year.

When Roe was decided in 1973, the point of viability was considered 24-28 weeks gestation, but is down to 21-22 weeks gestation now, the halfway point for an average pregnancy.

This doesn’t even take into account the body of evidence that now shows the life of a fetus through every stage of development. In the fourth week of gestation, when many women first realize they are pregnant, the embryonic heart starts beating. In the seventh week, networks of neurons produce brain waves that have been recorded as early as 6 ½ weeks after conception.

With such a large body of scientific evidence available in 2022 to show the life that abortion takes, it’s becoming more difficult for pro-abortion advocates to make their case outright.

Follow the science? Absolutely, because science reveals the humanity of the unborn child like never before: https://t.co/xFaOquuo9p