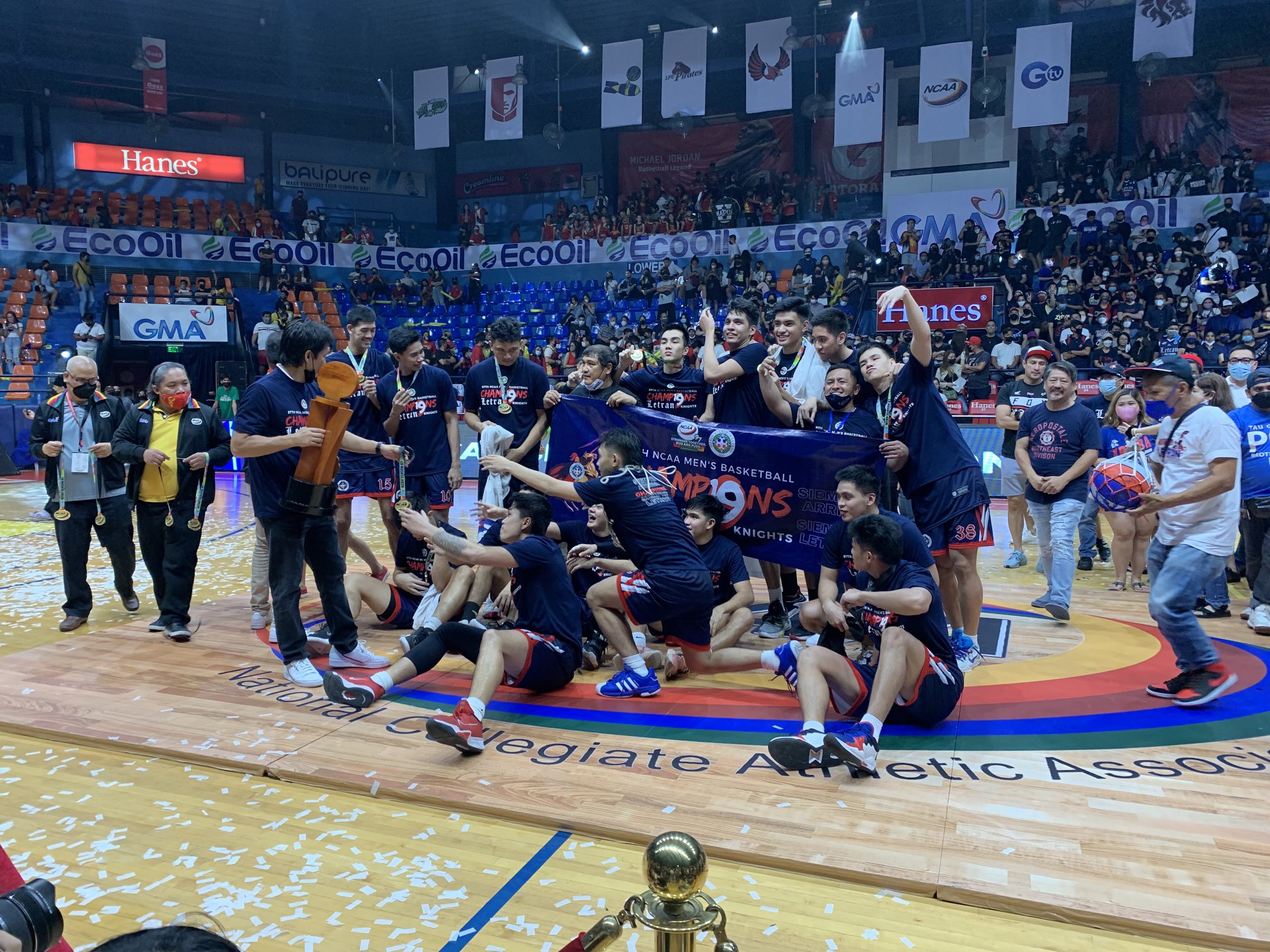 MANILA, Philippines–After taking the championship series opener by the skin of their teeth, the Letran Knights came all set for another thriller of a finish that the Mapua Cardinals can dangerously pull off.

The Knights met the resistance they had expected but fought off the exhilarating fightback to finish off the Cardinals with a runaway 75-65 victory and clinch NCAA Season 97 men’s basketball title on Sunday at the Filoil Flying V Center.

Rhenz Abando dusted off the sprained left ankle in Game 1 like it never happened, scoring 14 points and pulling down 12 rebounds just a few hours after receiving his Rookie-MVP award.

Jeo Ambohot’s skill and patience were likewise in full display, punctuating his collegiate career with a Finals MVP plum that he truly deserved.

Successfully defending their crown, the Knights completed their 19th title overall in the league without any blemish in their record after 12 games.

Trailing by double-digits almost throughout, Mapua was a picture of disappointment on both ends, their main weapon from the outside deserting the Cardinals in the most crucial match of the season.

The Cardinals, the most accurate squad on the perimeter and from the three-point range, stumbled in a 21-point hole early in the third and came within five on the two triples by Arvin Gamboa and Paolo Hernandez.

Abando steadied the Knights by scoring six of their last seven points that ended the Cardinals’ exhilarating comeback.

After the final buzzer sounded, Letran supporters poured onto the court as confetti rained down on the champion Knights guided by head coach Bonnie Tan.