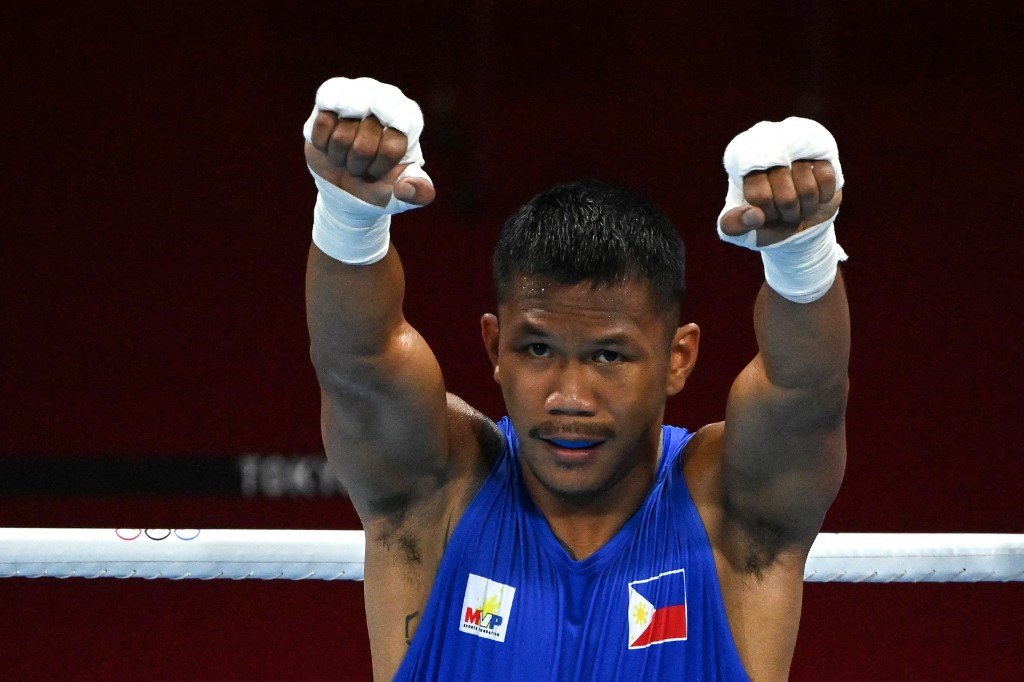 MANILA, Philippines—Eumir Marcial hardly broke a sweat on his way to another Southeast Asian Games gold medal on Sunday.

The hard-hitting Marcial needed just one round to dispose of Delio Anzaqeci of Timor Leste in their men’s middleweight final at Bac Ninh Gymnasium in Vietnam.

Marcial, who claimed his fourth SEA Games gold medal, quickly made target practice out of his foe and scored two standing eight counts before the referee had seen enough and called off the lopsided bout.

Ladon claimed the flyweight gold after a split decision win over Van Thao Tran of Vietnam while Bautista dominated Naing Latt of Myanmar in the bantamweight final.

Irish Magno, the last Filipino to vie for the gold, hopes to make it four-of-four later.