LAPD cop killed during training was beaten to death: suit 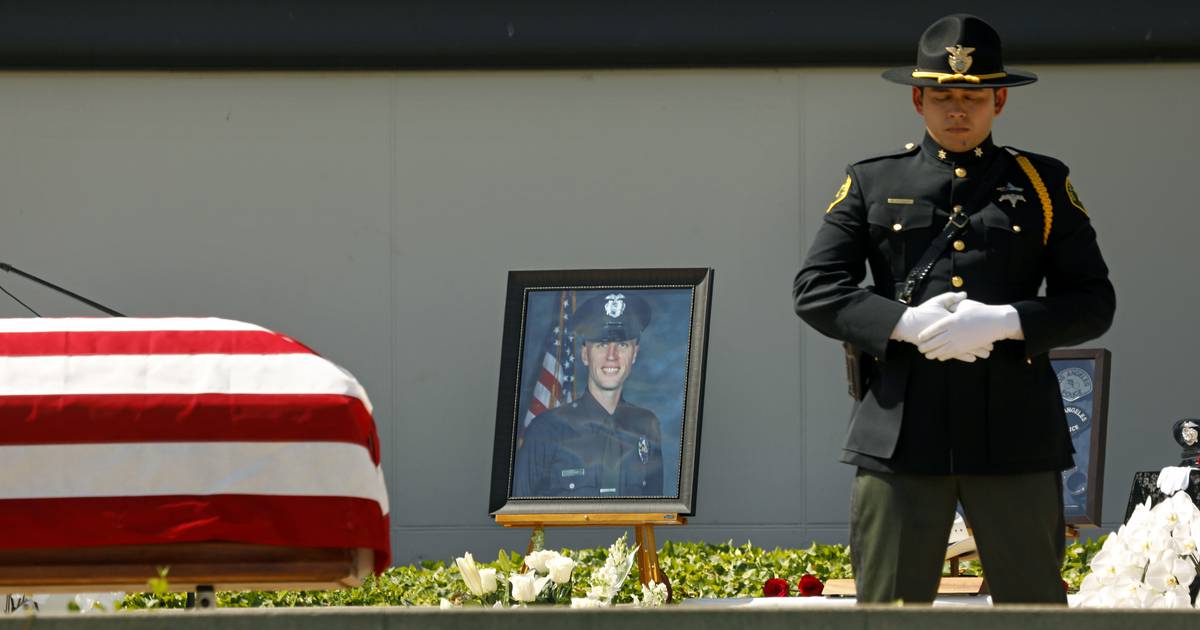 A Los Angeles police officer was beaten to death by his fellow officers who were simulating a mob attack during a training exercise, his mother claims in a wrongful death lawsuit.

Officer Houston Tipping, 32, died on May 29, three days after suffering a spinal cord injury at the police academy in Elysian Park, according to the lawsuit obtained by the Los Angeles Times.

Tipping was “repeatedly struck in the head severely enough that he bled,” requiring stitches, and suffered “multiple breaks in his neck,” his mother, Shirley Huffman, said in the lawsuit.

The officer, a five-year LAPD veteran, also allegedly suffered injuries to two parts of his head and to four vertebrae.

The training exercise was meant to simulate a mob and had already been called into question because of previous injuries to other officers, according to the lawsuit.

A spokesperson for the Los Angeles Police Department did not immediately return a request for comment from the Daily News Sunday.

At the time of his death, the LAPD said Tipping had been “grappling with another officer” when he fell and suffered a catastrophic spinal injury.

“Chief Moore stated that Officer Tipping impressed his peers with a ‘willingness to go the extra mile to make the world a better place,’” Huffman’s lawsuit reads. “Yet, that wasn’t enough to avoid other officers paralyzing him and eventually killing him in violation of law, and his civil rights.”

Tipping was buried Wednesday at a public funeral attended by LAPD Chief Michel Moore and Mayor Eric Garcetti, according to the Times.