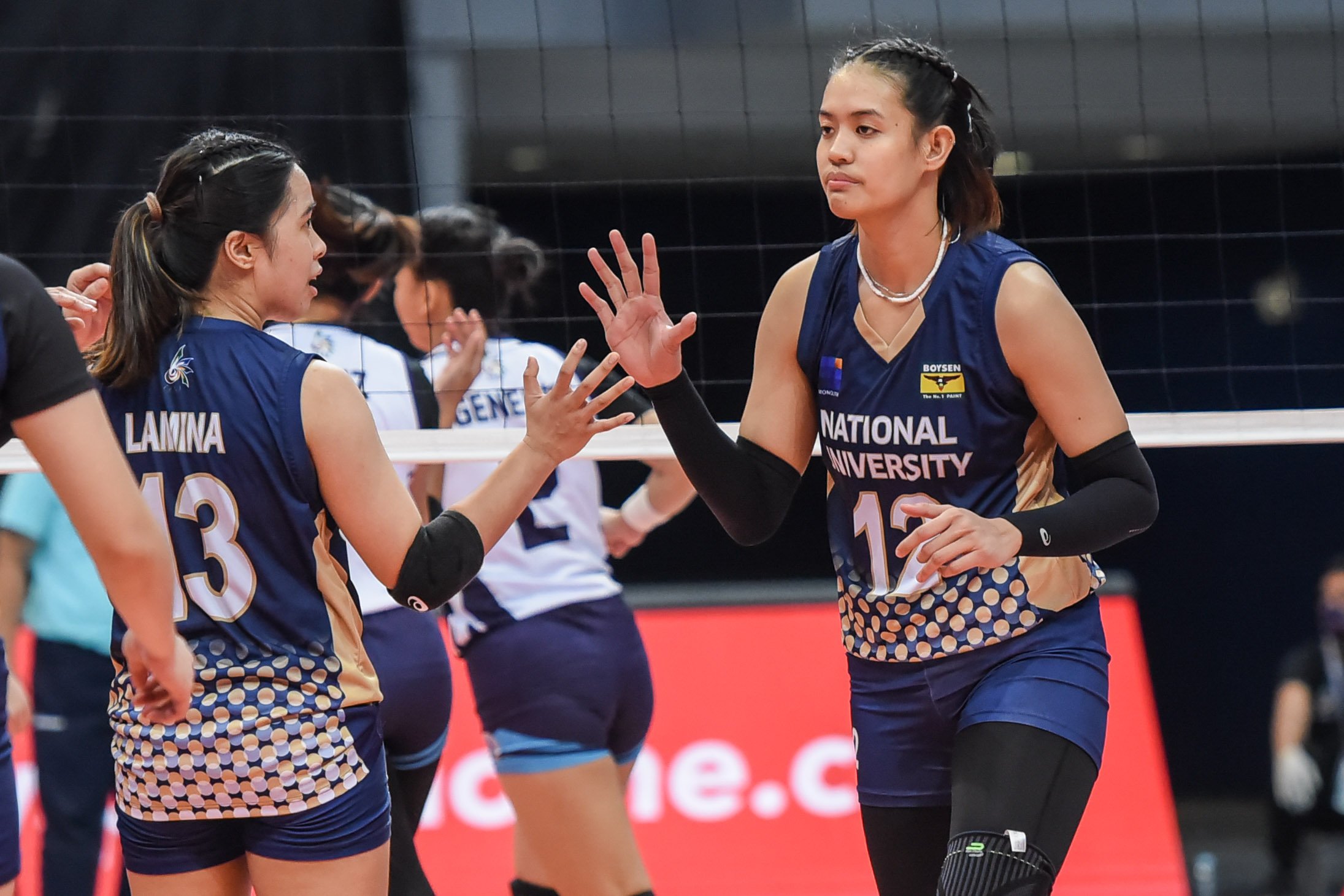 Among the teams that National University has faced this season, Adamson proved that it could whip the Lady Bulldogs—at least for a set.

Coach Karl Dimaculangan admitted that it was a “test of maturity and character” for the Lady Bulldogs, who were jolted from a midday nap before regaining their bearing in time to dispose of the feisty Lady Falcons, 25-20, 25-17, 13-25, 25-13, on Thursday at Mall of Asia Arena.

“We are looking forward to the Final Four or how far we could reach this season,” said Dimaculangan. “But we first need to learn to play without looking at the standings too much.”

It’s hard, of course, to avert one’s gaze from the win-loss columns, especially for a team that has not lost in 11 matches so far in the UAAP Season 84 women’s volleyball.

The Lady Bulldogs, who have practically sewn up the No. 1 spot, handed the Lady Falcons their fifth loss against six victories.

It was a crucial victory for the Lady Spikers, with their eighth win in 11 games giving them a key edge for a twice-to-beat advantage in the semifinals.

In getting back at their first-round tormentors, the Lady Spikers discovered key players who they can use as a foundation to rebuild a dynasty they once enjoyed.

“The performances of the players are on the rise,” said La Salle assistant coach Benson Bocboc.

Fifi Sharma and Thea Gagate added 13 points each while Jolina dela Cruz and Alleiah Malaluan chipped in 11 and 10, respectively.

La Salle’s setter Mars Alba was also a revelation in distributing 25 excellent sets that made things all the more difficult for UST.

“Maybe it’s because of the situation or just good timing on her part, she knows who’s on fire. It’s a good experience for her,” added Bocboc.

The Tigresses absorbed their second straight defeat and slid to third place at 7-4. Eya Laure, the league’s top scorer in the first round, struggled with the La Salle defense and was limited to eight points.