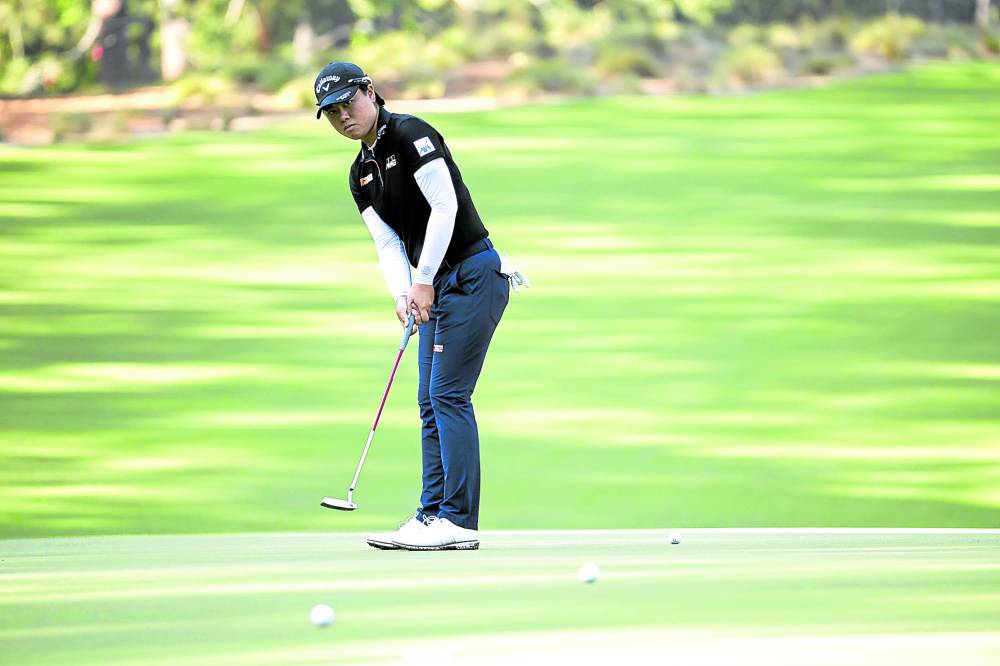 Yuka Saso, here putting on the sixth green during the practice round, has turned in the work for her repeat bid. —AFP

Yuka Saso tries to become the first player to repeat as US Women’s Open champion in more than two decades when the $10-million event tees off on Thursday (Friday in Manila) at Pine Needles in Pinehurst, North Carolina, the site where the last player to successfully defend pulled off the feat.

After becoming the first Filipino to win a golf major last year, the 21-year-old Saso will be playing for Japan this time and will look for the same spark that catapulted her to world fame last year at Olympic Village before a gallery of Philippine migrants that followed her every step.

This will be the first time in 15 years that Pine Needles will be hosting the 72-hole championship, but the course has been kind to defending champion with Annika Sorenstam completing the feat in 1995-96 and Aussie Karrie Webb the last to do it in 2000-01.

“I just want to enjoy and have fun,” said Saso, who bared that she has worked on all aspects of her game to be ready for her defense.

“This is going to be a great challenge for all of us,” Saso said of the layout. “It’s very difficult, especially the greens.”

The absolute best in the women’s game will be at Pine Needles, with reigning Olympic champion Nelly Korda returning after a two-month absence because of a blood clot in her arm.

Jin Young-ko of South Korea is now the top-ranked player in the world with Korda sliding down to No. 2 because of the illness that forced her out of the game since February.

“To tee up and hit my first tee shot on Thursday, that is as far as I’m looking right now,” Korda replied when asked of her goals for the week. “I’ve been out of competition since early February. I’m honestly just grateful to be out here playing. I’m going to take it one step at a time.

“I’m not expecting too much. The girls are already in the midst of their seasons and have a bunch of rounds under their belts.”

Saso beat Nasa Hataoka in a two-hole aggregate playoff and a one-hole sudden death last year, as both benefited from a back nine collapse by American Lexi Thompson on Sunday where she blew a five-shot lead.

Saso gets going at 8:32 a.m. in a group that will also have Anna Nordqvist of Sweden and amateur Jensen Castle.