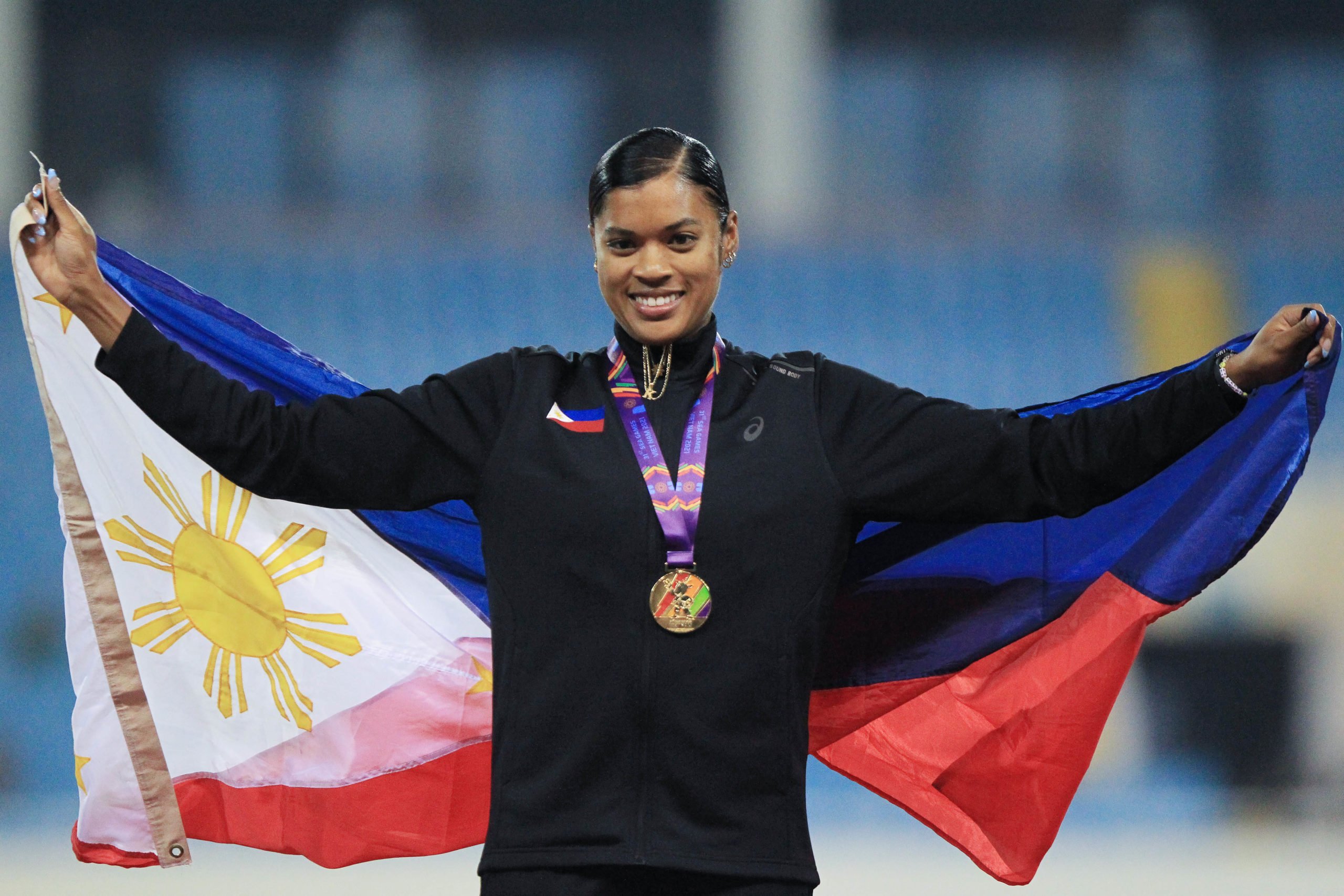 HANOI—A handful of twentysomethings kept the country’s gold medal machine from grinding to a complete halt. And the promise of bigger things to come made up for the lack of winning production in the 31st Southeast Asian Games on Wednesday.

Kayla Richardson led the charge of the young guns by claiming the centerpiece 100-meter dash at My Dinh National Stadium to highlight a three-gold day for Team Philippines.

“I was pretty confident coming here; I was doing 11.61 seconds, which I did today,” said Richardson, who finished in 11.60 seconds to beat a Singaporean rival who yanked out the 200-meter gold from her and sister Kyla two days ago. “It was amazing. I was happy to be able to put it together.”

“I wasn’t a good starter, so I let them go ahead and [did] my thing [in the stretch],” said Richardson of her second century dash gold medal. She was also the region’s fastest woman in the 2015 edition in Singapore.

The young archers and Richardson, however, won’t stop with their gold medals.

The young national athletes are using their current victories as gateways to much bigger plans.

“We will make it a point to enter [the three archers] in qualifiers for the Olympics, maybe start in the Asia/Oceania [tournaments],” said World Archery Philippines (WAP) secretary general Rosendo Sombrio.

The Philippines hadn’t won a recurve gold medal in decades until the WAP assembled its young squad.

Richardson, meanwhile, is preparing for the athletics’ world championships in Oregon later this year.

“I still have a lot [to do] in the season,” she said after handing the athletics team its fifth gold in the biennial meet.

Even Chua is considered a youngblood in a sport still known for its aging legends like Efren “Bata” Reyes, who finished with a bronze in 1-shot carom, and Francisco “Django” Bustamante, who is coaching women’s ace Rubilen Amit.

“But we still have plenty of sources of golds; there’s e-sports, boxing, basketball (5X5), wrestling, taekwondo, weightlifting of course, and a few in tennis,” said Tolentino.