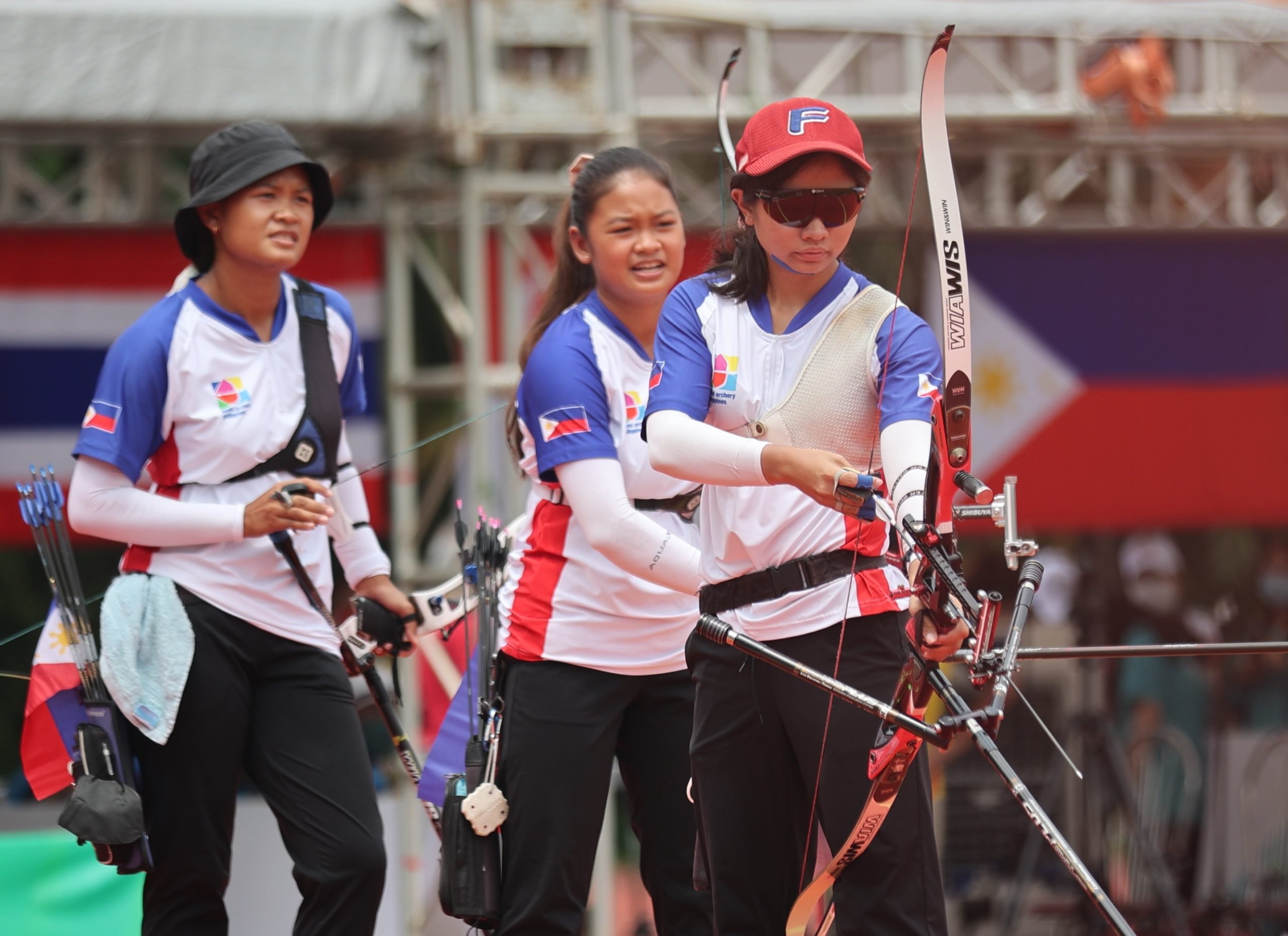 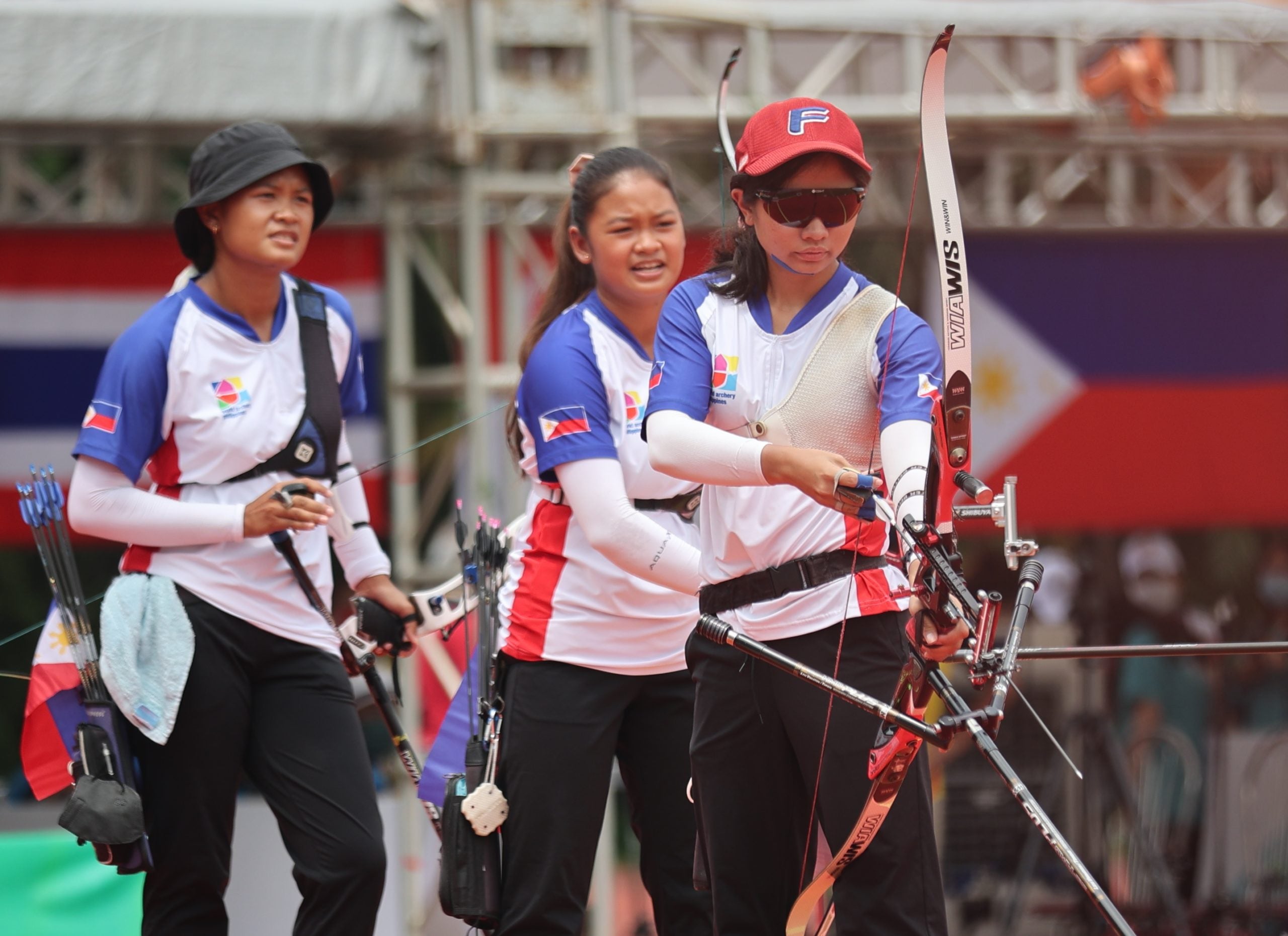 HANOI—When Gabrielle Monica Bidaure’s arrow in the final shootout against host Vietnam hit its mark, it didn’t just win a gold medal for Team Philippines.
It also opened a world of possibilities for the young archery squad.

Fired under time pressure, the 20-year-old’s shot pierced the bullseye and sealed a 10-9 win for the Philippines, a victory that will have a farther trajectory: the Paris 2024 Olympics.

Bidaure, her 23-year-old sister Pia Elizabeth Bidaure and 20-year-old Phoebe Amistoso are now being groomed for the next Olympics as the World Archery Philippines’ grassroots program takes a step closer to its dream.

“We will compete in all possible Olympic qualifying for Paris for these girls,” said WAP secretary general Rosendo Sombrio. “Definitely the future is bright for Philippine archery in the Olympics.”

Judging from the women’s steel-nerved performance in the final, the WAP is indeed on the right track.

Bidaure’s heartstopping win in the shootout capped a 26-25 victory by the Philippines over the hosts at Hanoi National Training Center.

“We just kept telling ourselves that this is ours,” said Pia Biadaure. “This is what we’ve been doing in practice. After we shoot, we talk among the three of us and tell each other that we are going to medal in the SEA Games.”

And that faith did not waiver, even with Gabrielle took her turn under heavy time pressure.

Gabrielle actually had a “hairline” chance of making the Tokyo Games, according to Sombrio. The cutoff was nine players; she was ranked 10th.

The Bidaure sisters and Amistoso were also set to vie for the last qualifying to the Tokyo Games. But they didn’t make the flight to a Paris tournament because Amistoso tested positive for COVID-19.

Now, the path has been cleared for the trio to make it all the way to the French capital.

“But they are not rushing things, they are very young and anything can still happen for them,” added Sombrio.

The men’s team, also composed of youngsters, ended up fourth in the same event. But Sombrio said they are happy considering they flew in the youngest teams ever.

“We expected them (women’s team) to medal, but not the gold,” said Sombrio. “It’s hard to face the host team for the gold.”

The country has not won a gold in recurve—the discipline that is played in the Olympics—in a long time. Before this, all the Philippines had to show in archery was a gold medal in compound during the 2019 SEA Games.

The archery squad gets a chance to shoot for its second gold Thursday when it battles Malaysia in the finals of the compound bow mixed team event.