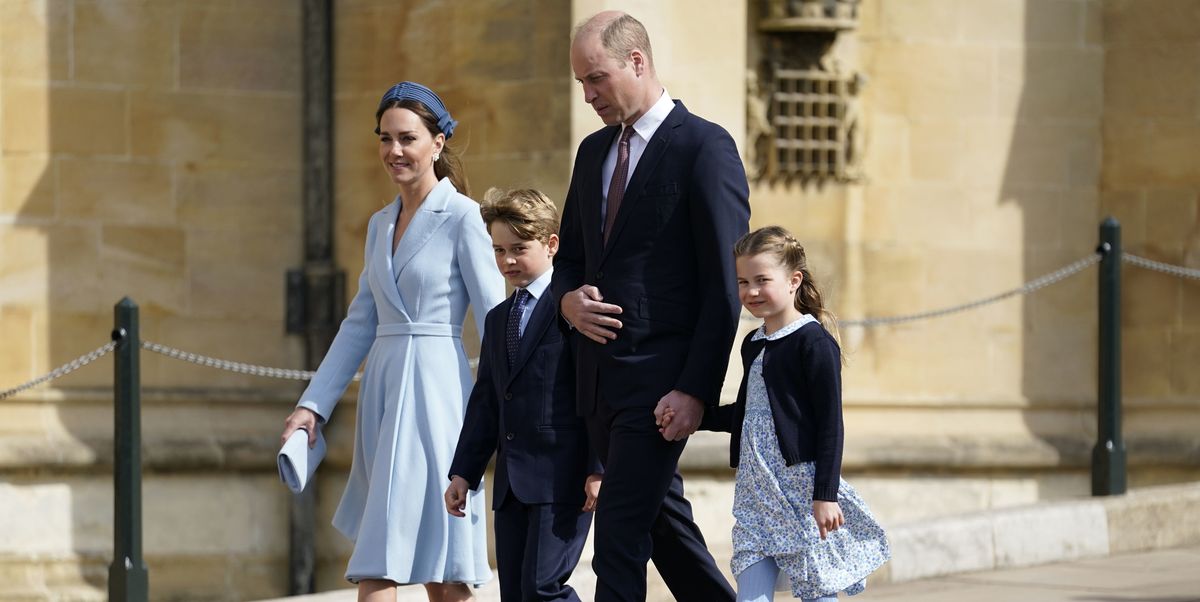 On April 17, the Duke and Duchess of Cambridge stepped out for Easter Sunday service in classic spring colors, and they were joined by little Prince George, 8, and Princess Charlotte, 6. Kate Middleton’s fitted coat dress adorably matched the robin’s egg blue of her daughter’s frock. The coat dress featured an open collar and cinched belt, creating an elegant silhouette, and she carried a clutch in the same color. Her headpiece and heels were in a slightly darker blue.

Service is held at St. George’s Chapel in Windsor Castle, and is attended by various members of the royal family. This was the first Easter church outing for George and Charlotte, though 4-year-old Prince Louis was not in attendance. The Cambridges have been bringing George in particular to more official events as he learns his role in the family.

Also at St. George’s were Prince Edward, Queen Elizabeth’s youngest son, as well as his wife Sophie and their children. Princess Eugenie, the daughter of Prince Andrew, was there, too. Easter Sunday service did not see Queen Elizabeth. The 96-year-old monarch is staying home after recovering from some health issues, including a bout with COVID-19, though she may be visited by her family after the service.

She was visited this week by her grandson Prince Harry and his wife Meghan Markle. It was the first time the Duke and Duchess of Sussex have returned to the UK after leaving their positions as working royals and moving to California. From there, the couple left for the Netherlands and the Invictus Games.

J.Crew’s $198 Bag Is For You If You Love Celine’s Triomphe

The Best Valentine’s Day Gifts Picked by a Shopping Editor