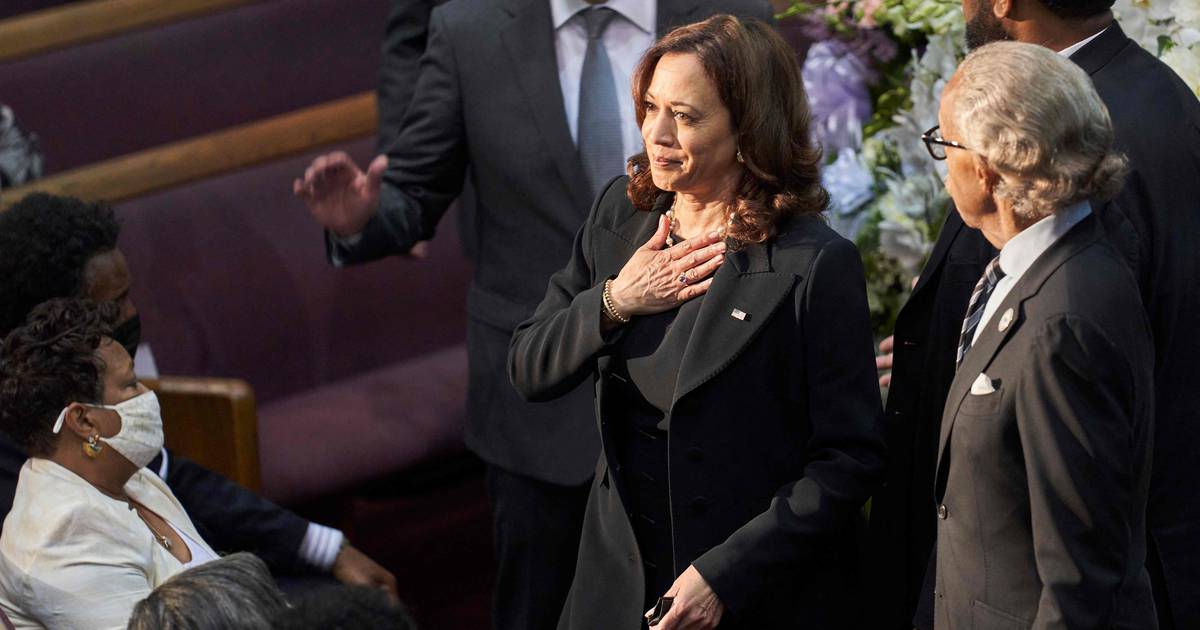 Vice President Kamala Harris spoke out against “an epidemic of hate” at a funeral for one of the 10 people killed two weeks ago in the Buffalo supermarket shooting.

“This is a moment that requires all good people, all God-loving people, to stand up and say, ‘We will not stand for this. Enough is enough,’” Harris said. “We will not let those people who are motivated by hate separate us or make us feel fear.”

Whitfield, 86, was one of 10 Black people killed by 18-year-old white nationalist Payton Gendron on May 14 at a Tops supermarket in Buffalo. Gendron wrote that he targeted the store because it was in a majority Black neighborhood.

Whitfield was shopping at the store after spending time with her 88-year-old husband at a nursing home. Her funeral was held at Mt. Olive Baptist Church, just a six-minute drive from the supermarket.

Harris and Sharpton were joined in attendance by Gov. Hochul, a Buffalo native, and Sen. Kirsten Gillibrand, among others.

Whitfield’s funeral was the last for the 10 victims. Prominent civil rights attorney Ben Crump, who is representing Whitfield’s family, was not as diplomatic as Harris in his remarks.

“It is a sin that this young depraved man, not a boy, went and killed Ruth Whitfield and the ‘Buffalo 10,’” Crump said, adding that he believed anyone who enabled, “instructed and radicalized this young, insecure individual” should be considered accountable for his actions.

Gendron was charged with first-degree murder and is being held without bail.

Sharpton and Harris both noted that the Buffalo shooting was one of several mass killings in recent years where the shooter was motivated by hate. They mentioned the Pittsburgh synagogue shooting, the Atlanta spa killings and the Pulse nightclub shooting in Orlando.

“I do believe that our nation right now is experiencing an epidemic of hate,” Harris said.

Ramos’ motivation was much less clear than Gendron’s. State and federal investigators are still looking into his background, though classmates described him as a loner who more or less dropped out of high school in the small 16,000-person city in southwest Texas.

Like Gendron, Ramos legally purchased a high-powered rifle shortly after turning 18. Harris did not mention gun laws in her brief remarks at Whitfield’s funeral.

“I think we all know that a true measure of strength is not based on who you beat down, it’s based on who you lift up,” Harris said. “And it means that also in that strength, understanding we will not allow small people to create fear in our communities. That we will not be afraid to stand up for what is right, to speak truth even when it may be difficult to hear and speak.”