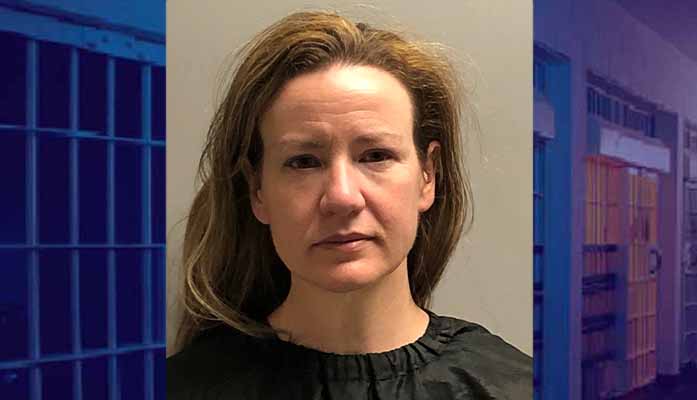 A Cochise County woman awaiting three trials for domestic violence assault charge, harassment, and domestic violence disorderly conduct may have supervised visits with her children, but a question has been raised as to whether the children should be forced to visit and attend therapy sessions with their mother.

Melia Price Williams is mentioned in some manner in 24 law enforcement reports between June 2020 and May 2, 2022, most dealing with a contentious divorce action. She is scheduled for a pretrial conferences in her cases on July 12 at the Sierra Vista Justice Court.

The first case involves a July 2021 incident in which she is alleged to have assaulted her husband, Travis Williams, who filed for divorce a few weeks later. The other two cases involve separate incidents this February.

Arizona Daily Independent has also confirmed an additional criminal charge is under consideration for a January contact Melia Williams had with the Sierra Vista Police Department, while a May 2 incident responded to by the Cochise County Sheriff’s Office is still open.

The Arizona Department of Child Safety is also involved with the family due to various concerns for the children’s welfare stemming from admissions made by Melia Williams as part of the divorce proceedings. Travis Williams has custody of the couple’s six minor children, according to court records.

Judge Jason Lindstrom has set a July trial date in the divorce case. He has also ordered Travis Williams to make the children available for supervised visits with their mother on Saturday mornings and to have them participate in periodic supervised parenting time with Melia Williams and her therapist.

However, a dispute recently arose when Travis Williams learned Melia Williams planned to have her therapist serve as a de facto visitation supervisor during a therapy session. The father argued the arrangement was not in the best interest of the children without a regular visitation supervisor.

On May 4, Lindstrom conducted a hearing concerning a petition of contempt filed by Michael Farro, the attorney for Melia Williams. The petition contended Travis Williams violated the court’s order by not making the children available for a scheduled session. Lindstrom denied the contempt request but urged the parties to work together to resolve the issue.

Melia Williams’ attorney filed a second petition for contempt on May 17 after the children did not attend a scheduled therapy session earlier that day. The new contempt petition asks the judge to jail Travis Williams “for a reasonable period of time” to allow him to think about his disregard of the Court’s orders.

What is not mentioned in Farro’s petition is that Travis Williams claims to have withheld the children from therapy because their own therapist expressed concern about forcing them to spend more time with their mother than they absolutely must right now.

The father’s attorney, Joel Borowiec, filed an affidavit to the judge about the adverse mental health impacts recently experienced by two of the children related to spending time with their mother. In addition, Borowiec reminded Lindstrom “there was a reason the Court ordered supervised parenting time, and in a public place” in the first place.

Lindstrom has ordered a June 6hearing on the contempt request as well as an emergency motion by Travis Williams concerning the current visitation and therapy court orders. It is unclear whether the judge also intends to address claims that Melia Williams has not attended 14 of her Saturday visitation times in recent months.

As to the criminal cases, court records show Melia Williams was booked into jail July 7, 2021 for domestic violence assault. She was approved by the Cochise County Attorney’s Office for a deferred prosecution program to have the misdemeanor charge dismissed upon successful completion of various requirements.

One such requirement was for Melia Williams to remain law abiding during the duration of the program. But she was cited for new criminal offenses on Feb. 2 by a sheriff’s deputy and Feb. 26 by the Sierra Vista police officer; both incidents relate to her alleged violations of court orders about prohibited contact with Travis Williams.

SVPD Officer Michael Comparoni wrote in his report that the Feb. 26 incident was witnessed and recorded by some of the couple’s children during a supervised visit.  At one point, Melia Williams grabbed two of the children in an attempt to keep them from leaving.

She was also seen on video making several attempts to get into Travis Williams’ vehicle, even though she is under court order to have no contact with his except by phone.

Comparoni also noted in his report that Melia Williams later accused him of being “paid off” to arrest her. And she told Comparoni “a witch” was living in the Williams home who can cast spells.

Prison time is not an option for any of the current charges, although several months in jail and/or a few years of probation is possible if Melia Williams is convicted of all the counts in the three cases. No trial date has been set.