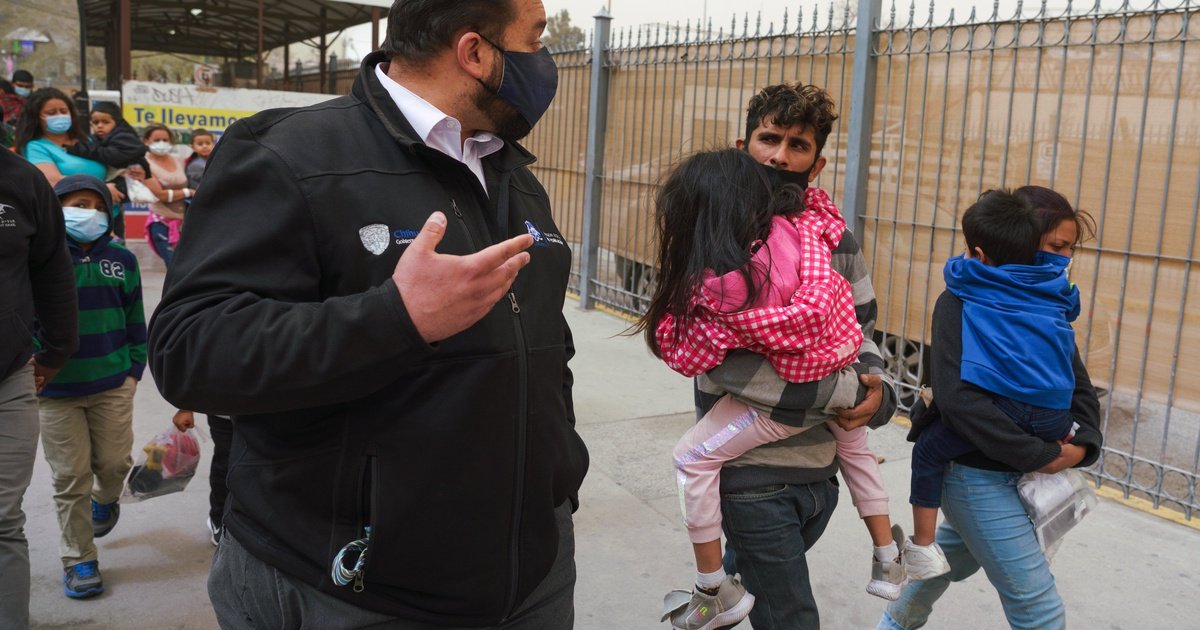 A federal judge in Louisiana on Wednesday temporarily blocked the Biden administration from increasing the number of deportations of some Central Americans back to their home countries and ordered the administration to instead send them to Mexico under an emergency health order used to expel migrants from the country, including asylum-seekers.

During a phone call with reporters on Tuesday, a Biden administration immigration official was asked about the Louisiana judge’s impending order and said the administration plans to comply with it but remarked, “We really disagree with the basic premise.”

The Biden administration had announced that it will stop expelling migrants under Title 42 starting May 23 and instead go back to detaining and deporting migrants who don’t qualify to enter and remain in the U.S.

On April 3, Arizona, Missouri and 19 other states filed a lawsuit in the Western District of Louisiana, asking District Judge Robert R. Summerhays, an appointee of former President Donald Trump, to stop the Biden administration from ending Title 42.

Then on April 20, Fox News reported that the Biden administration had stopped using Title 42 for some migrants from certain Central American countries and instead was deporting them to their home countries. The next day, Arizona’s lawyers asked Summerhays to block the Biden administration from deporting those migrants and instead expel them to Mexico.

“A major media outlet reported that ‘Border Patrol is not using the Title 42 public health order to remove many migrants from the Northern Triangle countries of Guatemala, Honduras and El Salvador,’” Arizona’s request to the judge says, quoting the Fox News article.

Immigration officials had stopped expelling some single adult migrants from those countries under Title 42 and instead processed them under Title 8, a law that allows agents to deport migrants to their home countries without a court hearing. Deportations to those countries had historically accounted for 5% of cases. After the move to process migrants under Title 8, those cases increased to 14%, and the judge has ordered the government to aim for a return to that lower historic rate.

“We’re in a strange world right now where Greg Abbott is giving free bus rides to migrants and [Arizona Attorney General] Mark Brnovich has forced [the Department of Homeland Security] to deport fewer people,” said Aaron Reichlin-Melnick, an analyst with the American Immigration Council, a Washington, D.C., group that advocates for immigrants, referring to the Texas governor’s program that transports asylum-seeking migrants to the country’s capital.

Deporting a migrant under Title 8 allows federal prosecutors to bar them from entering the U.S. for five years — and charge them with a felony if they attempt to enter the country again without legal permission. Title 42 doesn’t include similar penalties for attempting to re-enter the U.S. after removal.

In court filings, U.S. Department of Justice lawyers said the Biden administration stopped applying Title 42 to migrants from Northern Triangle countries because “the recidivism rate of single adults from Northern Triangle countries processed under Title 42 is nearly 50%,” according to the DOJ court document, which also says, “The use of expedited removal has a greater deterrent effect than expelling a migrant to Mexico under Title 42.”

Summerhays plans to hear arguments from both sides to determine whether he will block the Biden administration from lifting Title 42 completely.

Since health authorities enacted Title 42 more than two years ago, immigration officials have used the health order nearly 1.8 million times to expel migrants, many of whom have been removed multiple times after making repeated attempts to enter the U.S.

Help mission-driven journalism flourish in Texas. The Texas Tribune relies on reader support to continue delivering news that informs Texans and engages with them. Donate now to join as a Texas Tribune member. Plus, give monthly or yearly now through May 5 and you’ll help unlock a $10K match. Give and double your impact today.