John Deere Moving Part Of Production From Iowa To Mexico 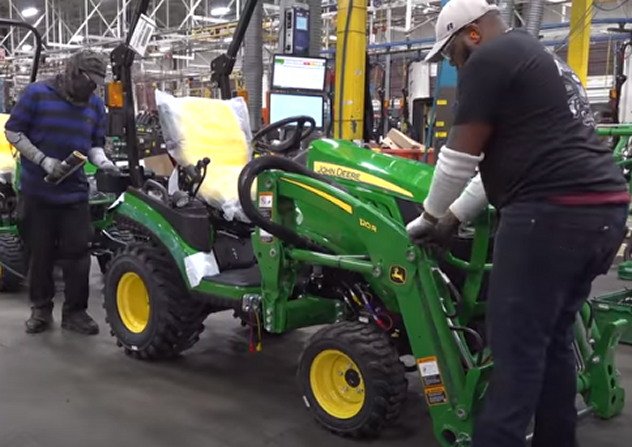 John Deere, the iconic producer of tractors and other work vehicles, is reportedly moving part of their production from Iowa to Mexico.

This is just the kind of thing that motivated millions of Americans to vote for Trump in 2016 and now we see it happening again.

How many American jobs will be lost because of this?

John Deere has confirmed it will move part of its Tractor and Cab Assembly Operations facility in Waterloo, Iowa, to Mexico by the 2024 fiscal year.

While the machinery manufacturer plans on bringing new manufacturing products to the Waterloo plant, in a statement provided to Breitbart News, a Deere and Co. spokesman confirmed their intentions to ship part of their operations to Mexico…

There are “approximately 1,100 people” employed at the Waterloo facility, KWWI reported. 2020 U.S. Census data indicates that Waterloo has a population of over 67,000 residents.

This is not good.

Roughly 250 workers are expected to lose their jobs.https://t.co/xylbwDji89

Is this even on Joe Biden’s radar?

You know Trump would be all over this if he was still in office.