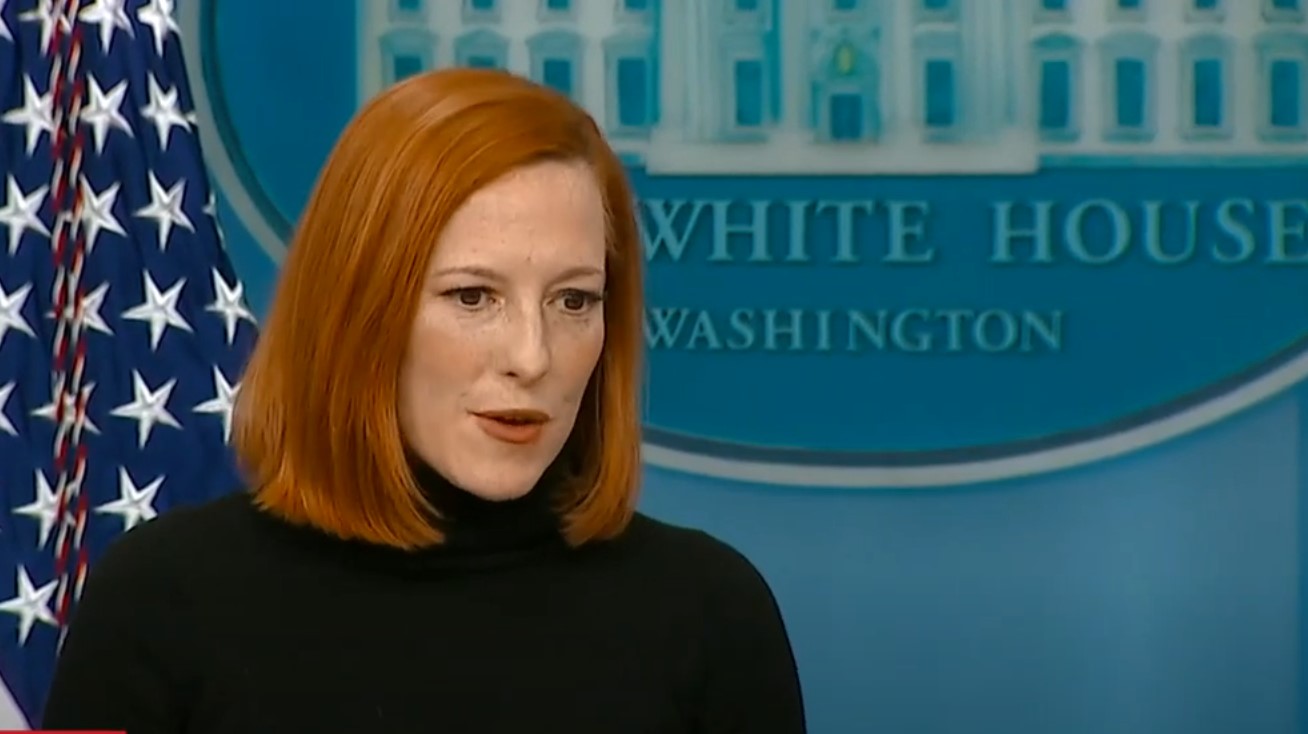 We sent an amount during president Biden’s first year in office, more than any other president in history. And we shared a significant amount of intelligence about Russia’s intelligence and movements as you know. 3.2 billion total. 2.6 billion since this conflict started.

That is in direct contrast with our predecessor who withheld hundreds of millions from Ukraine including Javelins and McCarthy who was critical of us in this moment he defended as the right thing to do at the time because he claimed people believed there was corruption in the President Zelenskyy administration. I don’t know if that is a question for us or for him what has changed in that time.

The situation in Ukraine didn’t change. but the party of the occupant of the White House did.

Kevin McCarthy has no values, no core beliefs, and cares nothing about policy consistency. Rep. McCarthy wants to be the next Speaker of the House, but Jen Psaki annihilated him by pointing out that his strong support of Ukraine wasn’t there when Trump was president.