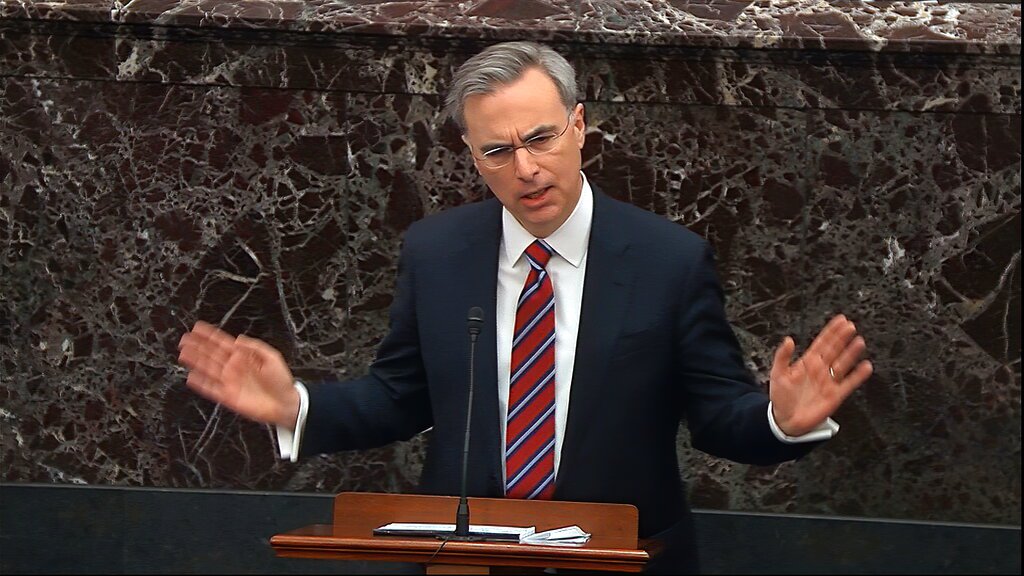 In this image from video, White House counsel Pat Cipollone speaks during the impeachment trial against President Donald Trump in the Senate at the U.S. Capitol in Washington, Saturday, Jan. 25, 2020.

WASHINGTON — The House committee investigating the Jan. 6 insurrection issued a subpoena Wednesday to former White House counsel Pat Cipollone, who is said to have stridently warned against former President Donald Trump’s efforts to try to overturn his election loss.

It’s the first public step the committee has taken since receiving the public testimony of Cassidy Hutchinson, the one-time junior aide who accused Trump of knowing his supporters were armed on Jan. 6 and demanding that he be taken to the U.S. Capitol that day.

Cipollone, who was Trump’s top White House lawyer, is said to have raised concerns about the former president’s efforts to overturn his 2020 election defeat and at one point threatened to resign. The committee said he could have information about several efforts by Trump allies to subvert the Electoral College, from organizing so-called alternate electors in states Biden won to trying to appoint as attorney general a loyalist who pushed false theories of voter fraud.

Cipollone has been placed in key moments after the election by Hutchinson as well as by former Justice Department lawyers who appeared for a hearing the week before.

Hutchinson said Cipollone warned prior to Jan. 6 that there would be “serious legal concerns” if Trump went to the Capitol with the protesters expected to rally outside.

The morning of Jan. 6, she testified, Cipollone restated his concerns that if Trump did go to the Capitol to try to intervene in the certification of the election, “we’re going to get charged with every crime imaginable.”

And as the insurrection went on, she says she heard Meadows tell Cipollone that Trump was sympathetic to rioters wanting to hang then-Vice President Mike Pence.

“You heard it,” Meadows told Cipollone, in her recollection. “He thinks Mike deserves it. He doesn’t think they’re doing anything wrong.”

Reps. Bennie Thompson, D-Miss., and Liz Cheney, R-Wyo., the chairman and vice chairman of the committee, said in their letter to Cipollone that while he had previously given the committee an “informal interview” on April 13, his refusal to provide on-the-record testimony made their subpoena necessary.

Rep. Adam Kinzinger, R-Ill., who sits on the committee, said last week that Cipollone told the committee he tried to intervene when he heard Trump was being advised by Jeffrey Clark, a former Justice Department official who wanted to push false claims of voter fraud. Federal agents recently seized Clark’s cell phone and conducted a search of his Virginia home.

Clark had drafted a letter for key swing states that was never sent but would have falsely claimed the department had discovered troubling irregularities in the election. Cipollone was quoted by one witness as having told Trump the letter was a “murder-suicide pact.”