Jackson misses out on water and sewer funding 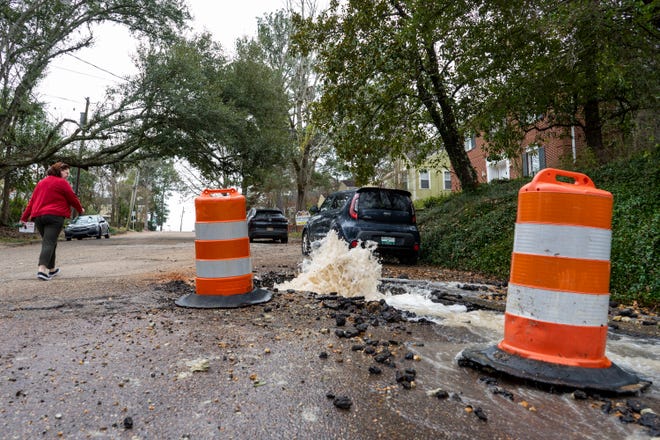 No other city in Mississippi will receive the same scrutiny from the state’s Department of Finance and Administration. Jackson also runs the risk of losing ARPA funds from the state if they are not spent by Jan. 1, 2027, a deadline no other city faces.

Mississippi received $1.8 billion allocation from ARPA, which the legislature decided how to allocate in the most recent session. The money can be used for infrastructure projects.

Cites and counties also received funds directly from the federal act. Jackson received $42 million in ARPA funds and plans to use $25 million of that money for water and sewer infrastructure.

Senate Bill 2822 allows cities to apply for a one-to-one match for water and sewer projects paid for with their own ARPA funds. Smaller municipalities that received less than $1 million in direct ARPA funds can request a two-to-one match.

Hinds County plans to transfer $5 to $8 million of its own ARPA allocation to the City of Jackson for pipe projects in south Jackson. The city can also request a one-to-one match for the money from Hinds County, so potentially Jackson could receive up to an additional $33 million from the state.

The Legislature also established a special designated fund for Jackson’s water and sewer needs with House Bill 1031, which was authored by Rep. Shanda Yates, I-Hinds. The original plan was to provide Jackson with an additional $42 in ARPA funds beyond what it might receive the state’s matching funds.

“I was very disheartened by the city not being able to get the funding that it needs from the state now,” said Charles Williams, Jackson’s city engineer.

A final change to SB2822 said that “any funds awarded to the City of Jackson under this section shall be deposited in the Capital City Water/Sewer Projects Fund of the State Treasury.”

That is the fund that was established by HB1031. Money in that fund is overseen by the Department of Finance and Administration. Any money in that fund not spent by Jan. 1, 2027 reverts to the state’s general fund.

“Jackson will have to race through the process just to make sure projects can get from design to implement,” said Quincy Mukoro, a legislative lobbyist for Jackson, in an email.

Other cities in Mississippi will not be subject to that oversight nor will they risk losing ARPA funds not spent over the next five years.

“This is not the outcome many of us wanted, but it is what the end result was after much push back about setting aside more than a dollar-for-dollar match for Jackson,” said Yates in an email.

How Native Americans fought the US government over gambling and won