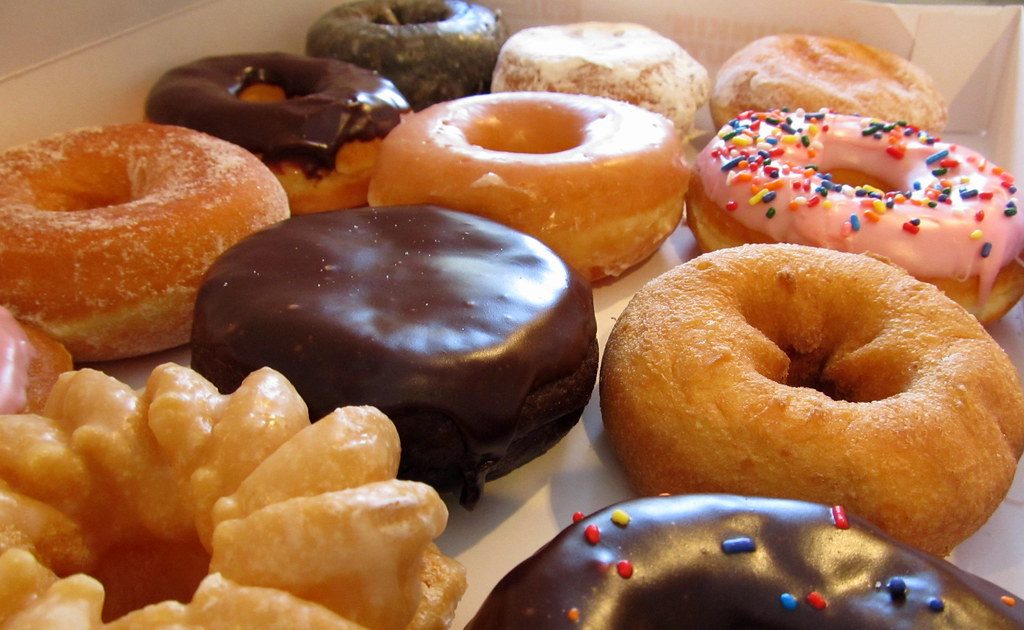 Each year on the first Friday in June, people participate in National Doughnut or Donut Day!

The doughnuts were often cooked in oil inside the metal helmets of American soldiers. American infantrymen were then commonly called “doughboys.” A more standard spelling of the word is “donut.” Celebrate the day by enjoying your favorite doughnut.

A recent poll found over 90% of Americans “like” or “love” donuts . . . and only 1% dislike them enough to use the word “hate.”  Also, our favorite types are glazed, Boston cream, and chocolate frosted.

Cleveland Rallies For 4 In 10th To Stun Twins