Is the ‘subscription economy’ going to feel the Netflix effect? 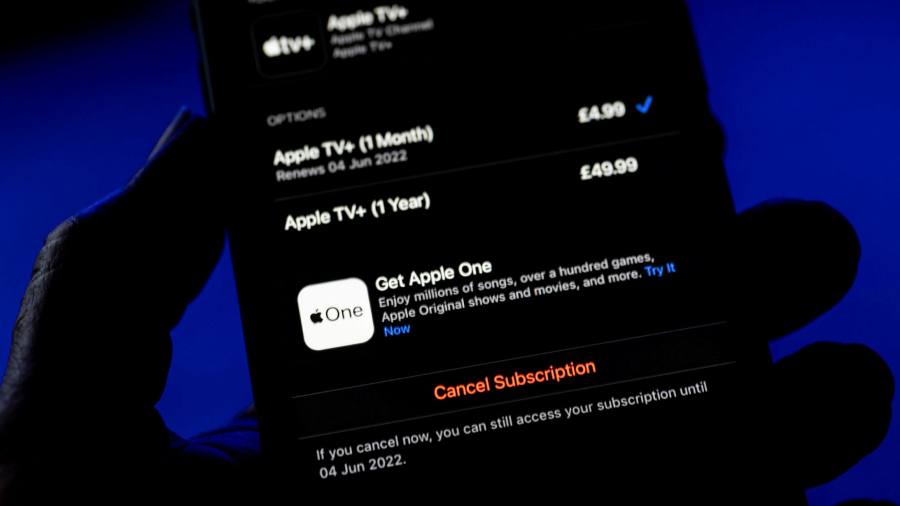 I cancelled an online streaming service recently. Well, I tried to. My first attempt failed to navigate the repeated offers and “are you sure?” prompts in the process. My recipe box comes much less often. I’ve cancelled one beauty subscription and downgraded another. I decided against kitchen roll deliveries because, really, do I need another one of these things? I have been repeatedly annoyed by the friction involved in managing the various subscriptions that are part of our daily lives.

I am a walking economic stereotype, and one increasingly in the sights of global regulators. The “subscription economy” is heading into its first serious downturn. The rash of businesses offering consumers services or products on subscription took off in about 2011, led by TV and music streaming services and quickly followed by boxes of beauty products, clothes, organic coffee, craft beer, pet food and much more.

For consumers, the appeal was convenience or the ability to try new things, research-free. For companies, entrepreneurs, and venture capital investors that piled into the space, the pitch was a stickier, more direct relationship with customers that were supposedly not just less price-sensitive but also easier to upsell.

That’s about to be tested. Appropriately for a category that got its start in digital media, Netflix is the canary for this squeeze. Its shares dropped 40 per cent last month when it warned that its subscriber growth had gone into reverse. Insipid content and cut-throat competition was one explanation. But data from Ampere Analysis suggested that belt-tightening played a significant role, with evidence that younger and lower-income subscribers were leaving Netflix in greater numbers.

The audit of spending won’t stop there. Kantar’s Global Issues Barometer found that nearly 40 per cent of households globally anticipated cutting back on entertainment subscriptions this year. But much greater numbers expect to prune luxuries, particularly in markets where inflation is highest. That will focus customers on the cost for convenience trade-off implicit in some delivery boxes: for example, meal kits are 60 to 140 per cent more expensive than buying ingredients separately or a ready meal, according to Bernstein analysis.

Since the pandemic, there is plenty to chop: captive consumers, fear of shops and plain old boredom fuelled a boom in subscriptions. Barclaycard last year reckoned 8 in 10 British households were signed up to at least one, and put the average number per household at seven in 2020. Zuora, a subscription management platform, found the average number of subscriptions per person had jumped from 2018 to 2020 in most markets around the world, led by China. That growth was led by younger adults who were more willing to try new categories, notes Bernstein.

“I personally think there is a limit to the number of subscriptions a person will have,” says Suranga Chandratillake at Balderton, which has backed established companies such as Beauty Pie and Smol. “There is going to be a trimming of some of the stuff that is a bit extraneous . . . some [models] that were OK in frothier times will struggle over the next year or two.”

Boom-time thinking may have bestowed a tech sheen on businesses that were subject to the same pressures around price, quality and customer whim as any other consumer goods outfit. “Investors have liked . . . the recurring revenue stream,” said another VC. “It resembles software as a service.” Global venture investment into consumer subscription services doubled from 2016 to 2020, and then doubled again in 2021, according to Dealroom data.

Meanwhile, regulators want to hold the subscription economy to new standards — in ways that could further dent bullish assumptions around customer loyalty or the rate at which free trials convert into paying customers. The US, where 84 per cent of consumers underestimated what they spent on subscriptions each month according to a 2018 study, is trying to tackle so-called negative options, such as where subscriptions roll over without explicit consent.

The EU and UK have homed in on asymmetries between easy sign-ups and arduous cancellations (and yes, newspapers can be guilty of this too). The UK government, which wants to create a beefed up consumer watchdog with new fining powers, estimates payments on unwanted consumer subscriptions of £1.8bn a year, or about £60 per household. “It is inevitably going to become a tougher environment for these businesses,” says Ben Chivers, a commercial partner at Travers Smith.

The answer to how sticky a consumer box subscriber is? Almost certainly, less sticky than you thought.