Investcorp in exclusive talks with Elliott to buy AC Milan 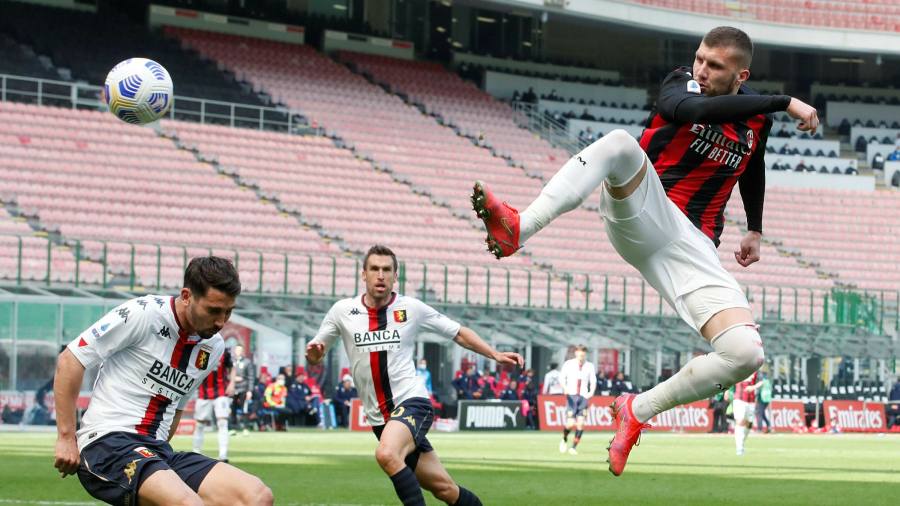 Asset manager Investcorp is in exclusive talks to acquire Italian football club AC Milan from US hedge fund Elliott Management in a deal that could value the Serie A team at more than €1bn, according to people briefed about the matter.

Mohammed Alardhi, Investcorp’s executive chair, and Hazem Ben-Gacem, co-chief executive of the firm, had been in discussions with top executives of the hedge fund since April 1, said a person with direct knowledge of the matter.

Elliott decided to enter exclusive talks with Investcorp in recent days, according to the people. They added that the exclusivity period would end in about two weeks.

The hedge fund has been approached by several buyers in recent years but none have led to a transaction. The current discussion could still fall apart or result in a minority stake transaction, people involved in the discussions said.

A sale above €1bn would mark a huge win for Elliott, which took control of AC Milan in 2018 at a fraction of that value after the club’s previous Chinese owner failed to pay back debt to the hedge fund’s credit arm that it used to buy the club a year earlier.

When Elliott took over, AC Milan’s finances were in disarray and its performance on the pitch was disastrous. The team, which had become one of the best in the world under the ownership of controversial media tycoon and Italy’s former prime minister Silvio Berlusconi, had not won Italy’s top league since 2011 and had repeatedly failed to qualify for the Champions League, Europe’s most lucrative club competition.

Scoreboard is the Financial Times’ must-read weekly briefing on the business of sport, where you’ll find the best analysis of financial issues affecting clubs, franchises, owners, investors and media groups across the global industry. Sign up here

After five years of restructuring and judicious investment, Elliott has returned AC Milan to Champions League football and the team is top of the Serie A table with a serious chance of winning the title again after an 11-year drought.

Investcorp, which was founded in 1982 as a Gulf-based private equity-focused investor and made its name during the 1980s and 1990s by taking stakes in luxury groups Gucci and Tiffany, plans to continue investing in the club and consolidate its position at the highest level of European football, said a person with direct knowledge of the matter.

Over the past decade, the firm has expanded into other alternative assets, including real estate, hedge funds and private debt. In 2016, it acquired the debt management business of 3i, one of Britain’s largest listed private equity groups, for £222mn, which played a key role in transforming the fund into a more globally focused investor.

Investcorp’s assets under management have grown from about $10bn to $42bn since the firm decided to shift its focus from being a primarily Gulf-based group to a global institution with 13 offices around the world.