Innovation in the agriculture-water sector 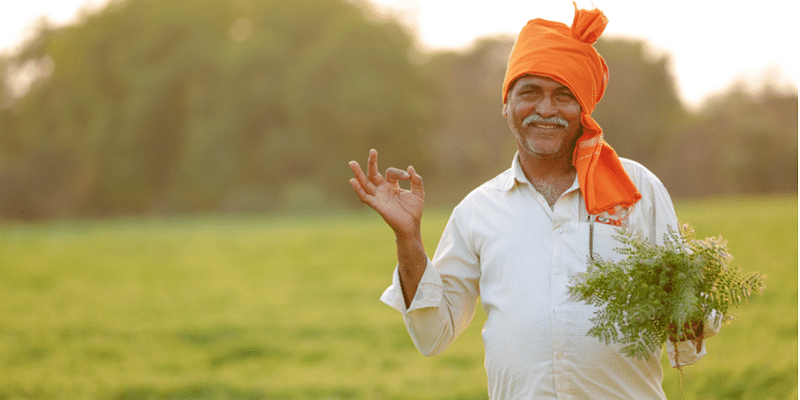 The 1965 Green Revolution changed the face of Indian agriculture – crop yields soared with better quality seeds, access to fertilisers, farm equipment, and access to irrigation. Among these, irrigation and water are the only ones that are still not priced.

Farmers became less dependent on the vagaries of the monsoon, thanks to the large-scale irrigation projects and later, an unfettered ability to dig new borewells helped. Stepwells, lakes, and other medieval hydrological structures were abandoned, their utility forgotten.

Decades later, we are at the brink of a water crisis with an increasingly erratic monsoon and increasing extraction of groundwater. Without a doubt, many entities are working to improve water conservation and management.

Some examples include the Maharashtra Government, which has been pushing for drip irrigation in sugarcane fields through subsidised loans and incentives for drip equipment, or organisations like CIPT and the PANI Foundation, that run outreach and extension programmes.

Private foundations like the Hindustan Unilever Foundation, are focussed on improving the water efficiency of agriculture and are working to achieve this through NGO partners. It is likely that to bring significant change to this situation, it requires behavioural change at different levels.

Villgro expects a coalition of non-profit entities, private companies, and local bodies like the gram panchayat and the state government programmes, to work in tandem to make this happen. There are a few challenge areas where the lack of new ideas and information has become the stumbling blocks.

At present, water availability in over 30 million groundwater structures is modelled through about 16,000 observation wells that are used to model water availability, making the data indicative, and not representative. All hydrological areas might not be well represented.

In the last four decades, more than 80 percent of the total addition to irrigated land has come through groundwater. Decisions on cropping patterns and intensity have been taken independent of the groundwater availability. Though there are MSPs announced for 23 crops, they are effectively followed only for rice, wheat, and sugarcane, all of which are water-intensive.

Energy subsidies and a drop in the quality of power

The availability of cheap/subsidised power in many states has played a major role in the decline of groundwater across India. This has led to heavy losses at state DISCOMs and a drop in the availability and quality of power for agriculture.

Without consistent demand creation and stable market linkages, farmers have had no incentive to shift to traditional crops like millets.

Making sense of where to play

Solving for these large-scale problems could represent the next big opportunity for innovation and entrepreneurship. Though solutions to problems have been identified, feasible and viable business models are rare.

According to Tracxn, only 31 startups are working in water and 16 in the irrigation sector. Out of this, only four in irrigation and nine in water have raised any funding. This could all change with the increasing need and focus on managing water better. This decade could see the increasing deployment of technologies and support.

Villgro believes that this space could be upended by unique partnerships between foundations, non-profits, and startups. It sees a few pioneering startups bringing in change in these areas working at:

A. An aggregated level, where data across swathes of farms can help decided on insurance, predict yield, or monitor crop status.

Along with the Hindustan Unilever Foundation, Villgro is also trying to help non-profits and startups work together to bring innovative products, services, and develop new go-to-market strategies. For corporate buyers and governmental bodies:

• Flybird is helping individual farmers save water and be more intelligent in managing irrigation through affordable irrigation and fertigation solutions.

• Aroghyam Medisoft is taking soil testing out of the lab, making it quicker, and more affordable to deploy. This is helping FPOs advise farmers better to manage water and inputs better.

• Agri Rain is deploying irrigation-as-a-service, with its rental model for hose reel irrigation equipment. Other upcoming segments are in consumer brands, supply chains working with water-efficient crops, and technology/data-based models that create and predict demand from commodity and corporate buyers.

Where do we go from here?

As the focus shifts from land productivity to irrigation water productivity, it is not for players to independently work on solutions. The past few decades have shown that not much can be achieved this way. Innovative go-to-market strategies, coalitions across the non-profit, state, corporate, and startup ecosystems could be the answer to bring in lasting, equitable, and systemic change that the agriculture-water space desperately needs.