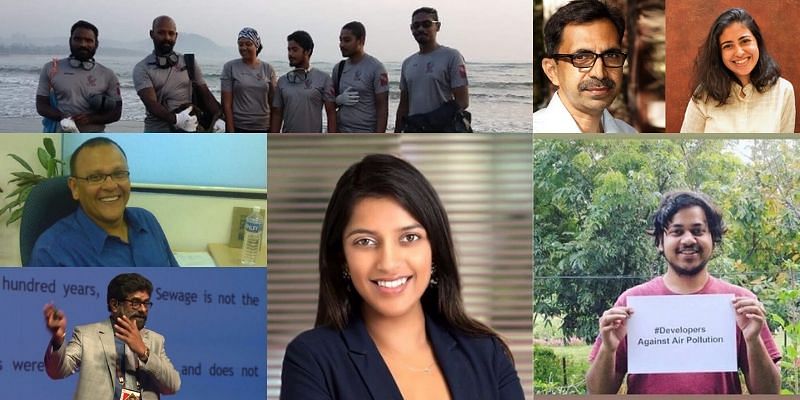 Climate change is taking a toll on us bigger than ever before. For example, pollution levels in Delhi soared to hazardous levels this month, leaving the government to declare a public health emergency. While this is attributed to a man-made disaster, the top-most priority right now is to save the environment.

On that note, here are some of the top stories this week that may uplift us and instill hope that all is not lost yet:

These divers in Vizag are on a mission to clean the sea, have already cleared 5,000kg of trash

Water pollution is a huge problem that affects the environment. Our rivers, lakes, seas, oceans, and most water bodies are filled either with effluent waste or with tons of garbage, especially plastic, causing harm to both human and marine life.

As many environmentalists across the globe are doing their best to curb the plastic menace, these five divers from Visakhapatnam have taken the matter into their hands, and decided to tackle water pollution in their city.

Together, the group removed 5,000 kg of waste from the sea in 13 days. It has also been actively working in cleaning the sea since October, supported by a team of volunteers.

The US Food and Drug Administration’s (USFDA) Centre for Devices and Radiological Health has labelled a medical invention by a Bengaluru-based scientist as a “breakthrough device” in the treatment of breast, liver, and pancreatic cancer.

The man behind this innovation is Rajah Vijay Kumar, Chairman of Organization De Scalene, an innovative technology company, and a researcher in the field of biophysics, nanotechnology, and sustainable energy.

Cytotron, the device conceptualised by Rajah, is intended to cause a decline in the uncontrolled growth of tissues. It assists tissue engineering of cancer cells by altering the regulation of specific proteins to stop these cells from multiplying and spreading.

Nukkad Pathshala, co-founded by Krutika Rao and her father Ganesh Rao, is a non-profit CSR initiative that was started in February 2014. It aims to prevent children in villages from dropping out of school by offering quality education for free at after-school learning centres.

The Nukkad Pathshala is a free after-school learning centre set up in “nukkads” of villages across India for students from KG to Class X. It introduces children to foundational math, English, and science, with 38 villages across Tamil Nadu being a part of the initiative.

In the last five years, the initiative has grown to 38 centres across Tamil Nadu – Salem, Coimbatore, Namakkal, Thanjavur, Tuticorin, Trichy, and Udumalpet. The nine-member team is currently impacting the lives of 1,500 students.

BSA is a downstream value-provider in the data analytics market, and aims to service various industries with insights and better decision-making tools. Its platforms bring critical value in tracking the macro particles of pollutants, and helps in understanding the air quality as well as the origin of these pollutants.

To help organisations and other stakeholders take better decisions towards controlling and mitigating air pollution, BSA is working towards building the world’s largest geospatial data refinery that will collect huge amounts of raw data, and pass it through a process of cleaning, purification, and treatment systems. These steps will make data more accurate and precise, and can power better decisions and actions by the relevant stakeholders.

In less than two years of its existence, the startup has received recognition with awards such as the MIT Solve, AI Innovation Prize, and Copernicus Masters Social Entrepreneurship Challenge.

Early this year, Mohit Beotra, 51, who was working as the Chief Brand Officer at Airtel, decided to act against rising air pollution, and started Air Pollution Action Group (A-PAG).

The startup focuses on raising awareness about air pollution among citizens, and assisting the government with implementing measures to improve the quality of air.

He also kick-started a social media campaign to create awareness and drive citizen engagement towards air pollution. With his team of five, he created a YouTube channel titled ‘Pollution Ka Kya Plan Hai?’, and began designing content in the form of catchy videos. The videos showcased startling facts about pollution, health risks, and how the situation could be improved.

Now, through A-PAG, Mohit plans to continue his efforts to try and solve air pollution crisis, and work with the government to implement measures to improve air quality.