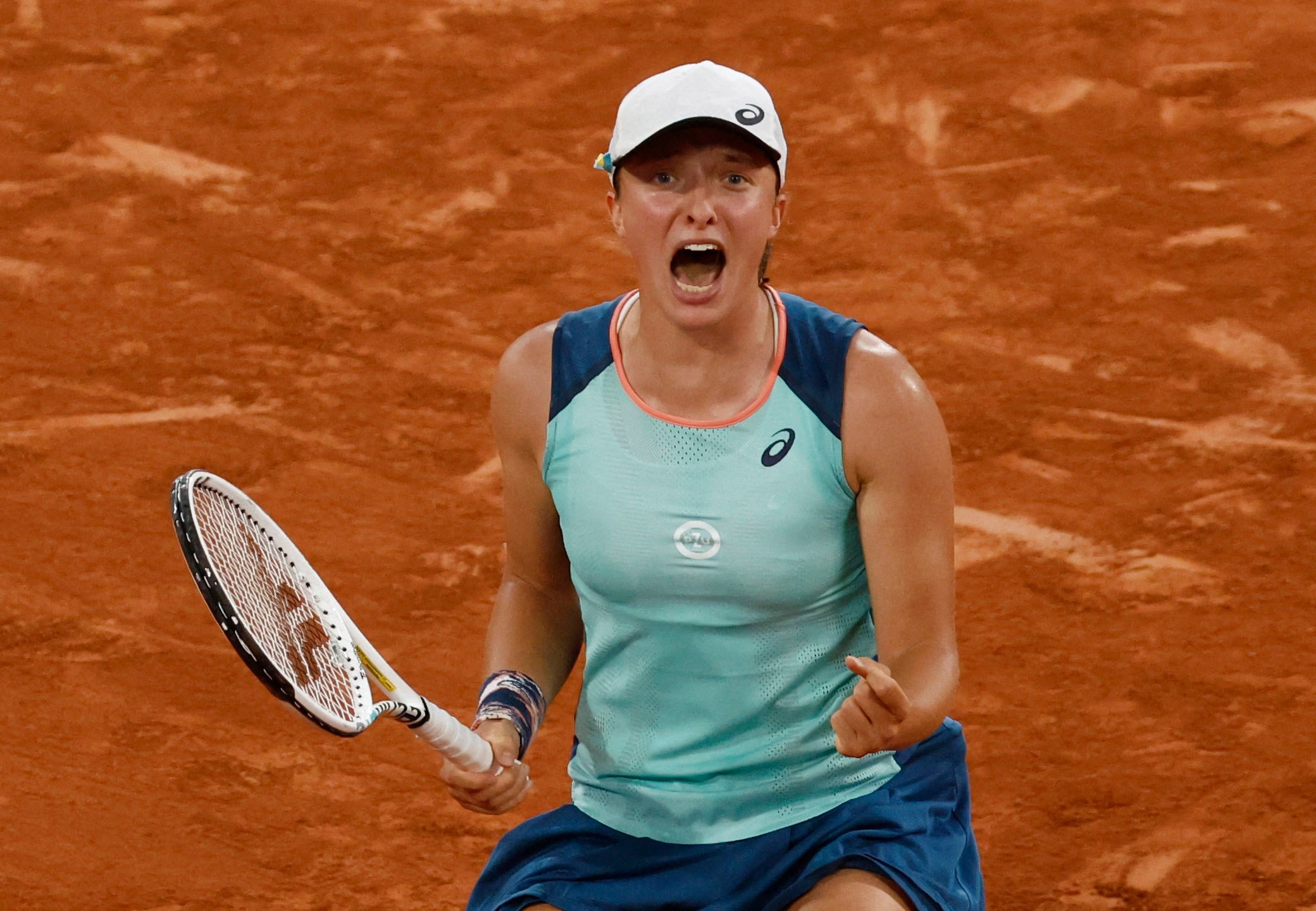 The 21-year-old Pole’s blend of power, poise and precision on the clay was too much to handle for the 18-year-old Gauff, who never recovered from a shaky start in her maiden Grand Slam final.

Swiatek, who took over as world number one when Australian Ash Barty announced her shock retirement in March, has now won 35 consecutive matches – matching the longest unbeaten streak since Venus Williams in 2000.

She raced through the opening set and snapped Gauff’s brief resistance in the second to become the fourth player this century to lift the Suzanne Lenglen Cup on multiple occasions.

Gauff had promised to play without pressure but in muggy conditions, she failed to find her breath as Swiatek’s all-in tennis added to the suffocating atmosphere.

The top seed, who now has two Grand Slam titles to her name, made the most of her opponent’s early nerves to break in the first game, setting the tone of a showdown many had hoped would be a close contest.

A superb backhand passing shot winner got Gauff into the groove, but Swiatek kept the pressure on and stole her serve again as she dragged the American off the court and forced her to hit a forehand wide.

She held for 4-0 and with little to lose, Gauff started to play more freely.

But the Pole hit back harder to go 5-1 up with a gravity-defying forehand winner that dusted the baseline.

Gauff saved a set point with a forehand winner but fired a backhand wide to go one down after just over half an hour.

But as a cool breeze lowered the temperature on court Philippe Chatrier, Gauff turned up the heat to go 2-0 up in the second set.

Swiatek was undeterred and she broke back for 2-2 before drowning Gauff in a deluge of winners to race to 5-2 up.

The American’s ordeal ended after 68 minutes when she sent a forehand long to hand Swiatek the title.

The new champion ran to her box after a brief celebration, while Gauff sat on her courtside chair and wept.