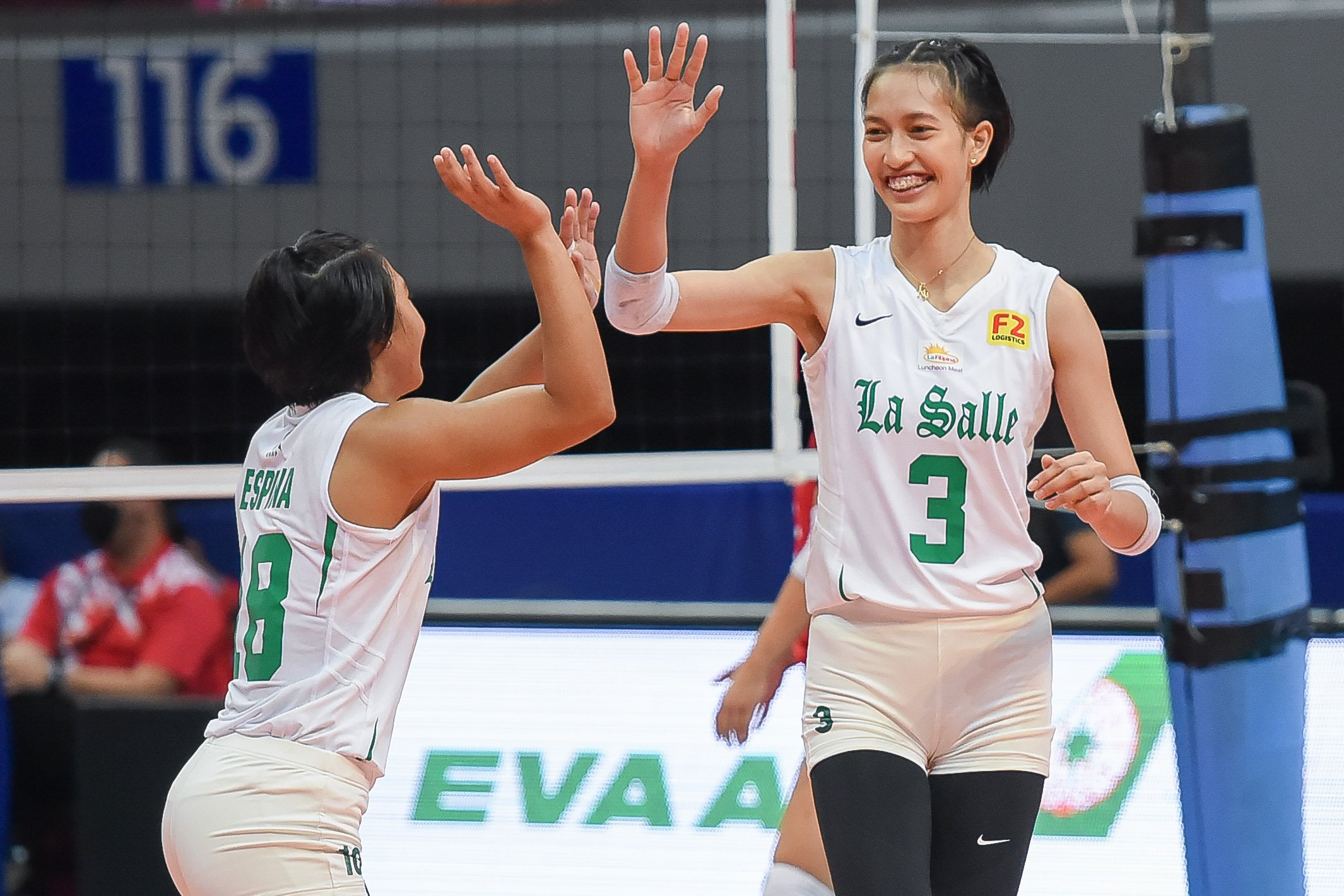 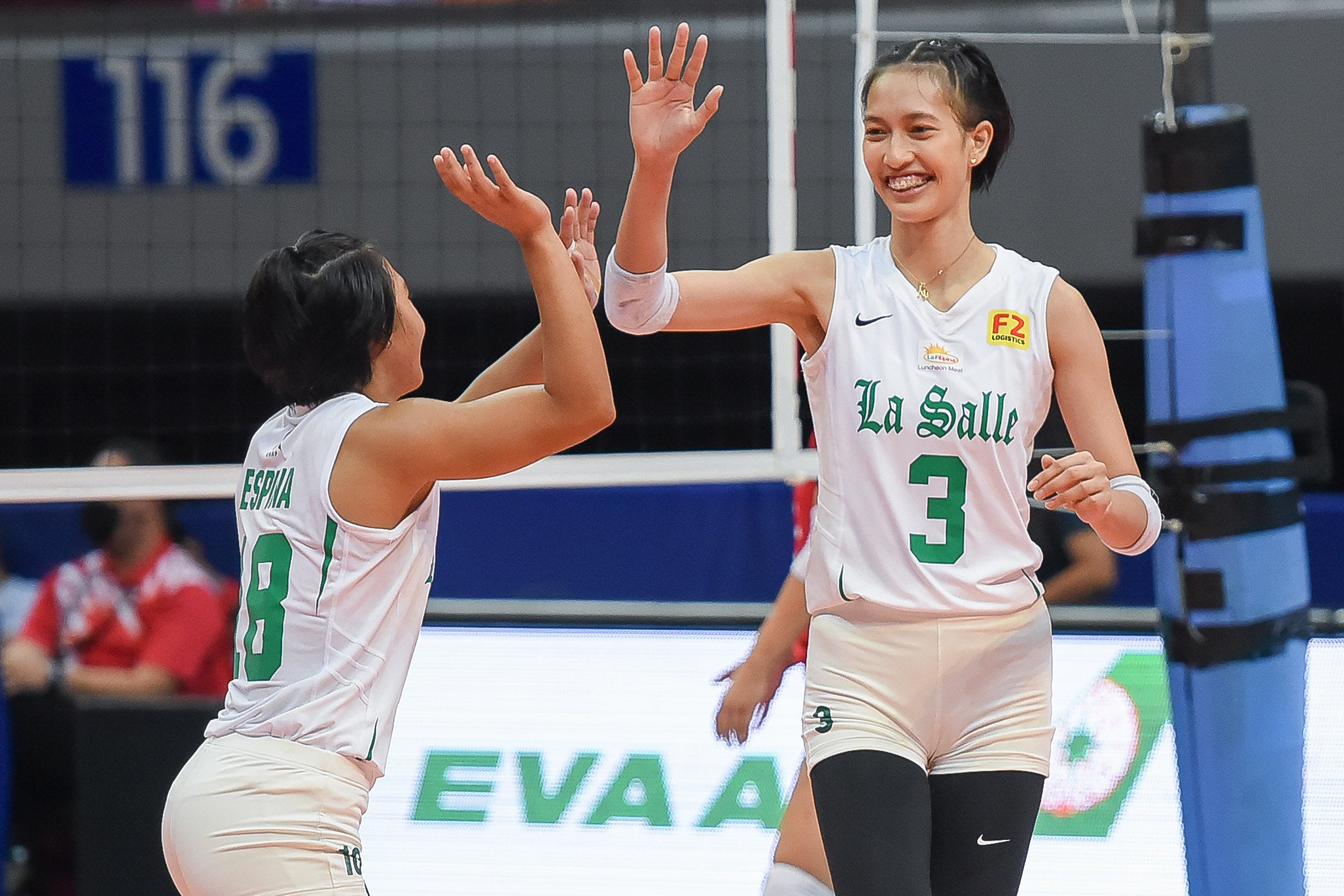 MANILA, Philippines — La Salle booked a ticket to the Final Four after foiling the winless University of the East, 25-12, 25-19, 25-22, on Saturday in the UAAP Season 84 women’s basketball tournament at Mall of Asia Arena.

Thea Gagate and Leiah Malaluan showed the way for the Lady Spikers in earning their fourth straight victory to tighten their hold of the second place with an improved 9-3 record.

Gagate delivered nine attacks and three blocks to finish with 12 points, as Malaluan also scored 12 built on 11 spikes and an ace and had 13 excellent receptions to lead their team to its 12th straight postseason since the 2008-09 season.

Fifi Sharma, Leila Cruz, and Matet Espina were also instrumental, chiming in with eight points each.

Espina made the most of her first start for La Salle, showing great defensive effort with eight digs and dive excellent receptions, helping libero Justine Jazareno, who had 20 digs.

“So far we got a 3-0 win for this. But UE really fought hard with their defense. They didn’t give up. They forced long rallies. We were successful with our blockings,” said La Salle assistant coach Benson Bocboc, whose wards dominated the Lady Red Warriors in blocking, 8-0.

“We still have a lot of things to work on for our last two games,” he added.

UE fought back from a 19-14 deficit in the third set as Dara Nieva trimmed it down to one twice, 21-20 and 22-21. But Malaluan stopped the bleeding for La Salle followed by Ja Lana’s attack error to reach match point, 24-21.

Rhea Manalo saved a point, but Cruz sealed the victory with a kill for the Lady Spikers

Nieva led the Lady Red Warriors with 12 points, while Manalo had 10 markers. Lana was held to just five as UE remained winless in 12 games — its 16th straight loss dating back to Season 81 in 2019.