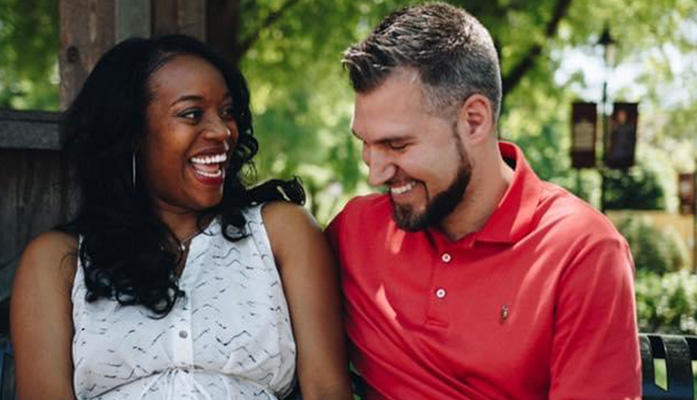 Head coach Tasha Washington is married to assistant coach Joe Bonham. The two complement each other well on the basketball court. She is more defensive-minded, and he is more geared to the offensive side of the ball.

But the staff sets itself apart for other reasons as well: Washington is a Black woman. Although diversity data is hard to find at the junior college level, at Division I, II and III, 12% of women’s basketball head coaches are Black women, according to NCAA.org. That’s compared to 32% who are white men. White women construct the highest percentage of head coaches at 45%. Just a decade ago, Black women head coaches made up 8%.

“More people that look like me are getting more chances to sit at the table,” Washington said. “It makes me feel good. … I have a very diverse group of players. For our Black athletes, you know, I sometimes feel like there is even more of a calling for me to be more of a mentor to them, not that I’m any less than the others, but just how big it is to be able to play for somebody that looks like you.”

Washington acknowledged she faced challenges stepping into the leadership role as a Black female head coach. She played for longtime Scottsdale coach Bike Meder, a black man, and her high school coach was a woman. Her sphere of influence was diverse throughout her playing days, but as she branched out, she realized just how rare her experiences had been.

As the U.S. celebrates the 50th anniversary of Title IX, Washington’s rise to the head coaching position illustrates the possibilities available for her players once their playing days end. She said she would not be sitting in the head coach’s chair if it was not for that piece of legislation. 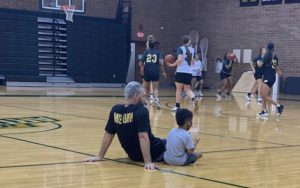 “It’s empowering to us, especially to see a woman like that, like our coach, just to see her,” sophomore forward Ashten Martinez said. “How much she’s achieved, it makes us more like, ‘Oh, we can do that too.’ So just to have that role model in our lives, like on and off the court … it’s amazing.”

For Washington and Bonham, the connection on the sideline mirrors their partnership off the court. Even when they are at home, the game of basketball is never far from their minds as a game is always on the television, which have turned their four-year-old son Ciaran into a fan.

“It’s awesome just to see them, like, connect on the court, off the court,” Martinez said. “It brings us together as well.”

Bonham is a part-time assistant and works a full-time job at Waste Management. He works closely with the company’s employees on the East Coast, so he begins working in the early morning hours. This schedule enables him to attend practice in the afternoon.

“When you’re a head coach, you want to have people around you that you trust and who better to have than my husband,” Washington said. “He’s going to have my back more than anybody. So, it just works out.”

Washington and Bonham began dating when they were both assistant coaches at the Division I level. She was at North Florida, and he was at Tennessee State. 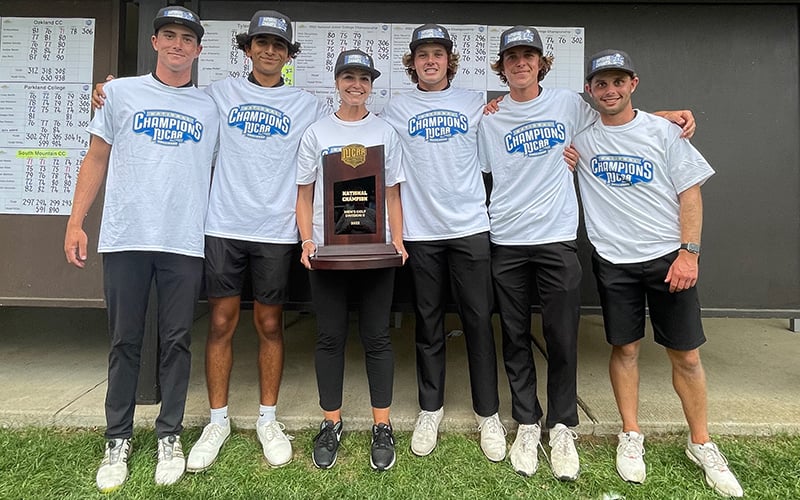 After six months of a long-distance relationship, the two got engaged – the night before their teams played against one another in 2014. Washington’s Ospreys won the game on a buzzer beater.

After getting married, the two stepped away from the game, but the hiatus lasted just six months. The opportunity to coach together on the AAU circuit in Tennessee opened, and they jumped at it. They coached with Tennessee Flight and helped to turn their squad from perennial losers to consistent winners.

“You could definitely see that they both correspond with each other with everything,” said Talia Dial, who is embarking on her freshman season with Scottsdale and who led the AIA in scoring with 25.5 points per game as a senior at Dysart High School. “It’s nice having the female, male perspective when we’re going through stuff, so just like it’s more in depth and just helps all the players overall.”

From Tennessee, Washington and Bonham came to Scottsdale, where Washington played before competing at Armstrong Atlantic State as well as professionally.

Upon joining Scottsdale, they both served as assistant coaches. Washington was elevated to head coach, and this past season was her first season leading the Artichokes. Scottsdale finished third in the conference with an 8-12 mark and a 14-14 overall record.

The team battled COVID issues throughout the campaign. After not playing any games the final 11 days of January, the Fighting Artichokes played 12 games in a three-week span in February.

“Those hurdles of helping others and pouring your heart and soul into others and doing it together, the hurdles you hit, it makes your own hurdles not feel as big,” Bonham said. “Certainly, the big ones, it’s easier to overcome because, I mean, you’ve done it with your spouse helping others, right?

“And I think if you can do that, then, I mean, together you can pretty much get through anything.”