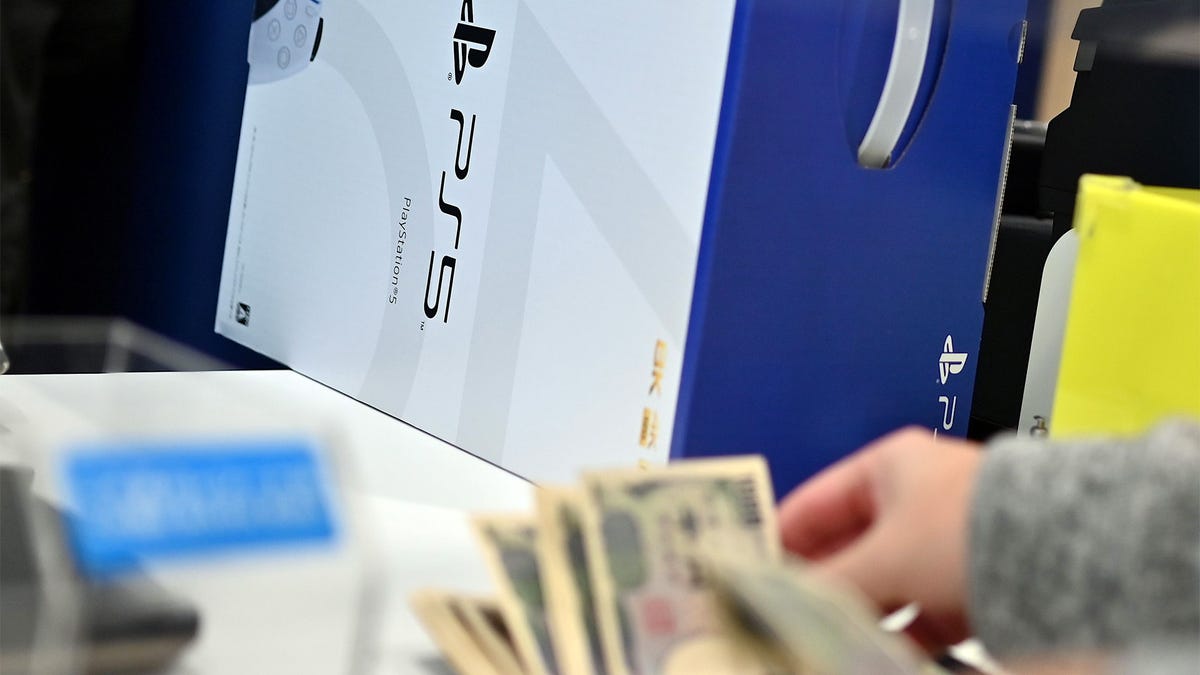 Trying to get your hands on a PlayStation 5 remains a fool’s errand. Stock sells out as soon as it becomes available. When it pops up from unofficial retailers, it does so with a staggering markup.

The scarcity is driven by a bunch of factors: by bots, which scoop up consoles en masse automatically; by a chip production shortage that’s resulted in disruptions across industries; by a pandemic that upended the global supply line; by scalpers, who are just the fucking worst. Experts believe that typical buying conditions—in which you can pop into your nearest GameStop and pick a PS5 up off the shelf—won’t be seen until 2023, at the very earliest.

Read More: When Will You Be Able To Get A PS5?

But in spite of all this, it’s not quite as difficult as it used to be to hop aboard the next-gen express.

Microsoft’s next-gen consoles—the Xbox Series X and the smaller, less-powerful Xbox Series S—have become much more readily accessible. You can buy both the Xbox Series X and the Series S for $499.99 and $299.99 respectively directly from Microsoft or another major retailer. But here’s the thing about buying a PS5: If you’re wondering where to buy one, you’re asking the wrong question. That answer’s simple. (Ex: Target, Best Buy, Walmart, GameStop, directly from Sony—whatever.) Instead, you should wonder how to get one. The trick there is to learn how to pinpoint when a PS5 will become available, and act immediately. Of course, these tactics don’t guarantee you’ll get your hands on one. But they’ll help a lot more than refreshing Walmart’s website every six minutes.

PS5 restocks occasionally get official announcements, but it can be hard to keep track of sporadic news drops. Speaking of refreshing Walmart’s website every six minutes, you, uh, might have to do that soon. The big box store will release a fresh batch of PS5 consoles for paying Walmart+ members—which anyone can become for the (not very) low, low price of $98 a year or $12.95 a month—on June 2. You can now also register to receive an invitation to purchase a PS5 directly from Sony the next time the company does a rare restock, though registering alone doesn’t guarantee you an invitation.

To help you stay organized with every drop, few services are more invaluable for tracking down a PS5 than stock alert sites like HotStock.io, which do exactly what you’d imagine: alert you when stock is back up. NowInStock.net, for instance, offers helpful trackers for the PlayStation 5. But that’s not the only draw. NowInStock’s readership is often abuzz, with users regularly hopping into the comments section to trade info about product drops in specific regions and share success stories on how they’ve gone about securing next-gen consoles of their own. For once, yes, you should read the comments.

If you’re on Discord, the right server is just as helpful—and fulfills just the same purpose—as a solid stock alert site. Servers like NerdSpeak, Stock Alert, Unobtainium, and Stock Drops are good places to check out.

Once you join a given server, you’ll usually get instructions on how to sign up for specific product alerts. Mostly it amounts to going into a setup channel and leaving a specific emoji under a certain message that lists all your options. Later, if you want to disable the alert for that product, just click the same emoji you left earlier to remove it.

Twitter might be the worst website in the world, but some accounts can help you get next-gen consoles, so, hey, worth it. Few in that regard are more helpful than Wario64, who not only will alert followers to new stock but also offer hours-long lead times on when direct purchases through Sony’s PlayStation Direct will go live.

Prep the sites you expect to shop on

So you signed up for alerts and got in a Discord or two. Great, but you’re not done yet. Before you kick back and wait for pop-ups to start rolling in, think about which sites you’ll be getting alerts for and go do everything you need to in order to make any eventual checkout process as quick and painless as possible.

Most often that means creating an account with that retailer. If you were expecting to get alerts for stock on Walmart.com, for example, it’d behoove you to create an account there and punch in as much info as possible, particularly your shipping address and billing info (save your credit card or other payment info there, provided you feel comfortable doing so). And if possible, set your web browser to preserve the site’s login cookies so you stay logged in between visits.

Now, when an alert comes in, you’ll be able to click the link, attempt to add the item to your cart, and (hopefully) check out with a bare minimum of further input. We say “hopefully” because lots of annoying crap can still go down when trying to check out on an e-commerce site under load, up to and including surprise CAPTCHAs, unplanned logouts, and all manner of other devilry. All you can do is make sure you’re as prepared as you can be going in, and roll with the rest.

The majority of our advice involves setting up alerts so that information gets pushed to you. That saves you from a never-ending hell of scouring retail sites day after day in hopes of that one-in-a-thousand restock.

However, you can definitely get a leg up by paying attention to what your fellow hunters are saying on the stock sites and Discord servers you just joined. They’ll often share the very latest information on your particular quarry, such as when and where the next’s restock’s expected. Sometimes it’s bunk, but often you’ll glean legitimately valuable intel. You don’t have to become a forum gremlin yourself, but it can definitely pay to keep tabs on the discourse.

Well, time to wait. Once you’re all set up, success can be contingent on being present at your computer or phone for hours-long stretches to jump on alerts within seconds (not minutes). If you’re able to hang out on your computer or phone for large chunks of the day you’ll be in a much better position to strike when an alert comes in. If not, hopefully you’ll be ready to capitalize next time.

But all your best-laid plans can’t change the fact that a PS5 is just super hard to get these days. Even if you do everything reasonable to tip the scales in your favor, you could still come up short. Sony itself said it was “still short somewhat” in meeting customer demand at a recent financial report Q&A, reports Ars Technica.

But in its financial report, the company also says it expects to sell a record 18 million PS5 units and is reportedly working on a new model with improved wireless communication. Sony seems to be trying to better the PS5 sales experience, but shopping for hard-to-get items can still be real frustrating. It’s your call as to whether the aggravations are worth the chance of eventual success.

It may help to keep in mind that countless other people hunting the same stuff—PS5s, RTX graphics cards, next-gen Xboxes—do eventually get what they’re looking for, as evidenced by the ecstatic messages they often leave on the stock-checking sites after the fact. The stars can align for you as well. You just need a little luck, and a lotta prep.

Of course, this entire endeavor is all quite a hassle, so you may also opt to play the super-long game and just wait until all these stock shortages resolve themselves, as they eventually will. This approach won’t get you a PS5 very quickly, but your cortisol levels and blood pressure might be better for it.