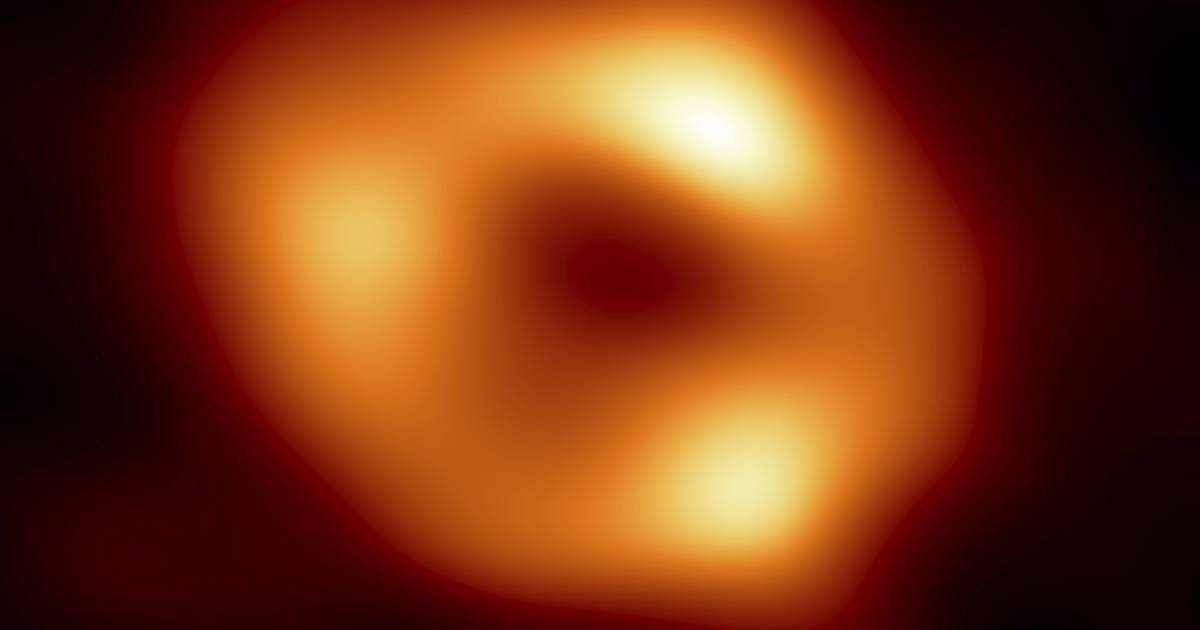 The black hole at the center of the Milky Way has finally gotten its closeup.

The center of our galaxy is on a supermodel-style starvation diet, eating the equivalent of a grain of rice over millions of years, an astronomer told The Associated Press.

The historic first image of Sagittarius A* was unveiled on Thursday by the Event Horizon Telescope, consisting of eight synchronized radio telescopes arrayed around the world.

The only other image we’ve procured of a black hole, in a galaxy far, far away, showed it was much bigger than ours, and more voracious. That was three years ago, in April 2019, and the photo was similar to the one unveiled on Thursday.

Normally, black holes, with their gravity strong enough to twist light and inhale interstellar matter such as superheated gas and dust, gobble up everything within range. This one is feeding on a trickle of hydrogen gas, as astronomers described it to Space.com.

It has long been known that our galaxy whirls around a supermassive black hole at its center – typical of other galaxies as well – but until now, we had not been able to see it.

The image confirms the black hole’s existence, for one. It also bears out Albert Einstein’s theory of relativity, AP noted, because it is exactly the size that the renowned physicist’s equations predicted it would be. The findings are being published in a special issue of The Astrophysical Journal Letters.

“Until now, we didn’t have the direct picture to prove that this gentle giant in the center of our galaxy is a black hole,” University of Arizona astrophysicist Feryal Özel at a press conference at the National Science Foundation on Thursday. “It shows a bright ring surrounding the darkness, and the telltale sign of the shadow of the black hole.”

The image shows the ring of gas surrounding the black hole shadow, which is 72 million miles across – the size of Mercury’s orbit. It’s 26,000 lightyears away from us. The black hole itself is invisible, since light cannot escape it.

More than 300 scientists at 80 institutions around the world collaborated to obtain the image – akin to coordinating the eight telescopes “in a process similar to everyone shaking hands with everyone else in the room,” said astronomer Vincent Fish of the Massachusetts Institute of Technology, according to AP.

The stunning image is a hard act to follow. But follow it they will: Plans are afoot to make it a movie.