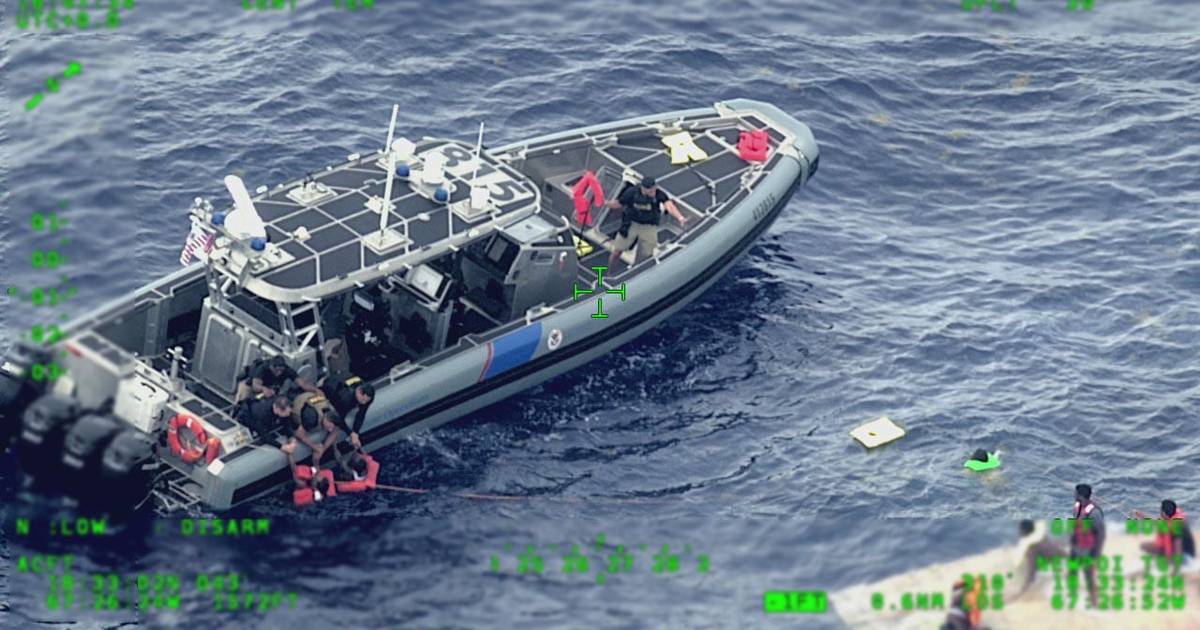 At least 11 people died Thursday when a small, overloaded boat capsized off the western coast of Puerto Rico, authorities said.

The Coast Guard also rescued 31 people from the waters around Desecheo Island, an uninhabited outpost about 15 miles west of the island of Puerto Rico.

Rescue teams continued searching for survivors throughout the day because it was unclear how many people were initially aboard the doomed vessel. The disaster was first spotted just before noon by a Custom and Border Protection aircraft, the Coast Guard said in a press release.

The Coast Guard said the boat was “suspected of taking part in an illegal voyage,” implying that it was a human smuggling scheme that failed. The boat capsized because it was carrying too much weight, the Coast Guard said.

Law enforcement agencies in the area have reported an increase in human smuggling operations attempting to reach Puerto Rico, usually from Haiti and the Dominican Republic. Boats carry people across the treacherous Mona Passage between the island of Hispaniola and Puerto Rico.

Four months ago and further north, a similar boat was caught in a storm between the Bahamas and Florida. Nearly 40 people were presumed dead.