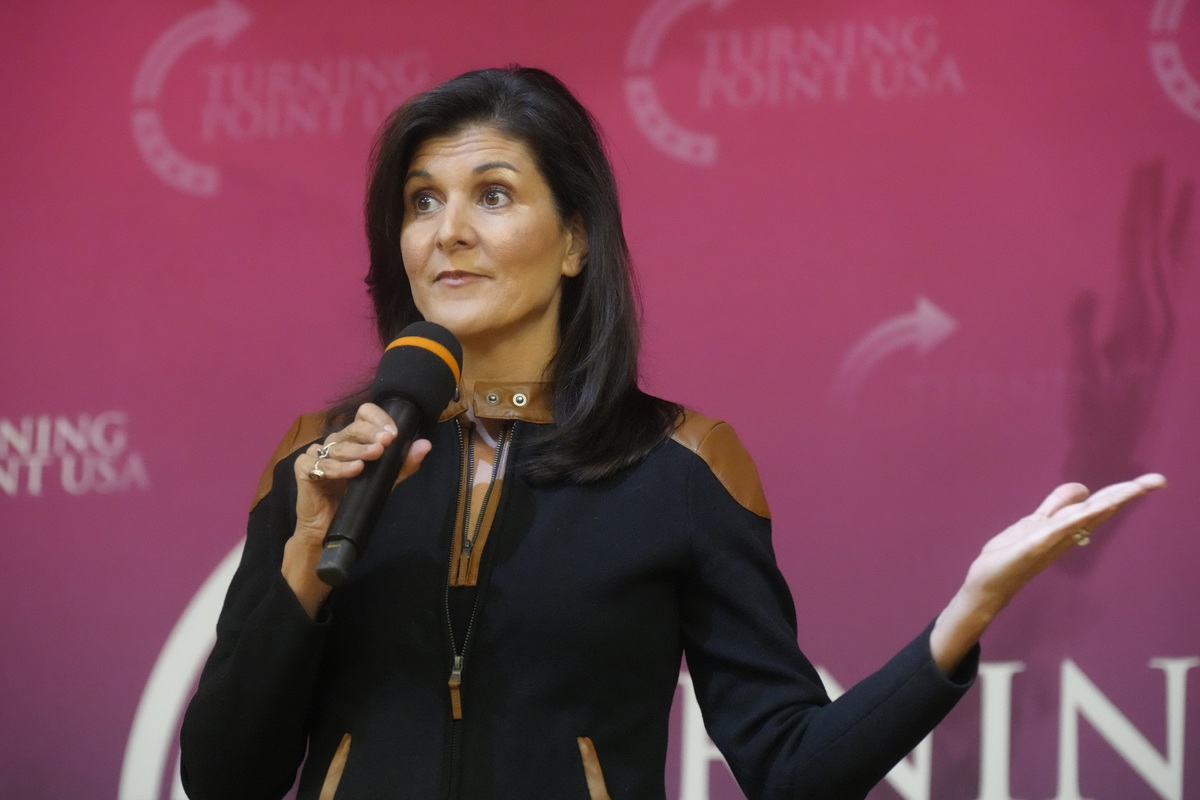 CLEMSON, S.C. — Nikki Haley, U.N. ambassador under President Donald Trump, said Tuesday that she would take the Christmas holiday to mull a possible 2024 presidential bid, contradicting her statement last year that she wouldn’t enter the race if Trump opted to run again.

“We are taking the holidays to kind of look at what the situation is,” the former South Carolina governor said during an event at her alma mater, Clemson University, sponsored by Turning Point USA. “If we decide to get into it, we’ll put 1,000% in, and we’ll finish it.”

The comments resembled Haley’s remarks at last week’s Republican Jewish Coalition gathering in Las Vegas, where she was among 10 potential Republican White House hopefuls to make their pitches in the GOP’s first major confab of the 2024 election cycle.

“I’ve never lost an election, and I’m not going to start now,” Haley said, in a line she repeated Tuesday at Clemson.

But Haley’s new tone stands in stark contrast with April 2021, when she replied “yes” when asked during a visit to a historically Black university in her home state if she would support a future Trump presidential campaign. Haley also then noted that she would not seek her party’s nomination if Trump were also running.

“I would not run if President Trump ran, and I would talk to him about it,” Haley said then, asked by The Associated Press if a possible Trump bid could preclude her own effort, were he to announce first. “That’s something that we’ll have a conversation about at some point, if that decision is something that has to be made.”

Haley’s staffers on Tuesday declined to say if such a conversation had taken place, or what had caused Haley to change her tone on what 2024 may hold for her, now that Trump is officially in the race.

Haley, who served six years as South Carolina’s governor before Trump asked her to join his Cabinet, was U.N. ambassador for two years before leaving on her own accord. The coming years included moves that have nodded toward a possible bid for higher office, including moving back to South Carolina, launching a political action committee and publishing a memoir.

Like other Trump administration officials considering presidential bids, including former Vice President Mike Pence and former Secretary of State Mike Pompeo, Haley has walked a tightrope between criticism and praise of the former president. Following the Jan. 6, 2021, attack on the U.S. Capitol, Haley said Trump had been “badly wrong” in stoking the crowd before the riot and that his “actions since Election Day will be judged harshly by history.”

Since then, Haley has promoted the administration’s accomplishments and even defended her former boss as “opinionated,” as she did in early 2021.

A Trump campaign spokesman did not immediately return a message seeking comment Tuesday on Haley’s remarks. Taylor Budowich, a former Trump spokesman now working for his super PAC, MAGA Inc., dismissed Haley by calling it “unfortunate to see politicians who President Trump made relevant use 2024 as life support for their political career.”