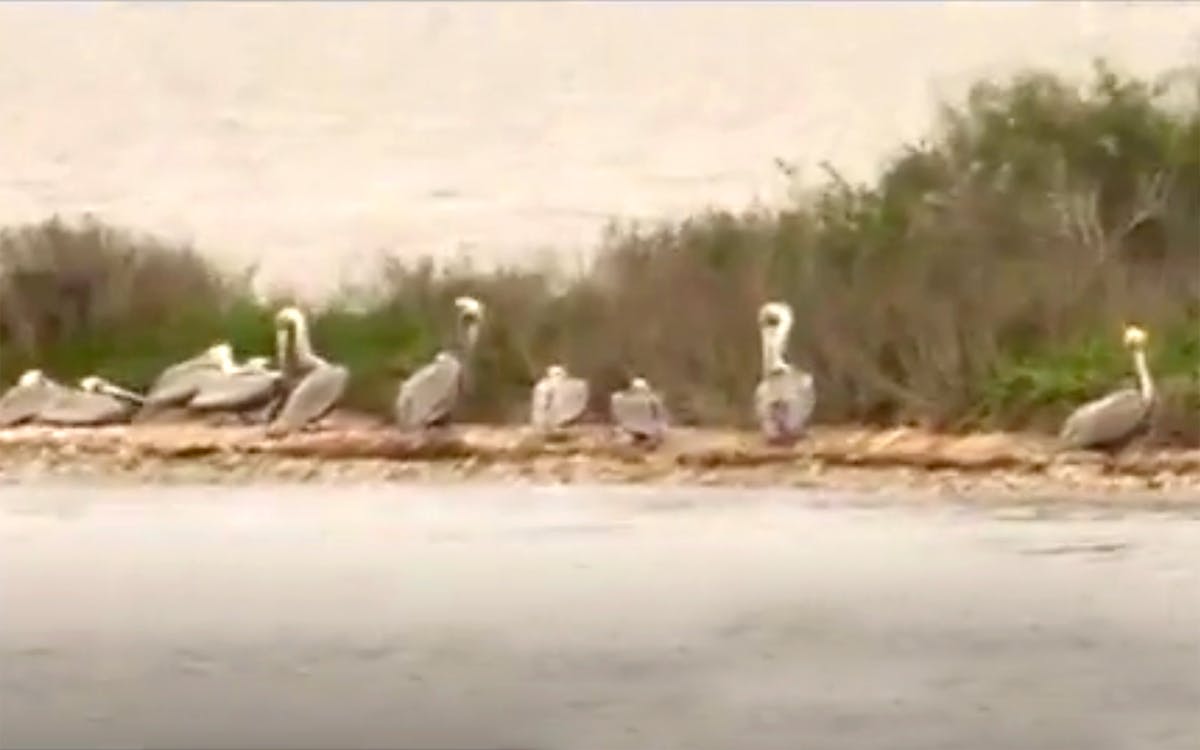 Some of the stories we tell on TCR are humorous, others are emotional. Sometimes we’ve got a story that’s just plain important.

On our way down to Rockport in 2009, we had a feeling the story we would encounter there would be important.

Captain Tommy Moore was waiting for us when we arrived at his shallow-water cruising boat, the Skimmer. It was early morning and, like Gilligan and the Minnow, Captain Tommy was ready to take us on a three-hour tour. We joined a boatful of other folks who had made their way to the Gulf Intracoastal Waterway from all over the world in hopes of seeing one of the most endangered species on the planet: the whooping crane.

This part of the Texas Gulf Coast has become a birder’s paradise. Bird watchers say it’s one of the best places to see birds you won’t find anywhere else, or at least not in the numbers you find here. But the whooping crane is the prize pony of the birding world, the one everyone hopes see in the marshes where these birds live from November through spring, before returning all the way to Canada to give birth to their young. (Although apparently last year, whooping cranes nested in Texas for the first time since the late nineteenth century.)

The birds stand almost five feet tall and have a wingspan of seven to eight feet, making them a rare sight indeed. And that rarity is probably the very thing that caused their numbers to dip in the early twentieth century to only fifteen known birds anywhere on earth.

After decades of conservation work, the whooping crane population is only in the hundreds. And that’s why we were all boarding the Skimmer that winter morning—to catch sight of this majestic creature.

While aboard, we were surprised to be joined by Captain Ted Appell, the original owner of the Skimmer, who helped promote public awareness of the whoopers’ critical situation. We had met Captain Ted aboard the Skimmer once before, 22 years earlier. He heard we were back for another visit and, in his aging years, wanted to see the whooping cranes one last time.

As we cruised around the marshes—and because of Captain Ted’s early conservation efforts—I wished this was some something that others might be able to experience for many years to come.