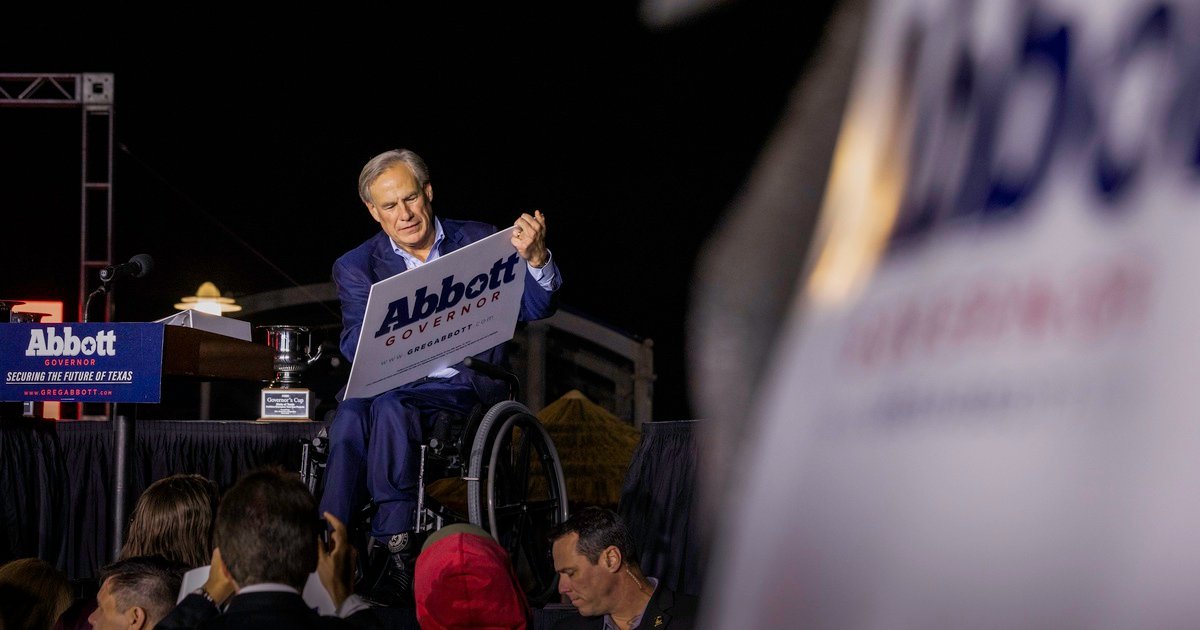 With more than four months left until election day, Gov. Greg Abbott is pressing one of his biggest advantages in his reelection campaign: money.

In recent days, the Republican governor’s campaign has announced nearly $20 million in early ad buys for the general election, emphasizing what has been a massive financial advantage over Democratic challenger Beto O’Rourke. The ad reservations include $2.75 million for Hispanic media, $8.8 million separately for TV and $8.15 million for digital platforms.

Abbott’s campaign has characterized all of the buys as initial and has said the early TV reservations allow it to lock down the most valued air time. The campaign has declined to comment on additional details, including when the ads will start airing.

O’Rourke intends to go on TV but has not announced any specific plans yet. He has been fundraising off Abbott’s ad-buy announcements, urging supporters “to make sure that we have the resources to fight back.”

As of the last campaign finance report in mid-February, Abbott had $49.8 million cash on hand to O’Rourke’s $6.8 million. The next fundraising report is due July 15, and it will cover the candidates’ finances through June.

Abbott’s campaign made clear months ago that it will spare no expense against O’Rourke, who trailed the governor by 5 percentage points in the latest public poll. After Abbott won his primary in March, his chief strategist, Dave Carney, told reporters the campaign will spend over $100 million against O’Rourke.

“Abbott and his corporate donors have no choice but to resort to blanketing the airwaves with millions of dollars in false ads as his poll numbers plummet, his job approval tanks, and Texans of both political parties continue to oppose his dangerous extremism,” O’Rourke campaign spokesperson Chris Evans said in a statement.