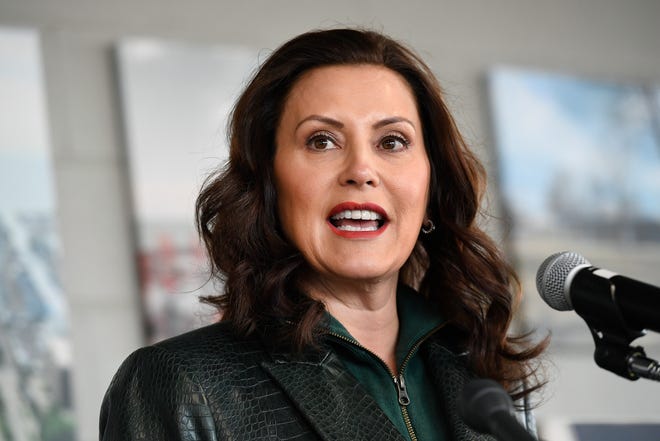 Whitmer’s lawsuit filed earlier this month challenging a 1931 ban on abortion came in anticipation that the U.S. Supreme Court could overturn the landmark Roe v. Wade decision that enshrined abortion as a constitutional right.

The lawsuit names 13 county prosecutors, seven Democrats and six Republicans, who may be called on to enforce the 1931 law in counties where abortion clinics are present.

In a statement earlier this month, seven of those county prosecutors, all Democrats, said they supported the governor in her effort and would not enforce the 1931 law should Roe be overturned.

Whitmer’s lawsuit was filed almost in tandem with a similar suit by Planned Parenthood of Michigan. The suits contain similar arguments but differ in that Planned Parenthood’s litigation was filed in the Michigan Court of Claims, while Whitmer filed in Oakland County Circuit Court. She said she was using her executive authority to seek immediate intervention from the Michigan Supreme Court rather than go through the lower state courts first. The state’s high court has a 4-3 majority of Democratic-nominated justices.

In a statement to The News late Monday, Whitmer said overturning Roe will criminalize abortion and affect nearly 2.2 million Michigan women. She added that if a woman is forced to continue a pregnancy against her will, it can have devastating consequences, including keeping families in poverty.

“In the coming weeks, we will learn if the U.S. Supreme Court decides to overturn Roe v. Wade,” Whitmer said. “If Roe is overturned, abortion could become illegal in Michigan in nearly any circumstance — including in cases of rape and incest — and deprive Michigan women of the ability to make critical health care decisions for themselves. This is no longer theoretical: it is reality. That’s why I am filing a lawsuit and using my executive authority to urge the Michigan Supreme Court to immediately resolve whether Michigan’s state constitution protects the right to abortion.”

The Lansing-based center claimed Whitmer “has no unilateral authority to attack a state law as being unconstitutional” and “no case or controversy requiring judicial intervention exists.”

“Neither Mr. Jarzynka nor Mr. Becker have ever prosecuted anyone for violating this statue. The Governor has not alleged that a single woman or doctor has been prosecuted under this criminal statute in fifty years,” according to the release. “Contrary to the Governor’s claims, no pressing need exists requiring a court to issue an injunction to stop a prosecutor from enforcing a law that he is not enforcing.”

The center also asserted there is no state constitutional right to an abortion and the lawsuit is a “direct assault on prosecutorial discretion.”

“The State’s highest compelling interest is to protect life,” Jarzynka said in the release. “Moreover, I will vigorously defend the right of all prosecutors to be free from political pressure in charging decisions.”

Becker said he was offended by “yet another attempt by Governor Whitmer to usurp the normal legislative process. If she wants to change a law, introduce a bill, and convince the People that it is in their best interests to enact it. Filing suit and looking for the Supreme Court to do it, is not the right way.”

Michigan’s 1931 ban, known as Act 328, makes it a felony to perform an abortion. At the time it was written, abortions were a significant cause of maternal deaths, but has essentially lain dormant since Roe was decided. The ban would be enforceable should the 1973 decision be overturned.

Attorney General Dana Nessel, a Democrat, has said she would not enforce the 1931 law if Roe is overturned, but county prosecutors also have the authority to bring charges under the law.

The Michigan Supreme Court often prefers to have the lower courts weigh in on issues rather than expedite decisions, except in emergency cases.

“Governor Whitmer should not be wasting her time and taxpayer dollars to bring such irresponsible and meritless lawsuits,” said David Kallman, GLJC Senior Legal Counsel. “Governor Whitmer cannot circumvent the Legislature and the will of the people. The Governor has no ‘delayed veto power’ to attempt to rescind a law over 90 years after its enactment, simply because she disagrees with that law.”