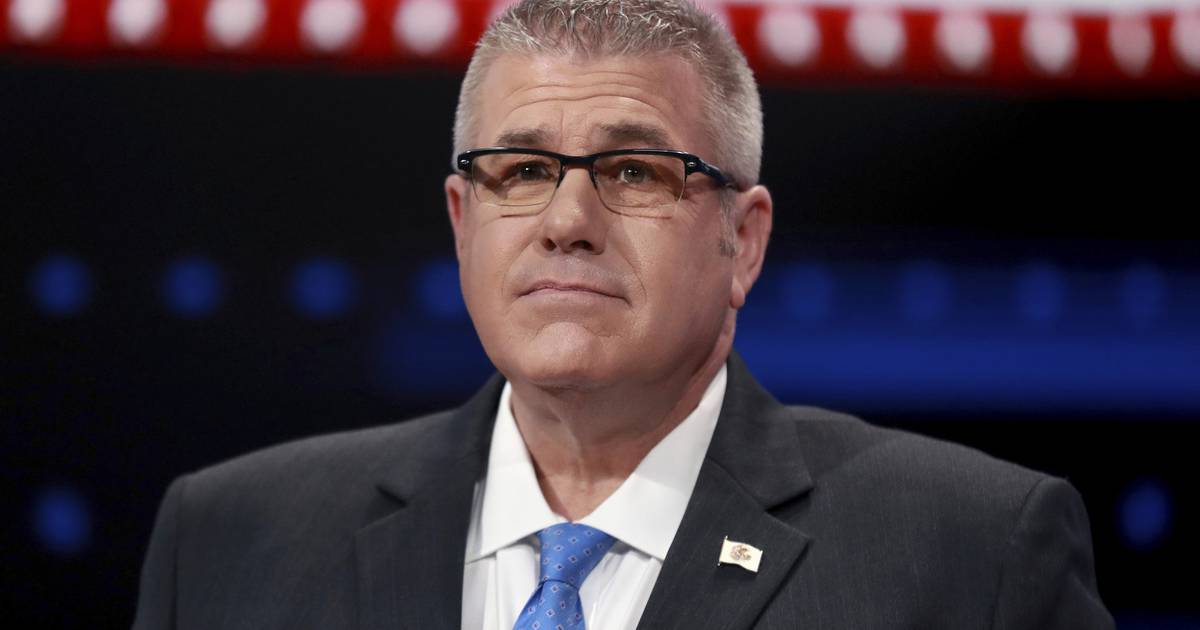 GOP candidate for governor Darren Bailey on Thursday doubled down on comments he made a week ago that Chicago is a “hellhole” during a debate among the six candidates vying for the Republican nomination.

“Chicago’s a great city and we’ve got to restore it. But interestingly enough, a week ago you probably heard me refer to it as a hellhole. And you want to know what happened within hours after I made that statement? A homeless man was burned alive. He’s fighting for his life today,” Bailey said, referring to a 75-year-old man known affectionately to Chicagoans as the “Walking Man” being doused in a flammable liquid and lit on fire.

“Mayor (Lori) Lightfoot, Gov. (J.B.) Pritzker, (Cook County State’s Attorney) Kim Foxx and their woke, anti-police policies, they are responsible for this,” continued Bailey, a state senator from downstate Xenia. “And if we are going to restore Chicago, somebody’s got to tell the truth. I said it, and when I’m elected as governor I’ll fix the problem and we will restore the greatness to Chicago.”

The comments came as part of a wide-ranging debate that touched on mass shootings, safety in schools and Chicago crime, among other topics. The debate, hosted by ABC- 7 Chicago, Univision and the League of Women Voters of Illinois, was the first, and likely last, televised broadcast forum featuring all six GOP candidates before the June 28 primary — though contender Jesse Sullivan of Petersburg took part remotely after testing positive for COVID-19.

Several of the candidates criticized Irvin’s leadership as Aurora mayor, questioning his contention that crime in Illinois’ second-largest city has decreased since he became mayor in 2017.

“When we look at Aurora I saw a 40% increase in your city — 40% increase in crime over your leadership,” Rabine said. “I don’t call that leadership and really caring about our police and crime. I can’t see how you’re going to govern a state that way.”

The debate occurred against the backdrop of two mass shootings in the U.S. in a little more than a week. On Wednesday, a gunman killed four people and then himself at a Tulsa, Oklahoma, medical clinic. The previous week, 19 children and two adults were killed at an Uvalde, Texas, elementary school before that gunman was killed by law enforcement. In both instances, the gunmen used high-powered, high-capacity assault weapons.

Hours before the debate, Sullivan announced he had tested positive for COVID-19 on Wednesday night after undergoing testing required by the debate sponsors.

The debate comes as an already heated TV ad war intensified with a spate of recent commercials from Irvin that promote his backing of law enforcement groups and other ads that attack Bailey, a nod the race may be moving into a two-man contest as the primary nears.

The attack ads on Bailey are critical of the senator’s record of voting for property tax increases while serving on a local school board and also contend Bailey is receiving Democratic support in attacking Irvin because Democrats believe Bailey would be easier to defeat in the November general election.

Funding Irvin’s ad campaign is his largest campaign contributor, hedge fund CEO Ken Griffin, who has now put $50 million behind the Aurora mayor. The effort is part of billionaire Griffin’s political feud with Pritzker, an entrepreneur and a billionaire heir to the Hyatt Hotels fortune.

Bailey, who shied away from expensive Chicago advertising until last month, has benefited from the funding of another billionaire, conservative megadonor Richard Uihlein of Lake Forest, who owns the Uline business product and office supply company. Uihlein gave Bailey $3 million earlier this week, bringing his total contributions to the downstate senator to more than $9 million. Additionally, Uihlen has given an independent expenditure group backing Bailey and running Irvin attack ads nearly $8.1 million.

Check back for more updates.